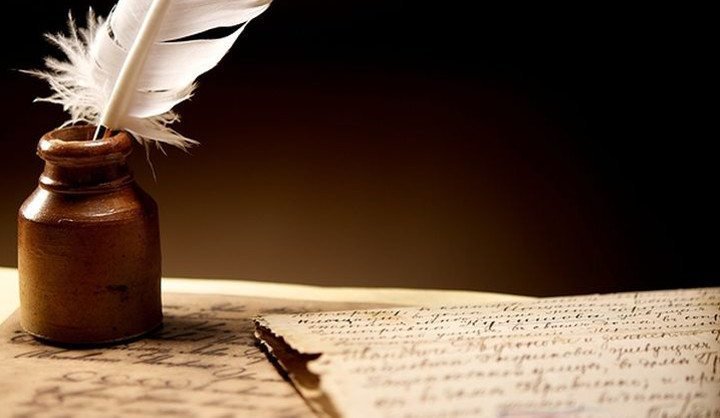 Hey, everybody! It’s been a few weeks since our last update and, as you may or may not know, quite a bit has happened since then. First up, we just finished our final week of our six-week Parable series. Next week, we will start our newest series on the Epistles. If you want to catch up on our previous episodes or want to check us out on Apple Podcasts, click here!

We also have a new addition to announce: we have officially hired a marketing coordinator. Welcome, Cooper Clark! Cooper is currently getting his degree in marketing so we greatly appreciate his talents and efforts. We look forward to seeing how he helps us grow and improve the podcast over the coming months! There are even a few more potential aesthetic changes coming soon so stay tuned…

Without further ado, let’s take a look at what the next two weeks of Bite Size Theology have in store:

The very first sermon ever given in the early church was given by Peter, and in Acts 2, at the end of his sermon, he says this:

“‘Let all the house of Israel therefore know for certain that God has made him both Lord and Christ, this Jesus whom you crucified.’ Now when they heard this they were cut to the heart, and said to Peter and the rest of the apostles, ‘Brothers, what shall we do?’ And Peter said to them, ‘Repent and be baptized every one of you in the name of Jesus Christ for the forgiveness of your sins, and you will receive the gift of the Holy Spirit. For the promise is for you and for your children and for all who are far off, everyone whom the Lord our God calls to himself.’ And with many other words he bore witness and continued to exhort them, saying, ‘Save yourselves from this crooked generation.’ So those who received his word were baptized, and there were added that day about three thousand souls.'”

In his sermon Peter is calling the crowd to repent. And the word “repent” may be another word that has negative connotations for some of us. It may bring to mind someone standing on a soapbox with a megaphone condemning people as they walk past. It may bring you back to some of the angrier sermons you’ve heard, where condemnation seems to be the emphasis, rather than the redemption of the gospel…

One shortcoming of some Biblical teaching is that it can assume its audience knows who all of the people groups discussed in the Bible are. When we talk about Pharisees, Sadducees, Samaritans, and so on, it’s easy for these to blur together to the point where it becomes difficult to identify who anyone is, or their significance when they’re brought up in Scripture. So even if you’re listening to this and you do know the term Gentile as it’s used in Scripture, and who it refers to, it’s also important to talk about why this matters.

Let’s define it right off the bat: the word Gentile simply refers to a non-Jewish person. So if you weren’t a Jew back in Jesus’ day, it meant you were a Gentile. That also means you and I are, in all likelihood, Gentiles.

Alright, so why does that matter? It matters because it gives us a idea of the scope of God’s plan throughout history. In the Old Testament, God chose to demonstrate his glory through a select group of people, the Israelites. Through obedience to God’s law and through their demonstrable worship of him, they were supposed to show the rest of the world what a flourishing community under their Creator looked like. The problem with this ended up being the Israelites themselves. Over and over throughout the Old Testament, even the people we look at as Biblical “heroes” were anything but heroic. Abraham didn’t trust God to provide him and his wife with a son, so he slept with Hagar, his wife’s handmaid to get one. Moses killed an Egyptian and exiled himself for it, and then initially objected to God’s call for him to speak to Pharaoh because of his own speech impediment. David slept with another man’s wife and had that same man killed in battle so that no one would find out. Even though these people are often elevated to some sort of higher plane in Biblical discourse, it’s important for us to recognize that they all suffered from sin just the same. None of them were able to fulfill God’s law. Only Jesus did…

t’s officially the time of year where we celebrate milestones. Many young people are graduating from middle school, high school, and college and are on the verge of crossing new thresholds in their lives.

The Bible itself speaks to us of milestones, particularly in Joshua 4:1-7: “When all the nation had finished passing over the Jordan, the Lord said to Joshua, “Take twelve men from the people, from each tribe a man, and command them, saying, ‘Take twelve stones from here out of the midst of the Jordan, from the very place where the priests’ feet stood firmly, and bring them over with you and lay them down in the place where you lodge tonight.'” Then Joshua called the twelve men from the people of Israel, whom he had appointed, a man from each tribe. And Joshua said to them, “Pass on before the ark of the Lord your God into the midst of the Jordan, and take up each of you a stone upon his shoulder, according to the number of the tribes of the people of Israel, that this may be a sign among you.”

Here God institutes for his people a very literal precedent of setting milestones. But why does God ask the Hebrews to establish these stones? Let’s finish the passage.

Jesus’ mother Mary is one of the most beloved people in the Bible and probably the most universally respected and honored woman of history. Her story is truly inspiring for men and women alike: a morally virtuous, godly young woman is called by God to give birth to the Savior of the world. Though she knew what people would think of her carrying a child before she had been with her soon-to-be husband Joseph, Mary humbly thanked God for honoring his servant with such an incredible task.

“My soul magnifies the Lord, and my spirit rejoices in God my Savior, for he has looked on the humble estate of his servant. For behold, from now on all generations will call me blessed; for he who is mighty has done great things for me, and holy is his name. And his mercy is for those who fear him from generation to generation. He has shown strength with his arm; he has scattered the proud in the thoughts of their hearts; he has brought down the mighty from their thrones and exalted those of humble estate; he has filled the hungry with good things, and the rich he has sent away empty. He has helped his servant Israel, in remembrance of his mercy, as he spoke to our fathers, to Abraham and to his offspring forever…”” 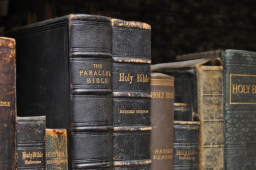