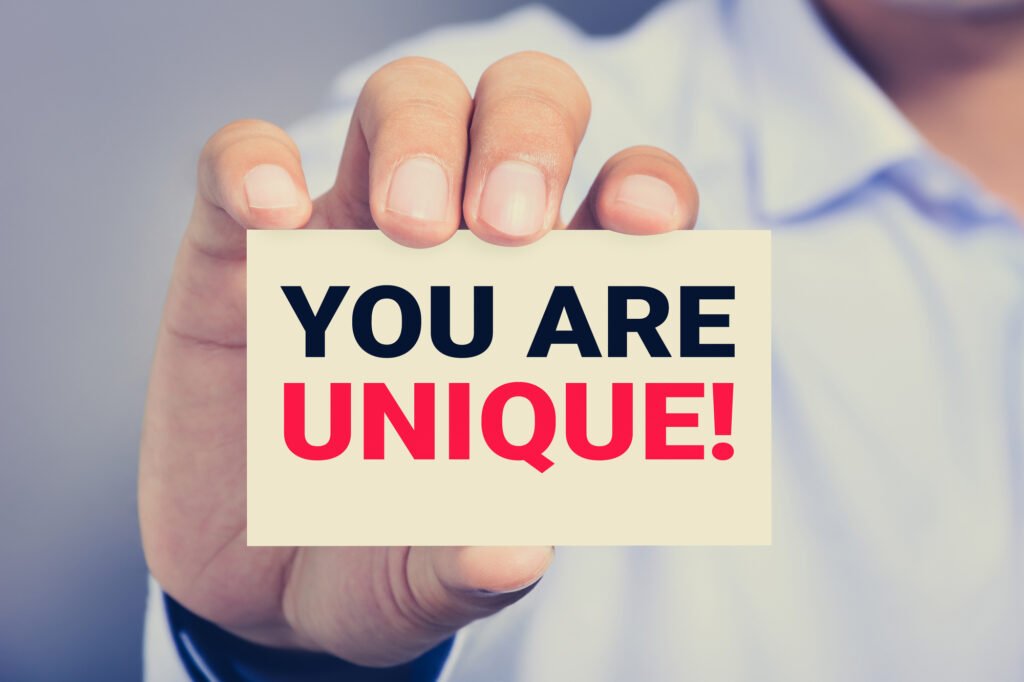 What makes you unique?

“Be yourself. Everyone else is already taken.” –Oscar Wilde, author

For his thirtieth birthday, Romesh and I traveled to England, and his incredible wife, Lawson, sent us to a Liverpool versus Arsenal soccer game (a Premier League football match). It was one of the best sporting events I’ve ever attended. Romesh thought it would be just the two of us for ten days. But to his surprise, three other friends joined us one by one. In England, one shrieked Romesh’s name from a dark alley as we walked home from dinner. One hid in the shower in our rental flat in Notting Hill and jumped out when Romesh went into the bathroom to brush his teeth. That was a scary one. But the best reveal by far was his best friend, Danny. We were at a shawarma shop in Piccadilly Circus. It was cafeteria style, where you order your main dish, move down a long counter while selecting your sides, and then pay at the register. Danny was wearing the shawarma shop’s uniform and standing at the register. In his best English accent (which was terrible), he asked Romesh, “Can I get you anything else?”

Romesh was flabbergasted. He shook his head, mumbling unintelligible gibberish. Then he let out a confused “Uhhh” as he turned to us in line and pointed at Danny. It looked like Danny, but Romesh thought it couldn’t possibly be him. Romesh squeaked, “We have to take a picture.” Romesh thought he had found Danny’s twin.

It’s often said that everyone has a twin somewhere in the world, but I wholeheartedly disagree. Vehemently disagree. Each one of us is unique. Even if we look very similar on the outside, each of us is our own person on the inside. We all have unique DNA—even identical twins! Your fingerprints, eyes, lips, tongue, and every other part of you are one-of-a-kind. Not only is your DNA—your “nature” or chemical makeup—unique, but your nurture is also unique. Your nurture includes your upbringing, culture, and life experiences. You’ve probably heard that you’re “one in a million,” but if that’s true, then mathematically speaking that means there are almost eight thousand of you in the world since the world’s population is approximately eight billion. In other words, “one in a million” isn’t quite right. It’s more like one in a billion, or if we’re being sticklers, you are actually one in eight billion. There is no one like you. You have a specific purpose and a unique contribution to make in this world.

“We don’t see things as they are; we see them as we are.” –Anaïs Nin, author

Self-awareness is rooted in knowing yourself. So how do you get to know yourself? Your inner circle of friends is one crucial component. Your ride or dies. People who will love you and tell you the truth even when it hurts—especially when it hurts. Who will play the role of “lie detector” in your life? You need someone. They don’t put up with fake or superficial. They don’t hide your blind spots or encourage unhealthy behaviors or habits. They aren’t scared of you. They speak to you from a place of love, and they encourage you to be the best version of yourself. They ask deep, probing questions. Who have you let in to your guarded life? As author David John Seel explains, “We, too, need to build conscious contrarian voices into our leadership teams. … We need people around us to expose our pretense, self-importance, and inauthenticity.”

“You will become the average of the five people you spend the most time with.” –Jim Rohn, author of The Art of Exceptional Living

Here are a few questions to help you identify and assess your inner circle:

Your inner circle is dynamic. You are always growing and changing, so your inner circle may change as well. It may not. As your values change or others’ values change, you might become incompatible. This is okay. It’s a normal part of life and sometimes necessary, even if it is sad. It’s not easy to drift apart from friends who were once close, but often, it is the natural byproduct of growing as a person. We must pay attention to who we allow into our inner circle. They will tell us much about ourselves.