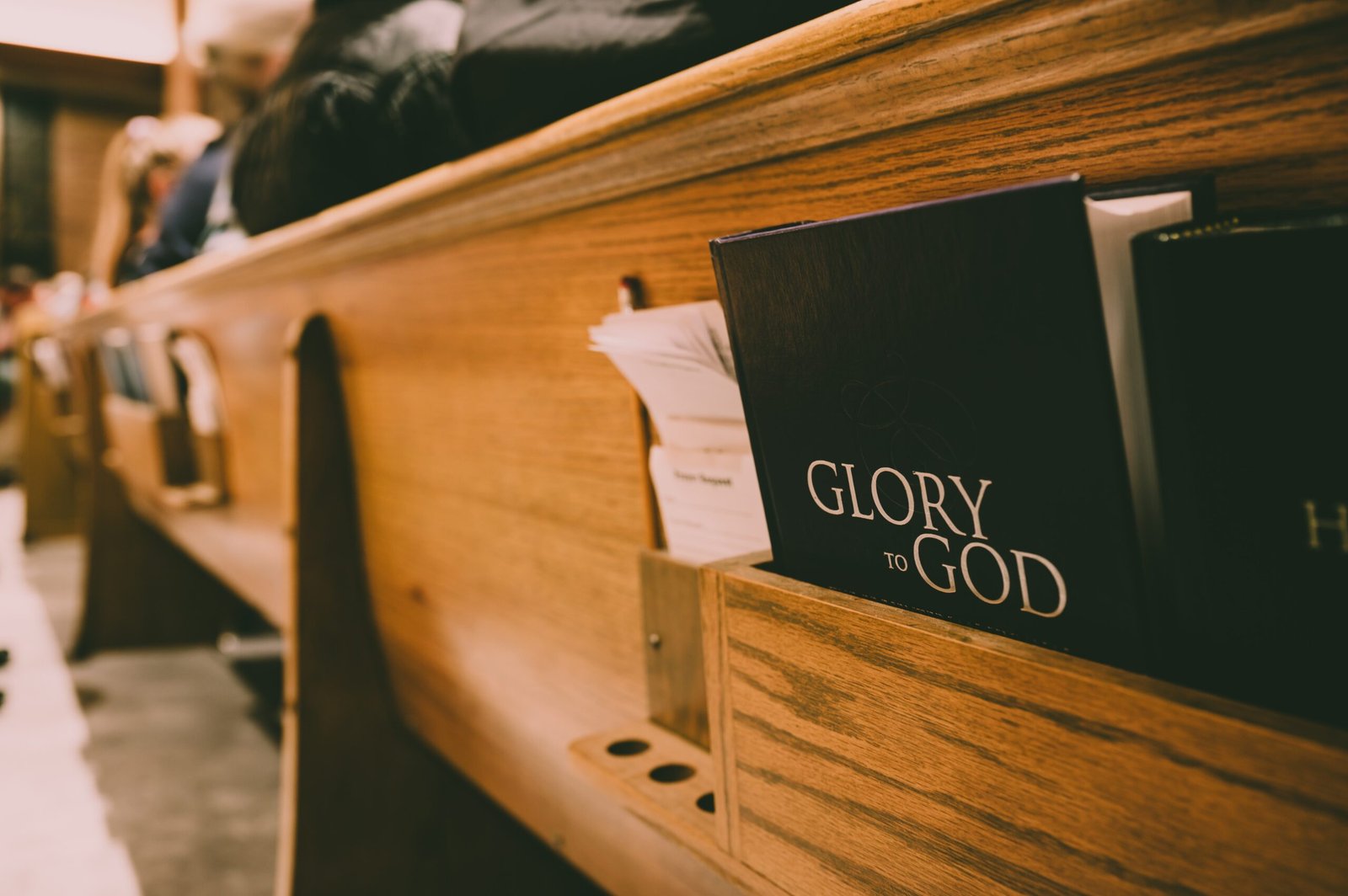 Confident faith is displayed throughout the Bible since the beginning. For a list of references, check out the book of Hebrews, chapter 11. This may also be known as the “hall of faith.” This list consists of people in the old testament who stood in radical faith even before the Holy Spirit was poured out. They are our forefathers in the faith. They were written down as examples of what true faith looks like. But we who have received His Spirit are called to an even greater level of faith. “All these died in faith, without receiving the promises, but having seen them and having welcomed them from a distance” (Hebrews 11:13). With Christ now in us, the Hope of Glory (Colossians 1:27), We have the responsibility to carry out this faith while the promises of God are no longer a mystery but have been revealed to us. “The mystery which has been hidden from past ages and generations, but has now been manifested to His saints” (Colossians 1:26). We are chosen. We are called to live more radically in faith than ever before.

“To those who are of the faith of Abraham, who is the father of us all” (Romans 4:16). Abraham is called the father of faith. He displayed one of the most radical steps of faith even before scripture was written down. First of all, He was around 100 years old and was given a promise that was far beyond the natural. God said to him, “as for Me, behold, My covenant is with you, and you will be the father of a multitude of nations” (Genesis 17:4). The bible says at the time of receiving this promise, Abraham was as good as dead because of his age. “With respect to the promise of God, he did not waver in unbelief but grew strong in faith” (Romans 4:20). By choosing to believe, Abraham grew so strong in faith that even after having the miraculous son God promised, God tested him with the instruction of sacrificing his only son. “He considered that God is able to raise people even from the dead” (Hebrews 11:19). Without hesitation, Abraham was willing to follow God’s instruction to sacrifice his son Isaac. While Isaac was the son God promised, Abraham believed God would raise him from the dead and be faithful to His previous promise. “In Isaac your descendants shall be called” (Genesis 21:12).

Abraham took these radical steps of faith while there was no scripture to turn to. He didn’t have fathers around him to console and help give him any guidance. He could have easily considered himself mad or insane. But Abraham had hope where there was no hope at all. “In hope against hope he believed”(Romans 4:18). God spoke to him and Abraham believed Him. “Abraham believed God, and it was credited to him as righteousness” (Romans 4:3). Today, we have it easy. God has spoken to us through His Son. He’s given us His written word. He called us to rest in Him and to live by His Spirit. Jesus said, “Take My yoke upon you and learn from Me, for I am gentle and humble in heart, and you will find rest for your souls” (Matthew 11:29). Jesus has fulfilled the law and conquered sin and death. All that’s needed of us is to obey His commandment of resting in Him. His Spirit is what guides us and lives through us. While we have the scriptures and countless fathers in the faith, there is no reason we cannot believe in the very word of God and act with even greater faith than Abraham.

Another man with this confident faith was the prophet Elijah found in the book of 1Kings. One of the most signature events of his life was when he challenged 450 prophets of Baal to prove who the real God is. “I alone am left a prophet of the Lord, but Baal’s prophets are 450 men” (1Kings 18:22). They all agreed to the challenge of setting up an altar for either god to bring fire upon it and prove who the real God is. After the prophets of Baal could not get their god to respond to their prayers, it was now Elijah’s turn. As an act of faith, Elijah not only set up the altar, he poured 4 pitchers of water over the sacrifice and wood. He poured those 4 pitchers of water on the altar 3 times. This water soaked into the wood and created a flow of water around the altar. If that wasn’t enough, Elijah also filled the water in the trench underneath the altar. Doing so was completely illogical to the carnal mind. Normally you do not soak anything with water if you’re expecting it to catch fire. Elijah did this not to test God, but he confidently did this to prove exactly who God is. Elijah prayed and God answered. “Then the fire of the Lord fell and consumed the burnt offering and the wood and the stones and the dust, and licked up the water that was in the trench” (1Kings 18:38).

If you read the prayer of Elijah in that book, you’ll notice there was no pleading in Elijah’s words. He prayed in full assurance that God would answer Him. Elijah trusted God because he heard from Him and knew exactly who He was. While the odds were overwhelmingly against him, he raised the stakes by drenching the altar with water because He knew what God was going to do would be supernatural. It is this confidence we must have in our faith as well. Through the gospel of Jesus, we have heard from God and know exactly who He is. He stirs up our spirit to want what He wants everyday. He wants only life and life abundantly (John 10:10). If we truly know the love of God, our lives and prayers should be filled with expectation surpassing that of Elijah. “He who did not spare His own Son, but gave Him up for us all —How will He not also, along with Him, graciously give us all things” (Romans 8:32). It is this confident faith we must have to enter God’s rest as He commands us. Nonetheless should our prayers reflect the rest we remain in.

I remember hearing this revelation of Elijah and being mightily blessed in my prayer life. There was a time my friends and I went out evangelizing in the streets of Santa Ana, CA. We ran into a homeless man as we were handing out In-N-Out burgers. We came to find out he was a Christian but I noticed his language was filled with shame as he claimed God only saw him as a filthy rag. The opportunity came when I corrected his thinking and told him how Jesus made him nothing less than the righteousness of God. As pain in his knee was brought to our attention, the revelation of Elijah was pressing in on my heart. In faith I told him that we would pray and God would heal him to confirm the words I’m saying to him are true. We prayed a simple prayer and the knee of that homeless man was healed. A bright smile came to his face and he was stunned. About a week later I saw him again as I was walking to a coffee shop. I asked about his knee and he said it hasn’t bothered him since. The conversation went on with him explaining how much God loves him saying, “oh, God says I’m a prince!”A

nother instance happened when I was in need of a new phone and I couldn’t afford one. The one I had got to the point where it wouldn’t work unless it was plugged in and charging. When unplugged, it would only work for roughly one minute. One night, my wife and I were praying. In faith I said, “God’s gonna give me a brand new phone (not used) in one of two ways. Either someone will hand me the phone still in its case, or money will come from an outside source where I’ll be able to purchase a new one.” I said this in faith and my wife thought I was kidding. But I was totally and completely serious. A couple weeks past and my job at the time decided to host a casual get together. While the gathering was ending, around 10 people got to talking about iPhone’s while I was having a separate conversation. I overheard them pointing out how bad my iPhone was, so I showed them the crack on it and said, “yea, it looks like terminator haha.” An employee blurted out, “If we all pitch in $40, Taber can go get a brand new iPhone SE.” To my surprise, one by one, they all venmo’d me $40 each; some gave even more. My prayer was answered and I was able to by a brand new iPhone with a solid protective case.

I explain these testimonies not to boast in myself, For these are all God’s doing. But my hope is that all reading this would be encouraged to stand more confidently in faith. When Jesus told His disciples, “Heal the sick, raise the dead, cleanse the lepers, cast out demons. Freely you received, freely give” (Matthew 10:8), He gave them authority to freely do these things. He did not tell them to ask for permission first or to plead with God that it might happen. The permission was already granted by His word. Therefore, we have His word to pray whatever we wish in His name and it will be given to us. “If you remain in Me and My words remain in you, ask whatever you wish, and it will be done for you” (John 15:7). It is His word that we rely on and His Spirit in whom we walk. We should not let the spirit of fear be in the way of what He longs to do. “The prayer of Faith will heal the sick” (James 5:15). It is His word, therefore it is His promise. If you do not see your prayers come to fruition, keep praying as you did at first, for faith never quits. Step confidently before your loving Father and pray to Him without shame or condemnation. “Let us then approach God’s throne of grace with confidence, so that we may receive mercy and find grace to help us in our time of need” (Hebrews 4:16).