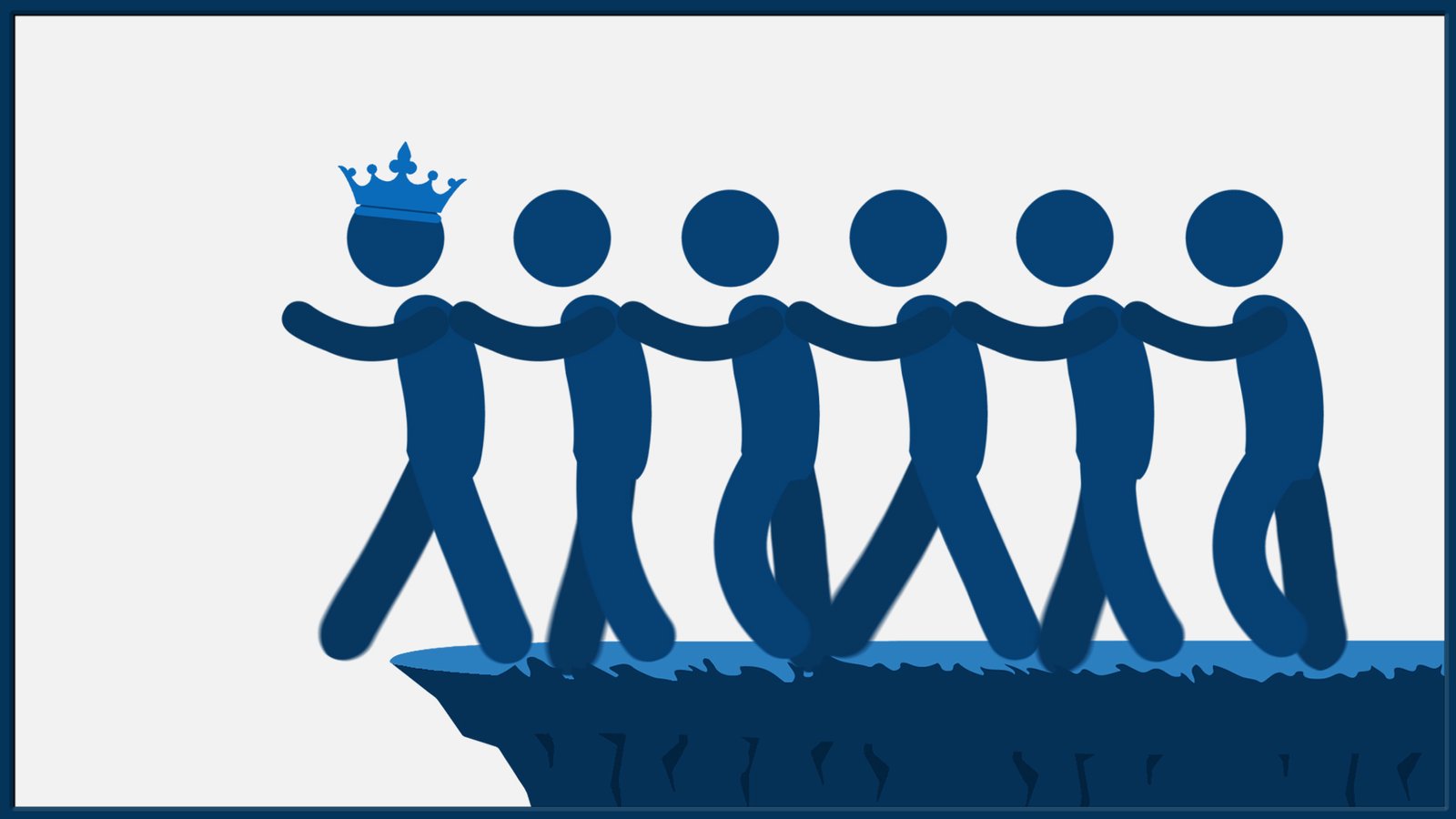 O-B-E-D-I-E-N-C-E, Obedience is the very best way to show that we believe.

This line from an old summer camp song is the only reason I know how to spell obedience. But only if I sing the letters to the right tune. Much like every time I spell bananas, thanks Gwen Stefani for Hollaback Girl, my correct number of A’s and N’s as well as their placement would be completely lost without those lyrics. Or let’s be real, delicious anybody? Hashtag Fergalicious.

The first song I mentioned has a little bit better of a message than the second two, but now that we are on the same page with singing to remember spelling, lets get into the real reason we are here.

I’m pretty sure between the words obedience and surrender, it’s hard to pick a less favorite word. We talked about surrender a couple blogs ago and how much that word can make our skin crawl but how very important of concept it is for us to learn as well as an action to carry out if we want to serve our King.

Obedience is so the same way.

Today I woke up mad. And we’re talkin’ more than just the wrong side of the bed. I was so tired of waiting on God to deliver us and so frustrated that He’s taking so long to do so. Frustrated and heart bitter I reluctantly sat down to read the Bible. I’m reading through Exodus and Matthew right now and neither of them sounded appealing. I know, that sounds truly horrible, and it was. But I’ve gotta be real with you or we are not going to get anywhere. I decided to do a word study and I felt like “wait” was the appropriate word to do it on. As I flipped to the back of my concordance (-big word for where words show up in the Bible) I was looking for the W’s when the word “Obey” just about leaped off the page and grabbed me by the scruff. Like I do to my puppy when he’s being a little snot. I looked at the word. Kept flipping. Found wait, waiting, waited and started writing down the verses listed. Buuut as you might have guessed, the Holy Spirit, you know, the One that illuminates the text in the first place whispered to my conscious and I flipped right back.

So, this is what I gathered from my reluctant, at first, study of Obedience, to my soon humbled perspective. (Side note: Isn’t it kinda crazy how we usually, or at least for me, I am usually so reluctant to obey but once I do it grants me so much rest and peace and comfort.) Before I dove in this morning, I had to get on my knees and apologize. Turn away from my anger with God and instead bring to Him my frustrations and impatience. He graciously forgave me and took the weight off my shoulders. In His Word He tells us to cast our cares on Him because He cares for us. (The 1st letter to Peter, chapter 5 verses 6 and 7) And He does. He cares for our mental wellbeing, our mood, our tension. He is not sitting up on a cloud tapping His fingers together laughing at us, He is readily available to provide shelter for us underneath His wings (The book of Psalms, chapter 91, verse 4) but first, we have to realize He is God and we are not and h-u-m-b-l-e ourselves. …there is no song I know of that spells out humble but that’s definitely one I could have used this morning.

The book of Romans chapter 5, verse 19 says, “For as by one man’s disobedience many were made sinners, so also by one Man’s obedience many will be made righteous.”

JESUS was obedient. He was obedient to God His Father. Adam, remember, first human, he was not obedient. Adam made a choice to disobey the one rule that was set for him by God. Don’t eat the fruit of the knowledge of good and evil- The book of Genesis chapter 2, verses 16 and 17. By not obeying Adam brought death into the world. By obeying, Jesus brought life, salvation and restoration. So, our first lesson on obedience is that it is life giving. Another place in the Bible that reinforces this truth is Ephesians chapter 6 verses 1 through 3: “Children, obey your parents in the Lord, for this is right. “Honor your father and mother,” which is the first commandment with promise: “that it may be well with you and you may live long on the earth.””

Now, the second truth I took away from this lesson session is that, as said, Jesus, King Jesus was obedient. If you don’t know Jesus you don’t know how ludicrous this is but in the letter to the Philippians, chapter 2, verses 5 through 8 explain this conundrum: “Let this mind be in you which was also in Christ Jesus, who, being in the form of God, did not consider it robbery to be equal with God, but made Himself of no reputation, taking the form of a bondservant, and coming in the likeness of men. And being found in appearance as a man, He humbled Himself and became obedient to the point of death, even the death of the cross.”

Christ Jesus, equal with God took the form of a bondservant, a human, a sacrifice for all other humans, and obedient.

Right?! Like they’re all null and void. If we are Christ followers, we have gotta do what Christ Himself did. And that means even on the days where we wake up on the wrong side of the bed or wake up straight up livid.

The text says Jesus “humbled Himself and became obedient”. So, we can assume that humility and obedience go hand in hand. Humility is a hard one. Much like obedience and surrender it takes getting that we are not God or lord over all. Humility takes embracing the reality of who God is, leaving denial behind and giving up our lives to serve Him.

“The Lord’s Prayer” was the prayer that Jesus used and uses to teach His disciples how to pray. It’s used so many times in church services, but how many times is the meaning of the words lost in the monotony? The prayer begins with, YOUR kingdom come, YOUR will be done on earth as it is in Heaven (The book of Matthew, chapter 6, verses 5 through 15). Jesus is praying to His Father in Heaven. God’s kingdom, God’s will. Not ours. Not our church’s, not our nation’s kingdom, not our personal will, but GOD’S. Have we ever truly meant that?

The Word says that Jesus became the “author of eternal salvation to all who obey Him” -The letter to the Hebrews, chapter 5, verse 9. Obedience equals salvation. Are we able to humble ourselves and obey? It goes against every ounce of flesh we’ve got but obedience produces life.

We are pretty much all familiar with the story of Jonah and the big fish, right? Well when Jonah tries to avoid obedience, the ship he is on nearly plummets everyone to their death. But when Jonah finally, though reluctantly, obeys God, (There’s that reluctancy again) this promise is shown true. The city he speaks to, Nineveh, repents and everyone is saved. (The book of Jonah).

Okay, so how? How do we obey God? Especially when we have no idea what we are suppose to do? What if, I don’t know, say we are in a season of WAITING. The clock is ticking and standing in unemployment lines is looking ever more real every hour that we don’t get that call. How do we obey God in those moments???

We do what He says in His Word.

We are humble, kind, faithful.

We turn away from evil and resist temptation and the devil. (the letter from James chapter 4, verses 7 through 10).

We bath in scripture, prayer and worship the one true God.

Our faith cannot be contingent upon God’s blessings. That’s the prosperity gospel.

Our obedience cannot be contingent upon everything working out in a way we understand because His ways are not our ways and His thoughts are higher than ours. (The book of Isaiah, chapter 55, verses 8 and 9)

For His kingdom, His will.

Obedience really is the best way to show that we believe.