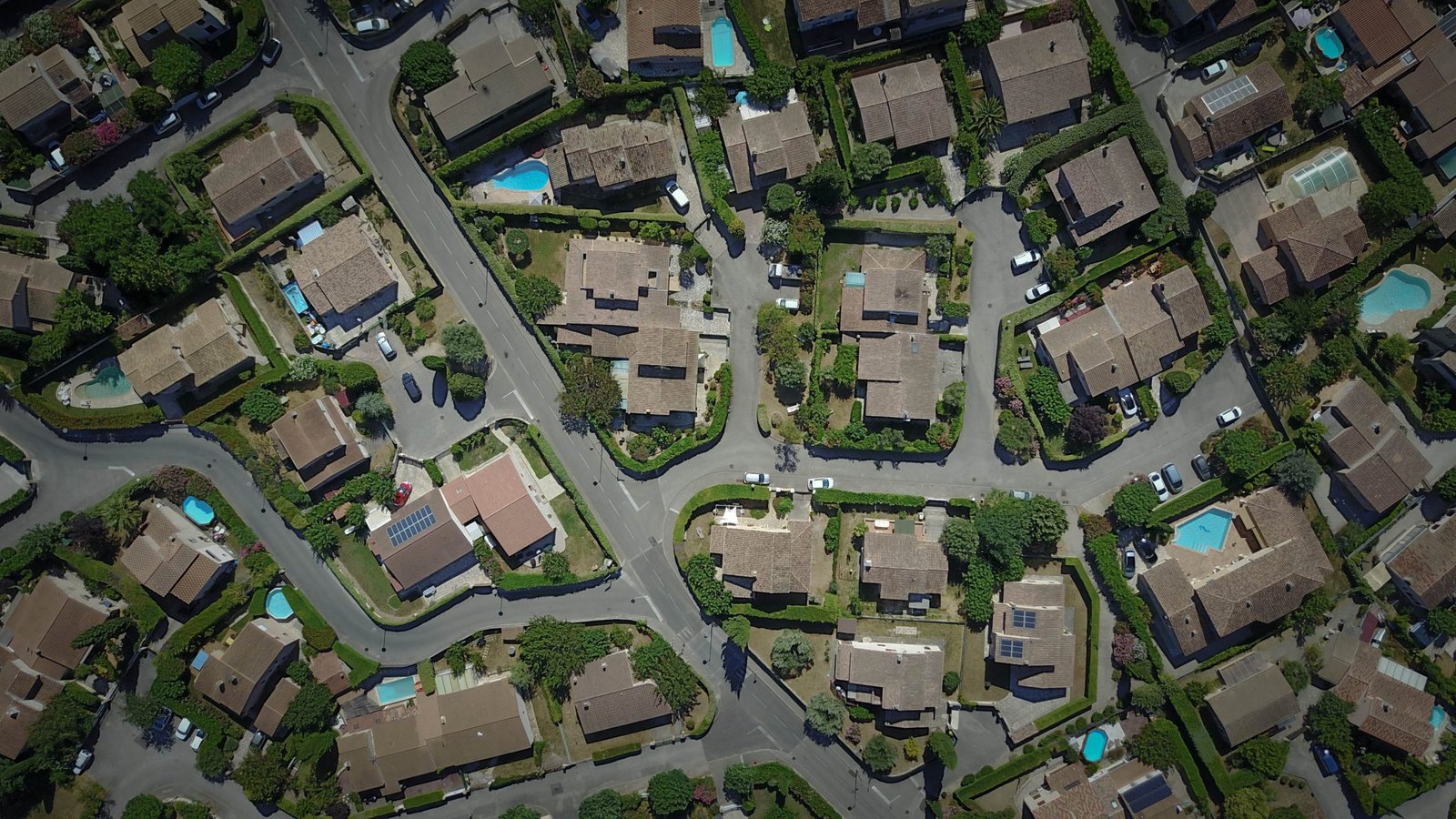 The Lot Next Door

My mom has lived in my childhood home for over 30 years now. Over the course of those three decades, we have seen our neighborhood transform from a few houses sprinkled up and down the streets to trees knocked down and almost every available lot built upon. Over the course of my growing up years, we lost more and more woods space to new houses, new neighbors, and new people.

Across the street, where I played when I was six and got hit in the back of the head with a rock, blood streaming down my neck – still in the no stitches club, though! – there’s now a house. At the bottom of the hill, where we would skirt one lot and duck through trees on another to get to “the creek”, now stands a house. Down the road to the left where our “holes” (giant root basins from fallen trees) were forts and nature’s play places, now stand – you guessed it – houses.

Most notably, the lot to the left of our house, continued to sit vacant – and overgrown – for all of those years. When we fenced in our back yard a few years ago for our two big dogs, that lot did nothing for us, except fell a few trees in storms. I spent two days last spring cutting up massive trees that had fallen on our fence. One of those days left me wanting to itch off my arms and legs as that lot had given me poison ivy. Thanks a lot, lot.

The lot is narrow. And covered in overgrown evergreens, debris, limbs, and no telling what else, it doesn’t look like much – that’s for sure.

I take that back. It gave me more than just poison ivy. It gave us no grass. Because of the way the sun rises and sets in our neighborhood, the trees on that nasty, unkempt lot blocked a lot of the nutrients our back yard needed to be an oasis of grass. We tried. And tried. And tried. Finally, we just gave up and made ourselves buy the best dog towels on the market and teach the pups how a foot massage, read: cleaning, every time they walked in the back door would become commonplace. They tolerate it.

A builder bought the lot. Much to our dismay that lot would become a construction zone. For over thirty years, we have had one side of our house as a nature zone, a place for bunnies to torment our dogs just out of their reach, a place to dump limbs that fall, and a place that has over the course of the last few years eaten many a tennis ball.

The very first order of business: cut down the trees. In a day, what was once a tall, evergreen, overgrown lot of craziness, became a red sea of North Carolina clay. That was January.

I didn’t think much of it. It was sort of nice because now there were much more accessible limbs and wood pieces for the fire pit. The builder was pretty slow to work, so the construction crews were minimal at first. Big changes happened quickly and the lot was transforming. It was graded and a basement dug, a foundation poured and a few long weeks later, a house began to take shape.

Remember our back yard? The muddy mess that matched the lot’s red sea of clay. Guess what happened? We got grass. Cutting down the trees allowed the sun to dump light on our back yard – light it hadn’t seen in decades – and in a matter of weeks, light green tender grass sprigs began to pop up out of the ground.

What we thought was going to be a misguided hindrance in our hearts became exactly what that space needed.

“Open up let the light in,” sings Steffany Gretzinger on her album The Undoing. Those are the only lines to the song with the same title. Over and over and over again, she sings, “Open up let the light in.” I couldn’t help but be reminded of this song when I think about the grass in our back yard. All it needed was light. It was something we could not supply by ourselves. We needed a builder to come and do some work to get it.

The world is a pretty dark place. It’s broken. Hurting people are constantly hurting people. It’s a vicious cycle of darkness. Darkness brings with it fear, the unknown, and sadness. We can’t see to function like we are supposed to function without light. And the proverbial backyards of our hearts can’t grow grass until we experience the Light.

What a beautiful promise of God. He is light. And in Him there is no darkness at all.