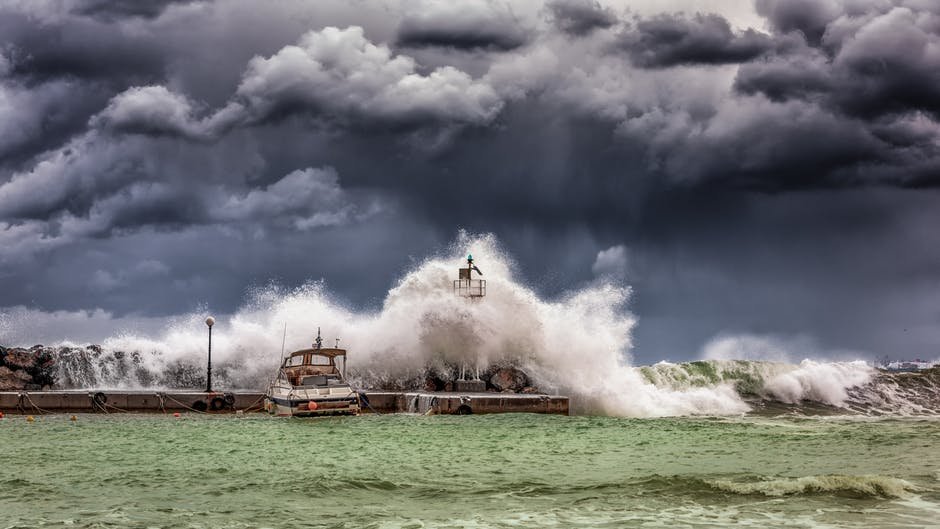 Faith in the Storm

When my daughter was two years old, we took her to a concert to see a children’s group perform.  While my husband was taking my son to the bathroom, I felt Maria go completely still in my lap.  I looked at her, and she took a shallow breath.  Then, to my horror, she stopped breathing.  I began to shake her in an attempt to wake her.  Her lips were turning blue, and I stood hysterically screaming, “Does anyone know CPR?”  I ran into the hall and found paramedics.  They were able to help her breath again, and I collapsed into a crumpled ball on the floor.

We later learned that my daughter had a febrile seizure.  She had an infection, and her fever had spiked so quickly that her body shut down for a few seconds.  In the months that followed, we had to take her to the emergency room for pneumonia.  I was so traumatized and terrified that I could not sleep.  I was afraid to close my eyes for a minute because I was afraid that she would stop breathing.  I somehow believed that if I watched her closely, I would be able to prevent her from being sick or dying.  So I would sit by her bed, watching her chest rise and fall.

It has been years since my daughter’s sickness, but when I read about Jesus calming the storm, I think about my attempts to control the uncontrollable.

35 That day when evening came, he said to his disciples, “Let us go over to the other side.” 36 Leaving the crowd behind, they took him along, just as he was, in the boat. There were also other boats with him. 37 A furious squall came up, and the waves broke over the boat, so that it was nearly swamped. 38 Jesus was in the stern, sleeping on a cushion. The disciples woke him and said to him, “Teacher, don’t you care if we drown?” 39 He got up, rebuked the wind and said to the waves, “Quiet! Be still!” Then the wind died down and it was completely calm. 40 He said to his disciples, “Why are you so afraid? Do you still have no faith?” 41 They were terrified and asked each other, “Who is this? Even the wind and the waves obey him!”

Like the disciples on the boat, I was in the middle of a terrifying storm.  I cried out to Jesus, but I had no faith that he would take care of me or my daughter.  Even though I prayed desperately for her to be healed, I continued to try to control the situation.  I asked Jesus to protect her, but instead of trusting him, I watched as she breathed every breath.

I have lived enough life to know that sometimes we go through storms and people die or remain ill.  I do not believe this story was meant to convince us that Jesus will always “fix” our situation by changing our circumstances.  However, I do believe this story has a lot to say about who we believe is in control.

In our lives, we will live through storms.  We will also be afraid.  However, we must realize that we are not in control of the storm.  Only God has the power to calm the storm.  We have the power to control where we place our faith and how we respond to the uncontrollable.