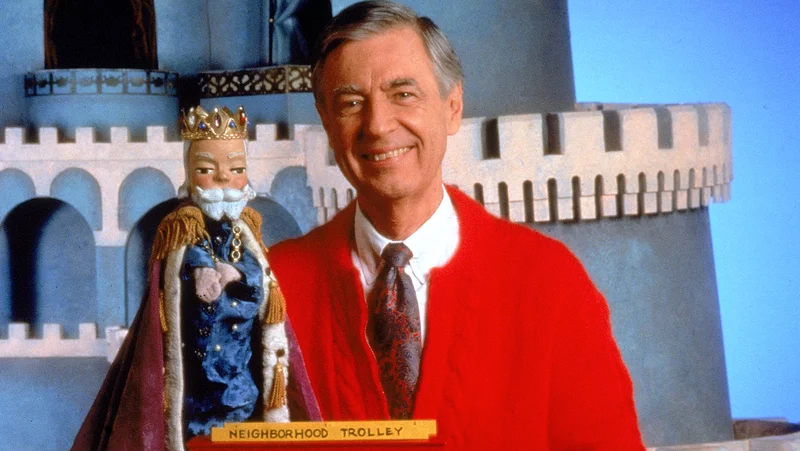 Early afternoon “down” time when my kids were kids, typically included a sort-of healthy snack, plopping down on the couch, flipping on the TV, and viewing a consistent, calming influence in the midst of child-rearing mayhem. His name was Mr. Rogers.  Each and every episode commenced with the familiar sing-song, “It’s a beautiful day in the neighborhood, a beautiful day for a neighbor. Would you be mine? Could you be mine?” Clearly simple words. Incredibly powerful substance.

My kids were raised in the 80’s and 90’s, a time where media influence was rising like a tsunami. My guess is that many who read this blog were kiddos at such a time as this and you still have the Sesame Street, Zoom, 3-2-1 Contact, Reading Rainbow, Magic School Bus, Where in the World is Carmen Sandiego, and (ugh…do I have to mention him??) Bill Nye, the Science Guy images rolling around the back of your mind (forgive me if I left out your favorite!). I’m sure you could sing the theme songs, remember the characters, and feel the emotions as you discovered new worlds via the living room tube, prior to the “device age” we currently live in.

But one name and theme stands out above them all. It was the one-on-one attention Mr. Rogers dedicated to you in his half-hour segment on PBS. He spoke squarely into the camera, beholding you with kind, hazel eyes and you knew YOU were special because he told you so.

Fred Rogers wasn’t in a rush. He was focused and taught life lessons with nothing more than simple puppets, a toy train, and an assortment of human characters (remember “speedy delivery”?). Entering into the heart and mind of children, he gave space for expression of feelings noting that, “People have said, ‘Don’t cry’ to other people for years and years, and all it has ever meant is, ‘I’m too uncomfortable when you show your feelings. Don’t cry.’ I’d rather have them say, “Go ahead and cry. I’m here to be with you.’”

I haven’t been able to find a word that describes the effect of moving images quickly, from one image to the next, before the brain has time to process what it’s seeing, but that type of media barrage cannot be fit for the developing mind. Yet, this was, and still is, the steady diet the culture is feeding to our children’s minds (not to mention our “mature” adult minds!). The “experts” say we have an incredible ability to compensate and our brains sort things out in a matter of milliseconds. To that I would say, my digestive system has an incredible ability to digest and sort out all kinds of junk food. This does NOT mean it’s healthy for my body. It could actually be damaging in the long run. And, my gut tells me that in the long run, these features we deem “children’s programming” are not healthy for our kids either.

So, back to Mr. Rogers… This week as I mourned the passing of the legend, Billy Graham, I found myself grieving over the loss of the one and only TV voice that spoke the gospel (in so many words) over children everywhere. Pondering this sadness in me, I realized that ADULTS need to internalize the message he proclaimed. He reminded us in the midst of tragedies to “look for the helpers”. How our emotional health would increase if we saw all the “helpers” instead of loop after loop of tragic scenes, minus all the aid that was administered! He also commented, “We live in a world in which we need to share responsibility. It’s easy to say, ‘It’s not my child, not my community, not my world, not my problem.’ Then there are those who see the need and respond. I consider those people my heroes.” And, precious man that he was, he continually stressed his viewer’s importance, stating that every meeting we encounter with another, we leave something of ourselves with those we encounter.

Fred Rogers was not intimidated by the pace of the culture around him or the demands of media mongrels. He walked one foot in front of the other through the “neighborhood”, singing songs and always encouraging. He embraced his audience, celebrated their emotions and gave them space to think and to feel, being deemed by a colleague, “the singing psychiatrist”.  His platform appeared to be a far cry from the “SpongeBob SquarePants” and other Nickelodeon’s nightmares.

So today maybe you can join me and revisit Mr. Rogers Neighborhood. Sing along with me, remembering just how “fancy” you are. Enjoy a sense of community as we harmonize: