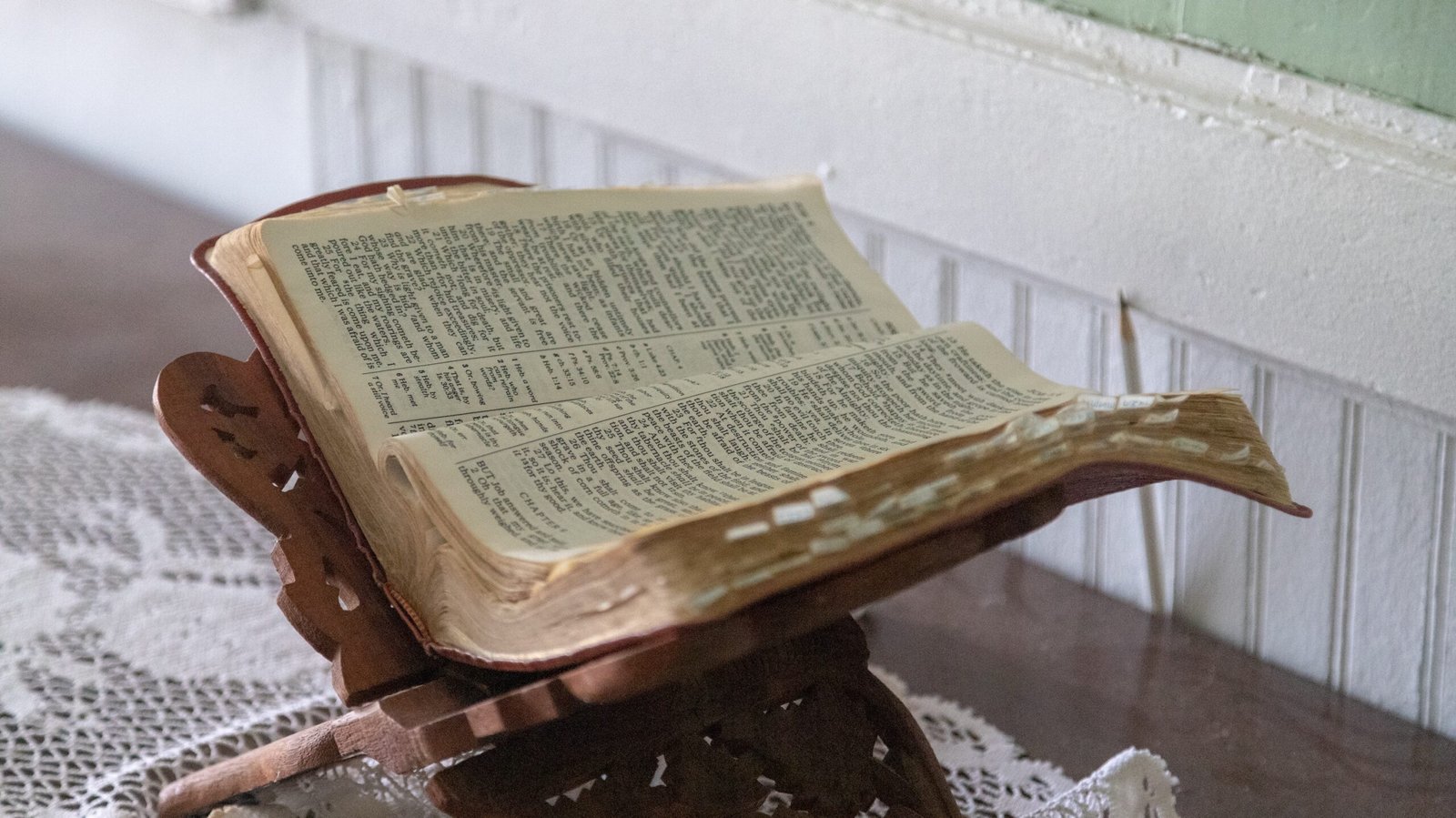 My friend lost her Bible at church last week after an outdoor service. When she went back to find it, she didn’t. It was gone. She checked lost and found the next week. Not there. Then, the cover turned up. It had been placed on the recycling bun. It appeared to have been ripped from the spine! The guts were nowhere to be found.

The Bible had been a present from her sister. It had all her underlines and notes. It had been a constant companion over years, including a semester abroad, and a long term relationship. It was pretty darn close to being her most precious possession. And it was gone.

She showed up at the house in tears. She was so sad my friend and I couldn’t even hug her. It was that bad. Her last words were, “I think I’m going to lay down.” It was 12:30pm.

My friend and I looked at each other. Then, I grabbed my keys. “What are you doing?” my friend asked. “The only thing I know to do. Go to the church and find that Bible.”

So I went. Now, it had been a week. And there had been rain and weather and sun and wind, so I knew even if I did find the remnants of the thing, what I would be finding wasn’t going to be pretty. But based on how sad my friend was – a shred of Scripture would have been enough to cheer her up.

Anyway, I had a hunch. Based on the cover being ripped off, I figured that what must have happened is that a lawnmower must have gotten hold of it. I used to do landscaping and I have run over a thing or two plenty of times. So I walked around the property, praying and hoping and not necessarily expecting to find anything – but then – BLAM – in the drainage ditch – something caught my eye.

My friend’s Bible – turned to Ezra. I carefully picked it up off the ground. It was soggy and muddy and Exodus was ripped. But it was intact for the most part.

It is now safe in my friend’s possession. She couldn’t be happier.

It reminds me of the Charles Spurgeon quote: “A Bible that’s falling apart probably belongs to someone who isn’t.”

Notice the probably. I’ve got a tattered Bible and my life falls apart frequently. But you get the point – and I get it, too.

Now, I wouldn’t recommend running over your Bible with a lawnmower to get it that way. What works better is reading it a lot. Like my friend does. And once it dries out, she will again.