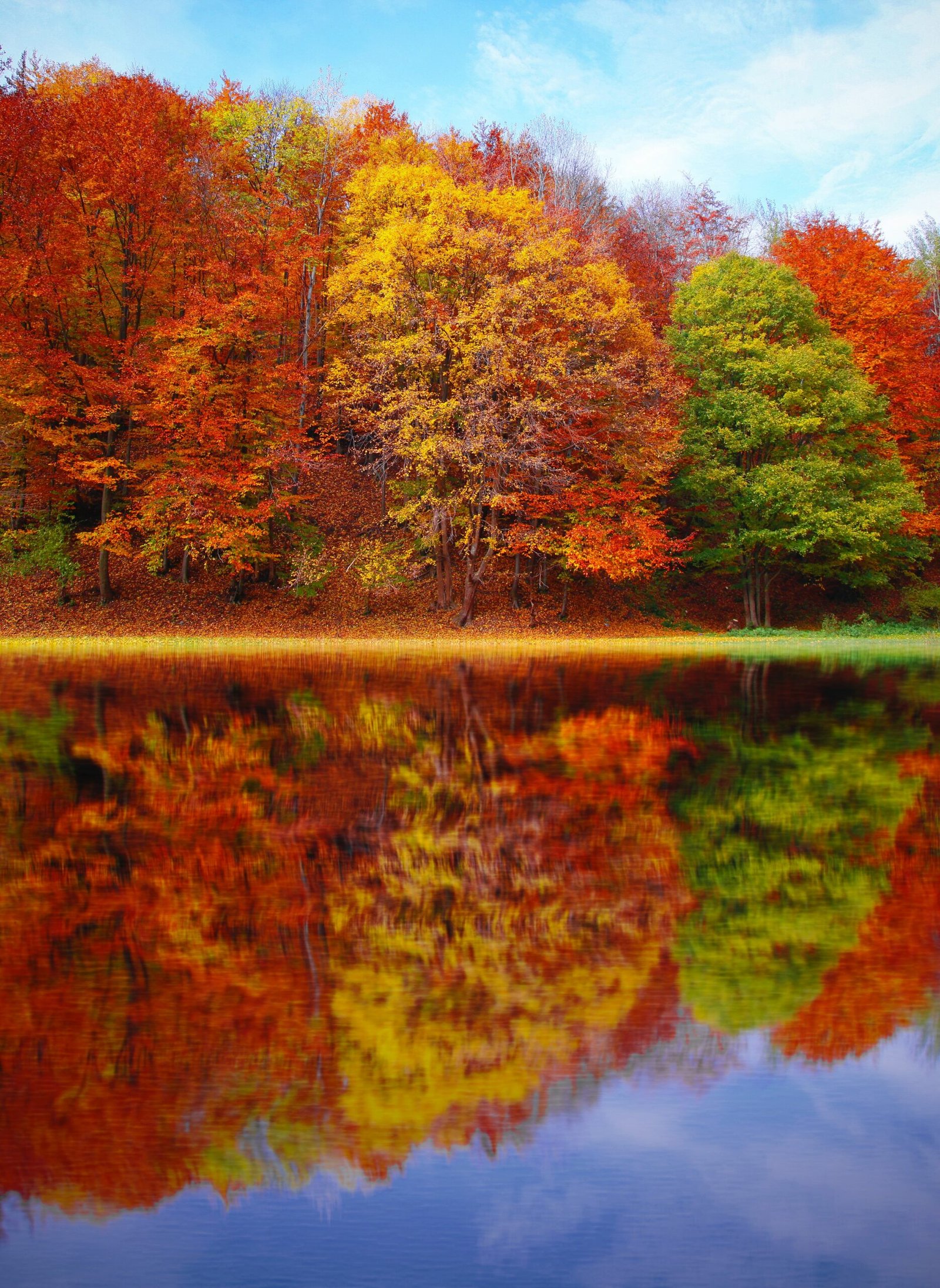 I went on this silent retreat. Two things I don’t like. Silence and retreating. But there I was doing both. I went down by this stream where I was supposed to read and pray and then sit there and do nothing. Well, not exactly. Sit there and be still. Which, to be honest, requires effort.

So I read the words and prayed and worked at being still. I was sitting in a camp chair with my feet crossed and closed my eyes for a little bit but that was a little much so I opened them. Around and above me, the sun lit up the leaves. Some beams made puzzle piece shapes on the ground. A spider was doing a tightrope walk over the small steam. A crow crowed in the distance. I worked at being still.

A deer came feet falling toward the bank. She picked her way through the fallen leaves. Small cushes on the ground. Her doe eyes were enormous polished stones, so black, so aware, so beautiful. She breathed through her nose. Her ears were like satellite disks, rotating around for signal. She came nearer.

Her ears spread open. The hair on them intensified. She moved her head down then up like a robot responding to a joystick.

She kept coming. She was beside the small water. She had come for a drink. I was sitting absolutely stiff on the other side.

A fly landed on my shoelace. It crawled to the edge and jumped off it like it was a diving board. The movement caught the deer’s attention. My shoelace moving from the weight of a fly. That was all it took. She was gone.

There is that line in the Psalms – “be still and know that I am God.”

I guess I never really understood it until that moment – how stillness actually works.

You see, I could have spent the entire morning searching the woods for a deer. I could have walked miles and covered the entire property and most likely never see one – let alone encounter one as I did that morning.

Or perhaps, it also works the other way – that God is the one who is waiting sometimes – being still – so that we don’t get scared off. It’s a thought. It makes me wonder if that is why he uses the word “come” so much when he talks to folks about following him.