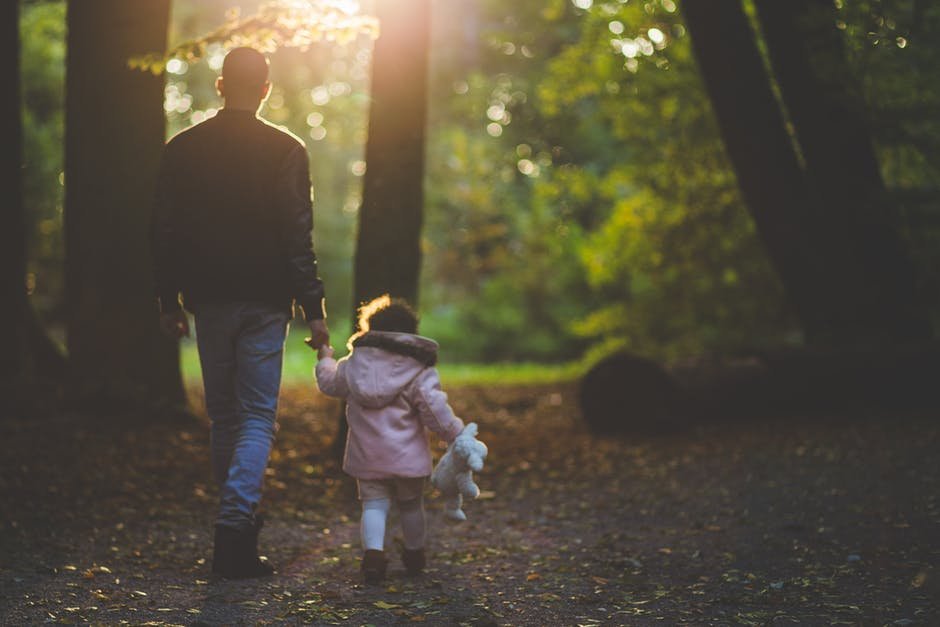 I love being a dad. It’s an honor, a privilege, and a blessing I’m beyond grateful for. With that said, there are a few things about being a parent that can be stressful. One of those being, trying to leave the house with a toddler.

Sure, sounds simple enough. Just throw some clothes on your kid and then head out the door.

Well, it’s a little more complicated than that. With a two-year old it requires trips to the potty, packing clothes, assembling lunch, and countless other things I usually forget.

One recent morning, though, the dam broke loose. Everything that could happen, didhappen.

Asher dumped my coffee on the couch, spent most of the morning crying, and then before we left, I spilled an entire cup of milk in my lap.

I couldn’t have designed it to go any worse and I was about ready to give up and just get back in bed, when I felt God whisper…

To be honest, that was the last thing I wanted to hear. I was running late. I was tired. And I was getting farther and farther behind.

It took a lot of will power, but I did decide slow down and to my surprise, the world didn’t fall apart that morning. As the day went on and I reflected on that morning, I realized I had put myself in “hurry mode” as soon as I woke up.

It wasn’t my son’s fault; it was my own. And as I evaluated my life, I realized I was suffering from “hurry sickness.”

I don’t know if the phrase “hurry sickness” means anything to you, but the best way I can describe it is it’s the feeling of anxiousness as a result of feeling chronically short of time.

I realized I had allowed my self to fall into that trap, and as I did some spiritual inventory I realized it had been making an impact on my soul.

Instead of reading my Bible to grow closer to God, I had been reading to mark it off my list.

Instead of slowing down to pray, I had been catching up with God in my spare time.

Instead of trusting God’s timing and surrendering to His will, I had been trying to force my own will.

Don’t get me wrong, I like to work hard, I like to hustle, and I like to get things done as much as the next person. But I had to learn that morning that my hurried attitude was leading towards collateral damage.

See, when you’re suffering with hurry sickness, it affects more than just who you are. It affects those around you.

When you live in a hurry, you overlook people, you avoid community, and you eventually lose track of your priorities. Hurry puts all the focus on you and shuts your window to the outside world. With your soul is in a constant state of rush, you only have time to think of yourself.

This isn’t how we were create to live.

Carl Jung once wrote these poignant words on the subject, “Hurry is not of the devil; hurry is the devil.”

The truth is, God knows what you need far better than you do. And sometimes, what you need to do is to simply rest. To slow down. To begin to look out, instead of in.

Taking time to rest isn’t being weak or lazy and isn’t going to put you behind.

Jesus is the perfect example of what this looks like. He spent his ministry time traveling on foot, tending to crowds of thousands, and casting out demons left and right. But, He did all of it in rhythm and always had time to slow down.

He reclined with His disciples for long meals. He was always willing to go out of His way to meet somone who needed divine intervention. And He routinely found the time to get alone and pray.

Jesus knew something that we must come to know… God Has given us all the time we need, to accomplish all that He’s called us to do.

That is the cure to hurry sickness. It’s not a matter of just trying slowing down; it’s a matter of trusting God enough to slow down.

That is the sign of a spiritually mature person and it’s something that I often feel like I’m failing at. I believe God gave us a finite energy, so we would be reminded of the fact that we are finite creatures. We were not designed to be self sufficient.

If you feel like you’re always hurrying, always in a rush, find rest today in the fact that God created you with limitations for a reason.

Instead of seeing your weariness as weakness, realize that it could be an invitation for the kind of rest that you need.

“Are you tired? Worn out? Burned out on religion? Come to me. Get away with me and you’ll recover your life. I’ll show you how to take a real rest. Walk with me and work with me—watch how I do it. Learn the unforced rhythms of grace. I won’t lay anything heavy or ill-fitting on you. Keep company with me and you’ll learn to live freely and lightly.”