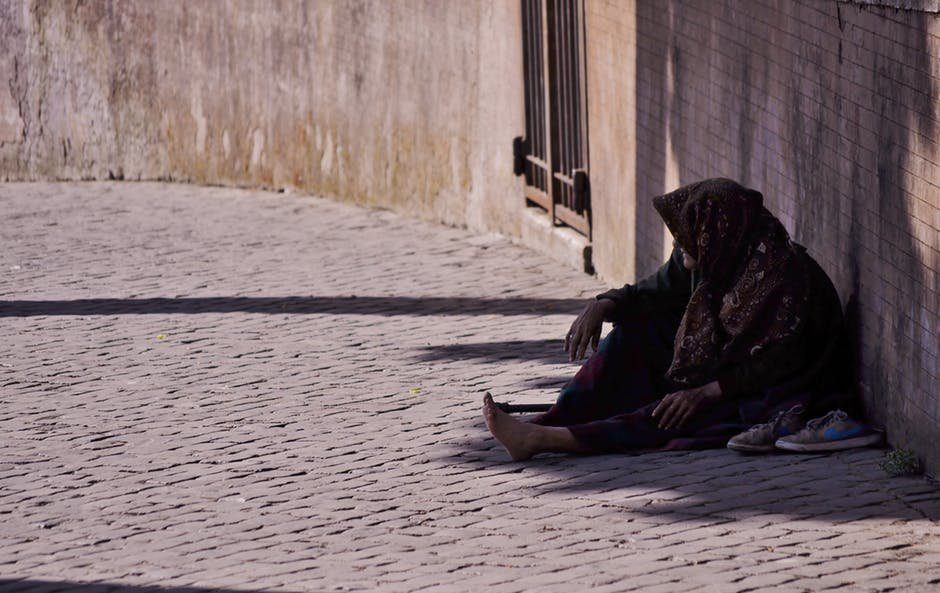 Loving People Can Be Hard

In the summer of 2012, I worked for a ministry group in partnership with the Haywood Street Congregation in the city of Asheville, NC. Here’s the elevator conversation of what we did:  we hosted church youth groups for a week and ministered with them alongside the homeless community in the city. It was an immersion “camp” ministry. We slept on the floor of a downtown church, walked everywhere, and spent time alongside friends living in homelessness to listen to their stories and build relationships.

That summer has resonated throughout my vocational life, shaping many of the how’s and why’s of my ministry with teenagers now. I learned how to talk with people and really listen to what they were telling me. I learned that a person is not defined by the face you see or a single conversation, but rather by the stories you shared together. That summer I became good friends with people who were previously invisible.

It’s a tragic thing we really don’t want to admit, but most of the people living in homelessness are invisible to us. Even more tragically is that we want them to be. I wanted many people that summer to be invisible because it would make things easier for me to skate through unchanged.

It would have been much easier if I had not met this one guy in particular, whose name I’m not going to share out of respect for my friend. I met him outside the church we were staying at by chance. He was trying as hard as he could to be invisible:  hunched over, his leathery face hidden under a bushy, nicotine-stained beard and shaded by a mop of prematurely white hair stuffed under an old army-issue hat. When we first met, he would only mumble short responses. He would later tell me that he was too weighed down by shame to utter much more. He was there for an AA meeting, determined that he would no doubt fail in this endeavor for the countless time.

I saw him repeatedly the next day and decided to introduce him to some of the high schoolers who had come in that week. It took time, but eventually he allowed himself out of the personal prison he had locked himself inside. He began showing how genuinely lovely a person he was, laughing more easily and telling the youth about all the sunsets he had watched over the Appalachian Mountains. Over the next few weeks he came around more and more and opened up to us, cultivating a true friendship. He updated us on his progress through AA and told us he had been sober since we first met.

This was all before the most memorable Tuesday of that summer. I had not seen my friend that day and had missed him throughout our group’s activities around town. Then he came to the church we were staying at, where the youth were staying at, and he came drunk. I had to turn him away and tell him he couldn’t come inside. I was devastated. I was angry. How could he do this?

I wanted so desperately for him to be invisible again so that I could act like this wasn’t happening. I was hurt more than I thought I could have been by a friend made less than a month ago. What I wanted most was to cast him aside and never encounter him again.

But that wasn’t what God would do, was it? No, God wouldn’t abandon someone because of his or her shortcomings. God did not abandon the Israelites in the wilderness after their disobedience. Jesus did not abandon Peter to drown during his moment of doubt.

That night I was once again humbled by God’s grace and love. Loving people can be very, very hard. Loving people when they hurt us can make us doubt wanting to love them at all. It means seeing a person as they are, with all their genuine loveliness and all their glaring failures. Loving people means loving them as God loves us:  absolutely, without failure, and without qualification. Loving my friend as God loves him meant welcoming him when he returned the next day, ashamed and trying to be invisible.

Paul writes in Romans that God loves us enough that even in the midst of our sin Christ died for us. Even in the midst of our failure, God loves us and yearns to forgive us. We should try as much as possible to mirror this love that God has for us to others. It’s an impossible goal because we can never love as perfectly as God does. Loving as God loves us is hard. It requires honesty. It requires us to see that we are all beloved sinners in need of grace and love. And in that difficult love we can share together, spreading God’s love to each other even when we want to be invisible.