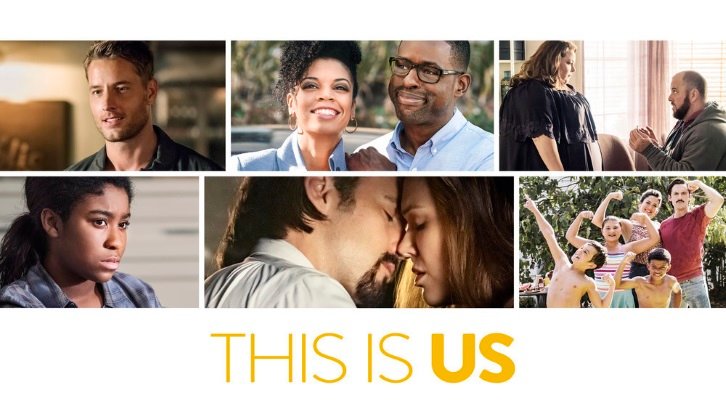 Why We All Love NBC’s ‘This is Us’

This week NBC showed its season finale of the beloved show ‘This is Us’. Don’t worry; I won’t spoil it for you if you haven’t seen it yet. You’ve now got 5 months to catch up and prepare yourself for the fall season premiere.

I don’t claim to understand why certain shows and movies win awards. Nor do I claim to understand the rationale behind why they get chosen, but I do understand that critically “acclaimed” television shows and movies are that way for a reason. We won’t jump into the countless awards ‘This is Us’ has won in its two season life, but Golden Globes in 2018 Best Performance by an Actor in a Television Series (Sterling K. Brown – Randall) in 2017 and 2018 and Best Series Nominations for Best Television Series – Drama are kind of a big deal. The entire cast even won a Screen Actors Guild Award in 2018. It’s been the “Favorite New TV Drama” at the People’s Choice Awards and many, many more… 26 wins and 61 nominations to be exact.

But probably the most fitting (for my generation anyways!) was the MTV Movie + TV Awards Tearjerker category (this is a real thing, people): Jack and Randall at Karate.

There is something to be said for the resolution at the end of a show or a movie or a book. For the most part, we are not left with unanswered questions when we read a novel. We are not left with a life left in the balance. Any good writer knows the reader needs things to be resolved. We love resolution. We love things tied up with a pretty little bow. We love it when everyone is in love and the disease is conquered. We love it when the struggles of the book are over with a kiss or a sunset. Eventually, there’s resolution. There’s a public outcry if plots are left with unanswered question or holes in the story. And though ‘This is Us’ is purposefully creating flash backs and flash forwards to create tension, they’re also creating resolution at the same time. They resolve one problem and then there’s another – just.like.life. Jumping back and forth gives a sense of ownership to their memories and the reminder that in some way and somehow all things are weaving themselves together like a tapestry. As people, we love resolution. As Christians, we live in the resolution that Christ has already won the battle with his work on the cross.

Love stories are our favorite stories. Even if you aren’t willing to admit it, your love story with your significant other is just that, significant to you. That’s why we spent billions of dollars per year on movies and book. To feel something. The little known band Shenandoah wrote a song called, “I Want to be Loved Like That” with the tag in the chorus the same as the title: “I want to be loved like that.” The gist of the song is that there are these relationships out there that the writer had seen and sings they, too, want to be loved like that. We love ‘This is Us’ because deep down inside of all of us, we want to be loved like that. We want to be fought for, thought about, cherished, and grieved over just like these fictional characters are doing. There’s something in all of our hearts that longs to be remembered with fondness, and though life is messy, and if we are all really gut honest, we want to be missed when we are gone. As a society, we all want to be loved in a way that changes us. And as Christians, we live under the love that the Father has lavished on us, knowing we are loved with a deep, unending, never quenching, cherishing kind of love.

So, go catch up on one of America’s favorite shows – and you may actually see a picture of how deeply God loves you.