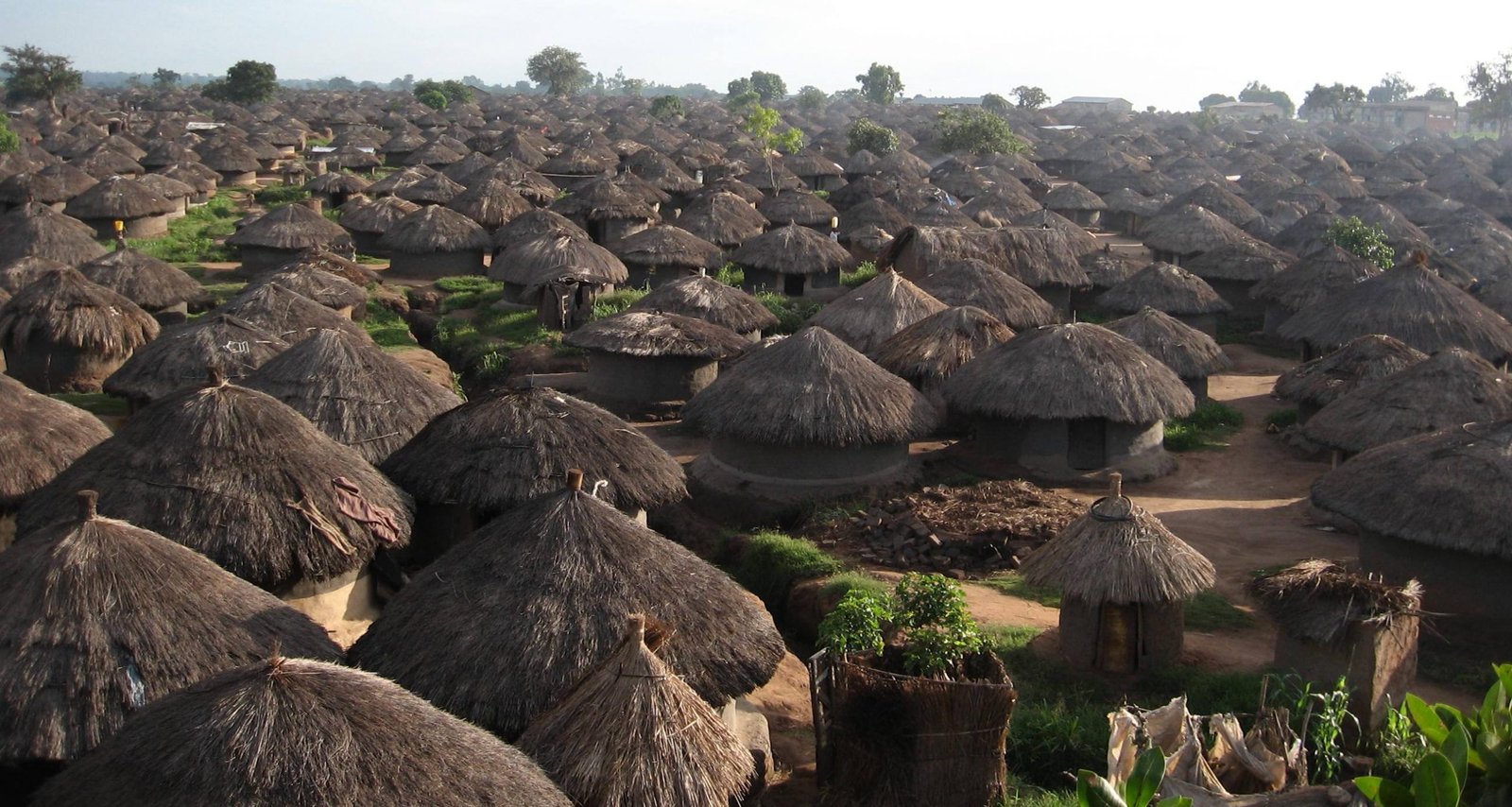 7,340 miles away from my hometown of Winston-Salem, NC lies a village of a few hundred in the far north of the African country of Uganda, only a few kilometers from the border of South Sudan. The village has been featured in major worldwide news publications, visited by reporters from major media outlets, and written and researched about by numerous government and military entities. Its fame comes from an incident of unbelievable atrocity. In 1995, The Lord’s Resistance Army or LRA, under direct orders from their leader African warlord Joseph Kony, ruthlessly slaughtered over 300 men, women, and children many in their own homes in what become known as the Atiak Massacre of 1995.

For over 12 years following the attack, thousands of families were displaced and forced to flee to refugee camps in South Sudan, hundreds of children were kidnapped and forced to fight in the LRA, and thousands of women were sexually assaulted or sold into slavery. By 2007 the Lord’s Resistance Army was beginning to retreat out of Northern Uganda, and by 2012 the organization operated almost exclusively from the remotest parts of the bush in The Congo. The army had dwindled from 3,000 strong to fewer than 300 mostly middle-aged men hiding deep within the bush.

As the organization began to shrink, its fame began to rise across the world thanks to former youth pastor Jason Russell who created and produced the viral YouTube film Kony 2012. Russell along with Texas based attorney Sharon Sedgwick Davis used their deep Christian faith to motivate the quest for justice to be brought to Joseph Kony and the LRA. Almost overnight the atrocities carried out by Joseph Kony became familiar to millions of the people around the globe. At the time Joseph Kony was listed as the single most wanted criminal by the United Nations, International Criminal Court at The Hague, Netherlands. However, by 2013 Kony had yet to be captured or brought to justice. Overtime, the youthful energy behind the movement began to wane, and the 100 U.S. troops President Obama sent to the region to aid the Ugandan Military in Kony’s capture were withdrawn.

In the middle of this all, stood the little village of Atiak with its single road, clay huts, and sugar factory. Families broken, the local economy desecrated, and the remaining villagers suffered PTSD from the tragic events. The fame of the YouTube video came and went. Atiak remained. The community had an open wound, that would not heal. Enter Sister Rosemary Nyirumbe a native of of Paidha, Uganda and a dedicated sister of the Catholic Order of the Sacred Heart of Jesus since 1976. Sister Rosemary has worked tirelessly in her role since 2001 as head of Saint Monica’s Girl Tailoring Center in nearby Gulu, Uganda. Sewing Hope is a foundation run from St. Monica’s Girl Tailoring Center that provides sewing training for women many of whom were victims as children or teenagers of Joseph Kony’s LRA. Many of her students were sexually exploited by the LRA or had family members who were kidnapped or killed by the LRA in the 1990s and early 2000s.

In addition to her role as head of St. Monica’s, Sister Rosemary operates the only orphanage in of Atiak. The orphanage provides hope to an otherwise hopeless community ravaged by conflict for more than a decade. For Sister Rosemary no dream of restoring hope is impossible, “I am dreamer, and having a dream is sometimes challenging but I never look at a situation as too difficult.” 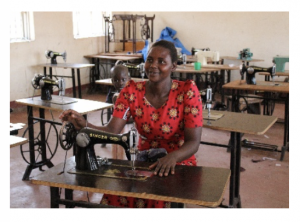 Sister Rosemary started Sewing Hope Atiak where the women learn to make hand-crafted, beautiful, and unique clothing, African styled handbags, and other products, that they can sell in order to provide for themselves and their family. For example, one handbag can provide an entire month’s rent to a family in Uganda. Through Sewing for Hope, which is also affiliated with Catholic Charities, Sister Rosemary has used her deep Catholic faith to provide a market driven, economic solution to her communities and these women’s problems. Beyond her management of Sewing Hope, Sister Rosemary has become a mother like figure for hundreds of Ugandan children who currently reside in her orphanage.

Earlier this year, I was given the remarkable opportunity to visit The Atiak Orphanage and Sewing Hope in person with the non-profit Assist International, which partners with Sister Rosemary to build the houses for orphans, medical clinic, and school in Atiak. Touring the Atiak compound was impressive. The new school includes six classrooms, a covered porch (very important in the hot season), and a room for meals.  The medical clinic has a new labor and delivery room, a building with rooms for Sewing for Hope facility, and 10 new homes for orphans. Walking around the space, I was inspired by the impact that Sister Rosemary has made in her lifetime. She is truly an example of faith in action. Sister Rosemary is willing to help anyone regardless of religious affiliation (the same goes for Assist International, the organization with which I traveled to Uganda).

Sister Rosemary’s success has not gone unnoticed. Sister Rosemary has appeared on Charlie Rose, The Colbert Report, and was named one of TIME Magazine’s 100 Most Influential People in the World in 2014, along figures like Pope Francis and President Obama. Her article written by actor Forrest Whittaker describes her and her work saying, “The traumas she heals are unfathomable, but the reach of her love is boundless.”

My trip to Uganda was a surreal experience that showcased the impact of a motivated Christian who is willing to work with anyone and places the needs of her community above self. Whether it was Jason Russel and Sharon Sedgewick Davis (read about her story in her new book To Stop A Warlord published by Penguin Randomhouse.), Assist International, and most importantly Sister Rosemary, I was struck by the catalyst that Christianity can bring real tangible change within a community even one as broken as Atiak.

During my time in Uganda I was reminded of the words found in Matthew 25, “For I was hungry and you gave me food, I was thirsty and you gave me drink, I was a stranger and you welcomed me, 36 I was naked and you clothed me, I was sick and you visited me, I was in prison and you came to me.’ 37 Then the righteous will answer him, saying, ‘Lord, when did we see you hungry and feed you, or thirsty and give you drink? 38 And when did we see you a stranger and welcome you, or naked and clothe you? 39 And when did we see you sick or in prison and visit you?’ 40 And the King will answer them, ‘Truly, I say to you, as you did it to one of the least of these my brothers, you did it to me.”

Writer’s Note: Atiak, Uganda is only one of over 500 projects in 60 countries where Assist International has completed projects. Assist International was founded in 1990 with a telephone, fax machine, and deep desire to help the world’s most vulnerable. Assist works with in-country partners to build sustainable, scalable programs with the end result of those programs being self-sufficient. Thank you to Michelle Sudfeld at Assist International for allowing me the opportunity to see the projects in Atiak, Jinja, Gulu, and Kampala, Uganda.

If you are interested in learning more or donating to Sister Rosemary or Assist International check out the links below.