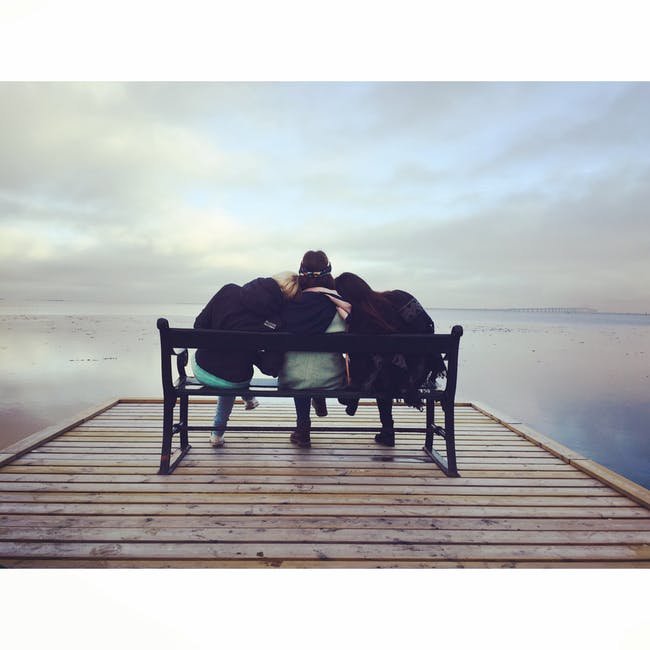 “They say everyone’s welcome, but they all look and act the same. It’s like there’s a dress code and a set of behaviors, basically a way of signaling you belong. You know how I know you’re a Christian? You wear Patagonia and ask girls on coffee dates….”

These were words a friend shared with me late on a recent Friday night. I didn’t know how to respond in the moment, not because I was offended, but because I knew it was true. I’ve grown cynical in the midst of it myself. It’s not unlike what happens in other communities – a majority behaves and looks a certain way, over time this behavior becomes normalized, and eventually codified. It’s uncomfortable to watch and experience in any environment, but perhaps most unsettling when a uniform set of behaviors blinds us to the truth we claim to belong under.

It’s scary how quickly and unnoticed this begins to happen. Over time, preferences and normalized behavior become the standard by which we judge others and can even act as markers for inclusion or exclusion. It’s only human to rank and systemically value others. It is in this often unevaluated pattern that Christian community becomes the very thing Jesus repeatedly denounced and moved against.

Consider the following scenario – “Kate” has no prior experience with religion, but after an invitation from a co-worker attends a Sunday service at a local church. She’s excited by the idea of God and is open to learning more. She soon finds herself at a “small group” on a Wednesday night, and quickly realizes there’s another language everyone else seems to speak and understand. There’s a bizarre competitiveness to answer questions correctly and say something profound enough to get the grunt or head nod of approval. She wants to share what she’s thinking and processing, but doesn’t have the right religious words to say. Everyone speaks with such certainty and confidence in their beliefs, while Kate isn’t sure of anything. She keeps questions to herself, as she already feels enough like an outsider. It comes time for prayer requests, and she hears things like “Pray I get a promotion at work” and “Pray God gives me the right person to marry” and “Pray our son makes the JV basketball team… Oh and that we close on our new house soon.” Kate understands wanting these things but feels even more alienated as it seems everyone else has life figured out. They are only dealing with circumstantial, surface-level details, while she struggles with depression and loneliness. She doesn’t feel safe bringing this up with all the “perfect” people in the room. As the night ends, she overhears her co-worker being congratulated for bringing a “non-believer.” She wonders if everyone is just working to make her “one of them.” Kate leaves the night discouraged, feeling like she had fallen into a recruiter’s trap.

I know that may sound extreme, but have a conversation with anyone outside of a faith community and similar stories are heartbreakingly common. Once we become insiders, the desire for approval and acceptance can overwhelm the reason we all came together in the first place. I’m not saying all Christian communities are like this, but they can become this if we don’t collectively check the motivations of our seemingly “Christian” behavior. We can’t begin to move in lockstep with Jesus until we admit where we’ve gone wrong.

Christian communities fall short because they are made up of broken people, because we expect others to be perfect, because we begin to think we can be perfect.

Christian community looks inward when we hang soul level hope on the approval of others and use our social ranking as a way to gain salvation. Community is abrasive when full of gossip and social posturing; when perceived “holiness,” or lack thereof, is a means of valuing or devaluing the other. Christian community cripples freedom when we focus so heavily on appearance and behavior, especially for those on the inside. Members of a behavior-based community feel pressure to conform or risk their fragile belonging. Insiders must say the right things, dress in similar fashion, listen to certain music, and avoid all the typically condemned behaviors. Those who fit in best are seen as more valuable. Those who don’t are gossiped about and excluded from gatherings as if they might smear the Christian veneer. We lose sight of grace. We lose sight of Jesus.

It’s not meant to be this way, but will always grow this way if we only anchor ourselves to the cultural norms of American Christianity and not Jesus Himself.

Jesus never was an insider. He didn’t seek religious approval. His cultural context idolized the nation, the temple, the law. These were the very things He lived and died to flip upside down and inside out. Our cultural context may have different idols, but shouldn’t our Christian communities live and work to do the same? We live in a culture where the false narratives of nationalism, consumerism, perfectionism, and individualism are instantly fed to the iPhone in your pocket. We cannot be perfectionists or consumerists or nationalists who are also Christian. That identity does not exist.

To be the body, to live into the movement of Jesus, is to become communities where status, behavior, and assimilation are not the requirements for belonging. Christian community becomes beautiful when we are open with our failures because unconditional belonging is and always will be on the table. It thrives when we affirm inherent human value apart from appearance and behavior and lasts when we get rid of our own standards to come together at the invitation of Jesus. Not only must we invite in, but we get to leave our own comfort and familiarity behind for the sake of another. This isn’t a one-time thing, but a continual process of leaving your context to meet someone in their own. This idea should permeate the way we do relationships and organize community events. We should be thorough in guarding against behavior-based belonging and actively seek those who are different from us. Jesus intentionally spoke to the outsider in the minute details of His interactions. Following Him means always considering the other, whether outside or inside the circle, in everything we do. It’s practicing a focused self-forgetfulness in the most beautiful way.

If we cling to Jesus in our communities, we get to build outposts of Home here. We get to create moments where the veil between heaven and earth is ever so thin. These are the spaces the Kates of this world desperately seek – a space where “measuring up” is washed away by a tidal wave of belonging.

It was never about becoming an insider. It was and always is about coming home.