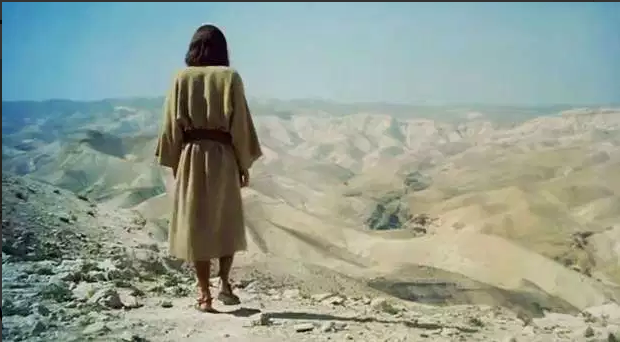 For whoever wants to be my disciple must deny himself, take up his cross daily and follow me.

A certain ruler asked him, “Good teacher, what must I do to inherit eternal life?”

“Why do you call me good? No one’s good but God. You know the rules.” He lists them off.

Jesus looked at him and loved him.

I love that line.

“You still lack one thing. Sell everything you have and give to the poor, and you will have treasure in heaven. Then come, follow me.”

Earlier he said: “For whoever wants to be my disciple must deny himself, take up his cross and follow me.”

But what you have has you. This man had great wealth.

No, the wealth had him.

He walked away sad.

The first part was too hard…the sell everything part…it was so hard that he couldn’t hear the second part…the part when Jesus promised treasure in heaven.

There was a blind beggar on the road.

When he heard that Jesus was coming by he cried out. “Son of David, have mercy on me!”

“What do you want me to do for you?” Jesus asked him.

Why did Jesus ask him this? He was blind!

But what you have has you.

What did this man have? Actually, what he had was the absence of sight, and the absence of something is still something. And the same way that what you have has you – what you don’t have can also have you…can’t it.

The health you don’t have…

The marriage you don’t have…

The life you don’t have…

And what you have not has you!

Whoever wants to be my disciple must deny himself, take up his cross and follow me.

Jesus told the man: “Sell everything you have and give to the poor and you will have treasure in heaven. Then come, follow me…

Immediately, the beggar received his sight and followed Jesus…

The beggar lost the absence of something and gained Jesus. And what he had now had him.

Jesus took the Twelve and said this: “We are going to Jerusalem and everything that is written by the prophets about the Son of Man will be fulfilled. He will be handed over to the Gentiles. They will mock him, insult him, spit on him, flog him and kill him. On the third day he will rise again. Luke 18:31-33

Why are these verses here? Was there something that Luke wanted us to notice?

Colossians says this: He is the image of the invisible God, the firstborn over all creation. For by him all things were created, things in heaven and things on earth, visible and invisible, whether thrones or powers or rulers or authorities; all things were made by him and for him…

Jesus was the rich ruler…

Jesus, who being in very nature God, did not consider equality with God something to be grasped, but made himself nothing…he sold everything he had…taking the very nature of a servant…he gave to the poor the powerless…to us…and being found in appearance as a man, he humbled himself and became obedient to death – even death on a cross!

Do you get? Do you understand?

Jesus came to do for us what he alone could only do for us.

He denied himself, he took up his cross, and he became obedient to death.

He left his throne. He sold everything he had…and came for you!

So that whether there is something you are holding onto or something you don’t have that has you this moment – in either case we can let it go and take Jesus instead.

That’s what he did for you. He let it go to take hold of you. 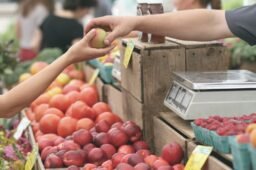 The Cycle of Giving