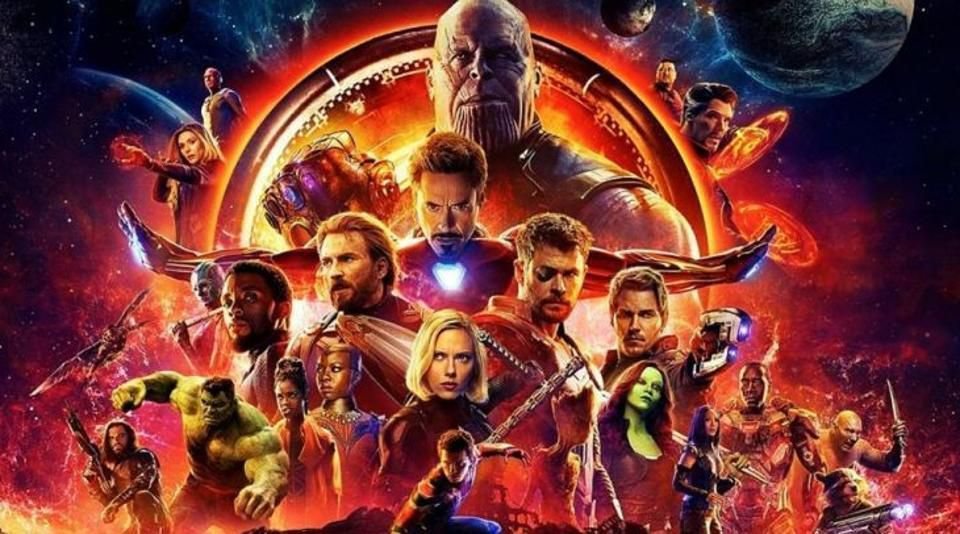 Avengers: Infinity War might have had the most comic book ending of any superhero movie ever. Yes, consider this your spoiler warning. For anyone who has ever read through a comic book storyline, the beat that the newest milestone in the Marvel Cinematic Universe ends on is a familiar tune. The world of comics is one that sets up stakes, goes into great detail to explain the worst-case scenario, and then allows that scenario to play out. Then comes the most heartbreaking, frustrating, but hopeful phrase, “To be continued…” For decades comic book writers have been maniacally pulling rugs out from under our heroes all to push our most optimistic dreams to the next issue.

The rug The Avengers have been standing on, a rug that says they’re the mightiest heroes, consider it pulled and pulled hard by their greatest foe, Thanos. Final spoiler warning. Everyone dies. Well not everyone, but many of our favorites meet their end in the final frames. Black Panther, Spider-man, Winter Soldier, Falcon and nearly all of the Guardians of the Galaxy are erased from existence along with half of the universe’s population by the “Mad Titan.” After the dust literally settles, all that’s left are our original Avengers and the weight of their ultimate defeat. Marvel fans everywhere have been left into an extended Silent Saturday.

“55 The women who had come with Jesus from Galilee followed Joseph and saw the tomb and how his body was laid in it. 56 Then they went home and prepared spices and perfumes. But they rested on the Sabbath in obedience to the commandment.” – Luke 23:55-56

If The Bible was a comic book, Luke 23, Mark 15, Matthew 27, and John 19 would all end with a panel that read, “To be continued…” The worst-case scenario had just played out for the apostles. The man who was also God, the man that promised to save the world, the man who promised to usher in eternal life had died. Still in mourning but desiring to be faithful to their fallen savior, Jesus’ followers entered into the loneliest day in history known by many as Silent Saturday. The rug was pulled. This is a familiar story, but one that begs the question why do we keep telling it?

John 16:22 reads, “So with you: Now is your time of grief, but I will see you again and you will rejoice, and no one will take away your joy.” Jesus wasn’t shy with the news that he would return. So much so that his enemies put a plan in place to combat it. As Matthew outlines in chapter 27, “62 The next day, the one after Preparation Day, the chief priests and the Pharisees went to Pilate. 63 “Sir,” they said, “we remember that while he was still alive that deceiver said, ‘After three days I will rise again.’ 64 So give the order for the tomb to be made secure until the third day.” We too know the likes of Black Panther, who just set the record for highest grossing comic book movie ever, and Spider-man, the most profitable and recognizable Marvel character ever, will return. So why even go through all this?

Silent Saturday is a practice, even a discipline, in faith, hope, and love. There had to be a spectrum of faith as movie-goers left the theater opening weekend. The question on their minds is a valid one, can they trust the filmmakers to not “do them like that?” Can we place our trust in their hands not to leave us hanging? We ask this daily of Jesus. Today, Lord, will you leave me hanging or will you be the savior you’ve always claimed to be? Thankfully, we follow a God who lives up to the hype. Nothing sparks and strengthens hope like a kept promise and Easter Sunday is the ultimate kept promise. Jesus’ resurrection has fueled the hope of the church for centuries. So much so that our hearts can’t help but tell resurrection stories again and again. As 1 Corinthians 13:13 says, “And now these three remain: faith, hope and love. But the greatest of these is love.” When it’s all said and done, Infinity War will be a story of love.

We are a people of idol-makers. Human love turns into idol worship faster than Thanos can snap his gauntlet covered fingers. Stories of loss exist to expose our idols. They take us through the worst-case scenario to prove that life goes on after loss. The losses we feel the most are for things we thought we couldn’t live without. The good news is that we will live, but, it will take a love beyond what we offer our idols, the love of a savior. The MCU now points towards a future heroine, Captain Marvel, the way scripture points towards our King. Jesus is our hope and the resurrection goes further still, because not only will we live but we will prove evil wrong in the process.

Thanos’ way of helping the world was death, but again and again throughout the movie the Avengers wouldn’t yield on life. Captain America and Scarlett Witch held on to the very end refusing to sacrifice Vision. Doctor Strange gave Thanos the key to victory to save Tony Stark’s life. These decisions will frustrate some viewers, but on the day victory comes it will be those choices to not let go of life that won’t just defeat Thanos, but will prove his entire worldview wrong. In the end, it will be these eternal truths of faith, hope, and love that will lead to victory. Those powerful elements are embodied by Jesus. They’re the reason he returned. They’re the reason sin’s death sentence won’t stick. They’re the reason we have victory forever and ever. They’re elements so powerful we keep telling their story, a story of death and resurrection, a story of everlasting life.

We’ll have to wait a little bit to find out how The Avengers will turn it all around, but, in the meantime, don’t be afraid to live in the “To be continued…” Living in the pregnant pause between the death and resurrection, between separation and restoration, can provide powerful shaping to our worldviews. It can fortify our faith and prepare us to experience a greater love. A day will come when everything sad is going to come untrue. I promise.