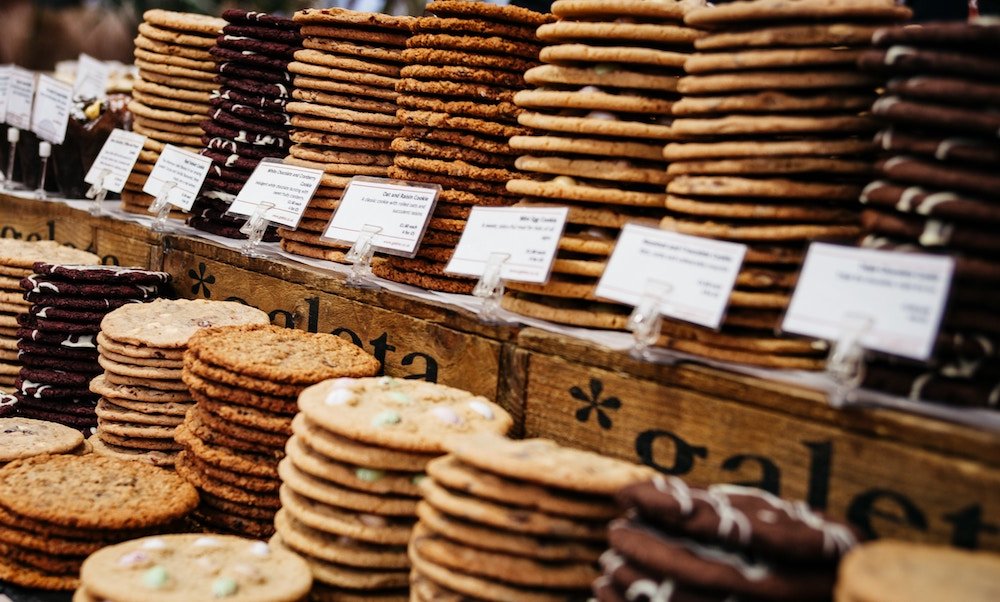 It happened. I put on my “fat shorts” and they were too tight. When we rolled from winter to spring to summer, I thought since I was getting outside more and walking around our school’s campus more, I’d be able to shed the winter extra, but it didn’t happen. I thought that moving to my summer job, where I work outside and move a lot more would help. It didn’t.  But also, for the record, I was still eating cookies most days, ice cream most nights and living my best life off of Chick-Fil-A waffle fries and nuggets. I can’t stop their Polynesian sauce, my friends.

So, with some friends, I decided to do follow one of the major weight loss programs where you pay a nominal fee monthly to use the app. Basically – eat all the fruits and veggies and lean chicken or fish you want. Cause let’s be real – it isn’t corn or peaches or plain chicken breasts that are making people gain at the waistline. On the other hand, “bad” foods have a cost… But don’t they?

My personality works well in a box like this program requires. I like having lines to color in and a budget to work within. And over the course of the first few weeks, with minimal mess ups, I began to notice a few things, like:

My face is a little clearer (insert eye roll here that this is even a statement). My pants are a little looser (insert praise hands emoji). The jeans I’ve loved but were a little too uncomfortable are more comfortable than they were a few months ago. I’m a little more comfortable in my own skin. I’m working the program. And you know one of the best things I’m learning? It’s ok to say no to myself.

Self-control is an underrepresented fruit of the Spirit in our American culture. We want what we want, when we want it. We want more money. More food. More plans. We want more things more quickly than ever before. And with the invention of the smart phone and fast food and frozen dinners – we can have it all!

Truthfully, it’s been a learning curve. Like most things, some days are better than others. Like most new lifestyles, they take a little while to get a hold of. However, with a reminder in my soul that self-control is a fruit of the Spirit that I want more of, and seeing a little progress, I’m, for the most part, saying no to cookies.