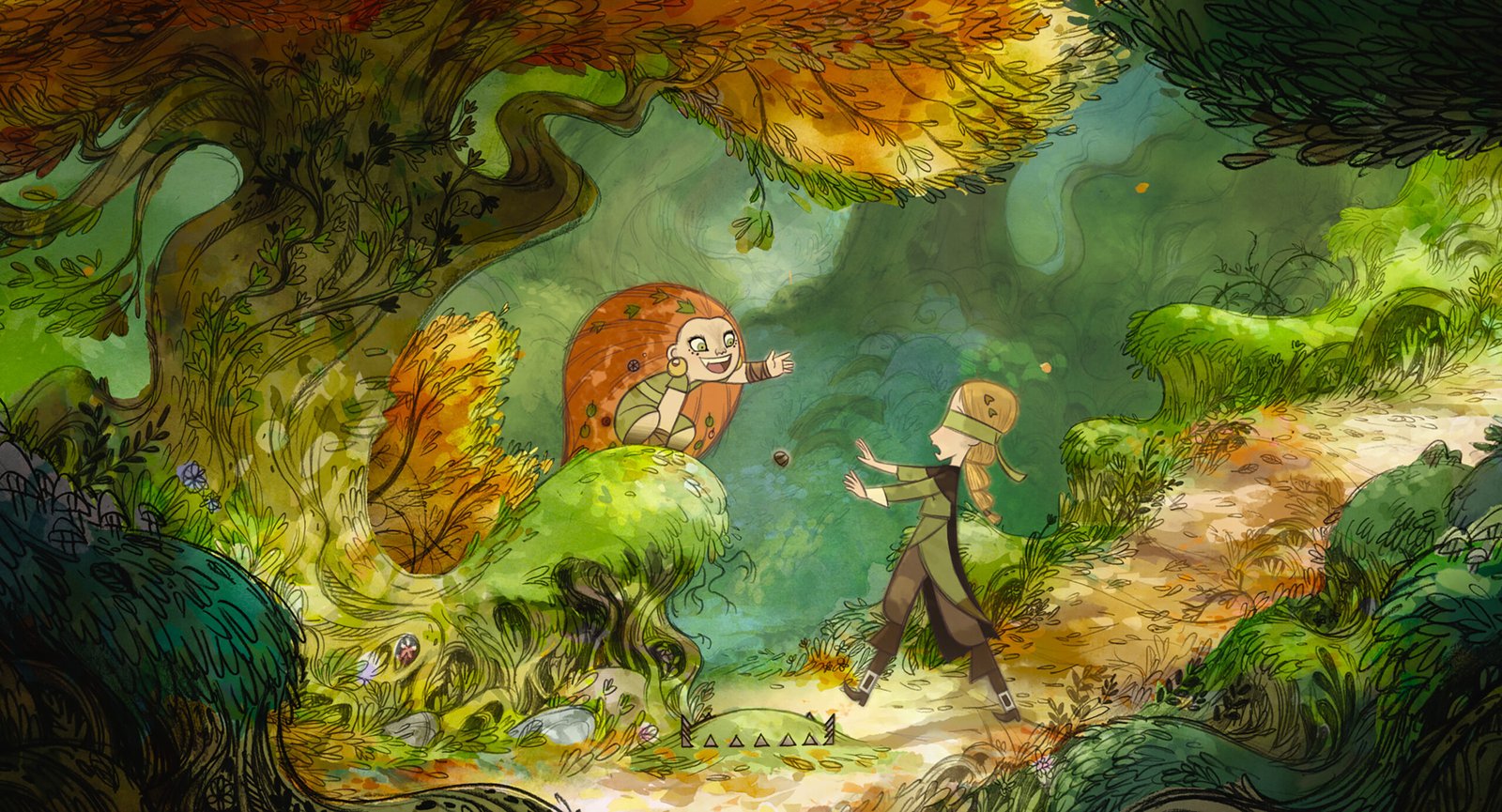 Director Tomm Moore knows the feeling of being otherized. “When I was a little kid, I was in a playground and I was playing with this little kid and his brother came over and asked if I was catholic or protestant and that’s how I found out I was catholic and how I found out that there was a problem with being one or the other.” Moore and his team have recently been nominated for their third Academy Award for Wolfwalkers, a delightful, animated feature steeped in Irish folklore and carrying themes that never seem to get less relevant. At its core, Wolfwalkers is about our connection to our past and to nature, but it is also a signpost for us all as we seek to tear down the many divisions in our society.

“I hate to say it, but I grew up in the 80’s and the tension going back to the English colonization was really present and I thought we moved past it but even today riots have started again. I feel like we need to talk about this,” says Moore as his film that premiered at the Toronto International Film Festival in September of 2020, seems to be speaking even louder so many months later. Britain’s ongoing exit from the EU and the stress of a global pandemic have brought new unrest stemming from decades old divisions in Northern Ireland. Here comes Wolfwalkers, a story about a little English girl, Robyn, living in a British settlement in Ireland befriending a little Irish girl, Mebh, who lives in the woods and may have supernatural wolf powers.

Robyn lives with her father in a puritan village that she very desperately wants to escape from. She would love nothing more than to run through the woods hunting with her father, but, in his misguided attempts to keep her safe, she is, instead, relegated to the palace kitchen. Naturally, Robyn follows her father anyway and winds up on an adventure alongside the wild-haired Mebh and her wolfpack. Mebh isn’t what Robyn is used to. At first, she’s even more off putting than the wolves. Once Robyn has a chance to see the world through Mebh’s eyes, though, her awareness, her sense of self, and their friendship begins to grow. Moore says of what he hopes to convey in the film, “I think about little girls that can see this story playing out and see that they have some say in their voice because it’s still a bit of challenge I think for young women to go against the grain of what society says.”

There just aren’t that many stories focused primarily on female friendship and empowerment, but what is so encouraging about Wolfwalkers, is that it allows Robyn and Mebh to make mistakes as they navigate a world that says they shouldn’t be friends. This is especially true as Robyn tries to bring her dad along on her journey of enlightenment only to find new pressure and stress to conform and stay safe. The process of reconciling divisions in our world is incredibly messy. We see that all around as it often feels like we are taking one step forward and five or six steps back. As we finally have a police officer on trial for the murder of George Floyd, a few blocks away history repeats itself. As history is achieved with America electing a female Vice-President, the capital is stormed with violence and insurrection. As Robyn tries to embrace her wild side and help Mebh out, she ends up reflecting her own oppression onto Mebh.

It is a sophisticated film that makes these complicated themes very palatable for children. Afterall, it is when we’re young that we first start recognizing our differences. Just as Moore did on that playground as a kid, and as he describes when he first moved from Northern to Southern Ireland. “So when I came down I had to do a lot of adapting to try and fit in. I had to try and change my accent on purpose, play down how my parents would take me to mass every day, a lot of that stuff that wasn’t seen as ‘cool’ or ‘normal’ amongst kids in my school.” Moore and his filmmaking team hope to inspire our current younger generations to imagine something different. He says, “That’s who it’s for, really, that generation. Cause they’re the ones that have to deal with all the division that we have and maybe if they can see themselves in these characters, they can imagine a less divided way of relating to each other.”

The film also imagines a world where the safety of women is placed more firmly in their own hands, something that is rarely a given in our world plagued by continued oppression of and violence against women. Complete human flourishing is often hard to come by in our fallen world. Wolfwalkers allows us, through folklore and friendship, the opportunity to have a holy imagination and look towards something better. Can you envision a world where all women are allowed to run free into whatever adventure they choose without fear? Hopefully it won’t be long before that world is a lot less fictional and with only slightly fewer magical wolves.