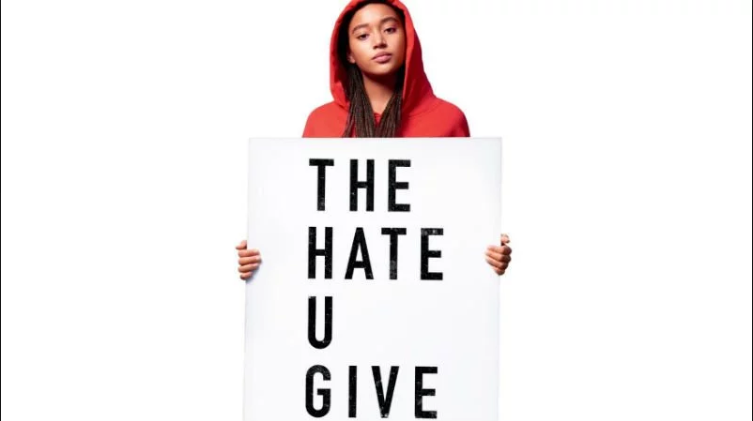 REVIEW: The Hate U Give

There is a pastor that I know who is really gifted at making baptism feel really personal. As the person approached the fount, there would always be an exchange where this pastor would read their full name aloud, and then explain the etymology or meaning of the name. “This is…,” he would say as he announced their name, “…their name means courage (or love, strength, etc.).” Another pastor I know, has the person state their full name and then says, “[insert name here], child of the covenant, very loved of God.” Usually, a life altering pivot point is what brings us to the baptism fount. I love that these pastors use it as an opportunity to continue to remind each person who they are. Our names come with some powerful purpose, promise, community, and love attached to them. God knows us and call us by name.

The baptisms I’ve been honored to witness, have been powerful ceremonies where the subjects’ names have been used to remind them of the new life ahead. In recent years here in America, another cultural ceremony has become all too common. One that involves names being read, tweeted, and shouted through megaphones. The names of some fellow image bearers have gained a new meaning in death. Tamir Rice. Alton Sterling. Philando Castile. Antwon Rose. Botham Shem Jean. These names have become a cry of lament. Their meaning has shifted from purpose and promise to loss and pain. These are the names of people of color who died in incidents like that depicted in the film, and the book it was adapted from, The Hate U Give.

Police brutality and excessive use of force have become hot button issues in American society. It is one of those issues that has always bubbled under our collective surface but found a new boiling point in the digital age. Those names and the many like them are now loaded guns. For some they inspire protest and action, for some they tap into fragility or fear, and for others all they call forth are tears. So how on earth could a young adult novel or it’s film adaptation cover such an emotionally charged topic?

The Hate U Give does it with grace, truth rooted in experience, compassion, and authentic performances. In the story, Starr (an Oscar-worthy performance by Amandla Stenberg) is witness to an unarmed friend being murdered by a police officer during a traffic stop. The film follows the personal, social, and societal fallout for Starr following the crime. As a white man, I am limited in how well I can translate Starr’s experience for you, but I can speak to what I experienced during the film. There was pain that it might be tempting to become numb to and there was hope I pray we never lose.

Following the murder in the film, some of the heartbreak comes from how painfully familiar the older generation was with what was happening. The film opens with Starr’s father explaining how to, best as he possibly could, survive the average traffic stop. Later he knows Starr will be haunted by the trauma in her sleep. The book and film get its title from Tupac Shakur, a late prophetic rapper whose words I wish would become less relevant. The events in this story are the same act in the same play that people of color can’t seem to get out of.

Starr’s father, Maverick, tries his best throughout the film to give his children guidance based in the reality he knew, but he also tried his best to give them hope. That hope is expressed as he explains the names he gave his children. They were intentional to remind them who they are. He knew Starr was always destined to shine, he drew his son Seven’s name from the Biblical number of perfection, and his son Sekani’s name from the joy he hoped he’d never lose. Their names point towards a future filled with purpose, promise, community, and love. Mav knows that he had to give his children something more than hate. The Hate U Give reminds us that those names that we’ve seen tick across the bottom of the news or trend on twitter need to give us more than hate as well.

The Hate U Give is worth seeing, probably in community, and coupled with some rich discussion, prayer, and follow-up. It is a work of fiction, but it is an invitation to enter a very real experience. Khalil Harris is a fictional character, but Trayvon Martin was a real person. Sandra Bland was someone’s daughter. God breathed life into Eric Garner and gave him his image to bear. Oscar Grant walked, and talked, and laughed. The emotions and opinions attached to these names after their deaths can be exhausting, but if we ever hope to give the next generation a better world we better remember everything those names now mean.