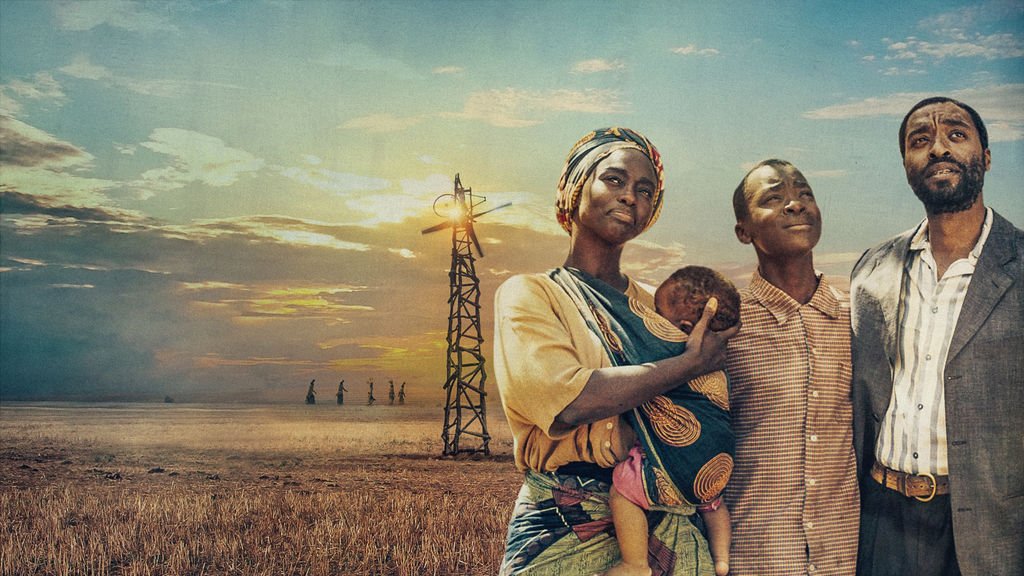 REVIEW: The Boy who Harnessed the Wind

What were you doing at 13? Many of us, our bodies entrenched in the chaos of puberty, were professional eye rollers. Discovering rebellion for the first time, we’d roll our eyes at the authority of our parents shirking off any kind of wisdom, instruction, or discipline they’d impart. These optical protests weren’t restricted to the home, of course, because school was also “such like a total drag, am I right?” At 13, we are taking significant leaps towards adulthood and recognizing our unique agency in the world and we often use it to act like we don’t care about anything. So we roll our eyes telling our parents and teachers to, “ugh, get a life.” Meanwhile, William Kamkwamba, at 13, was saving lives.

This is the story of Chiwetel Ejiofor’s based-on-true-events directorial debut headed to Netflix this week, The Boy who Harnessed the Wind. In the 2000’s, crushed by the growing global financial crisis and feeling the very real effects of a climate in chaos, Malawi was experiencing life-threatening circumstances. The harvest that the local economy rested on was dangerously light. Unregulated grain prices were causing hunger and violence. Every aspect of life was being torn apart. Land that belonged to families for generations was being sold off for pennies. Schools were shutting down. Families were being forced apart.

All of a sudden, more so than ever before, insurmountable dollar signs were associated with every human need. It was the kind of tragic reality that made Kamkwamba and his family question their worth every day. In the film, Kamkwamba’s father, played by Ejiofor, is tortured by the decisions of how to use the family’s resources. Every move feels like a gamble, even investing in his children’s education. In their village, if you excelled in school it was a way out. So why would he spend money only to break up his family and lose his best help around the farm?

So education becomes a threat to their family, to tradition, and to their resources. Kamkwamba, however, saw great value in education and, despite what he saw around him, knew that his village, his family’s land, and his family itself were worth more than anyone thought. He had to keep learning. Without money for tuition, he had to sneak into school and his local library. In the film, there’s a scene after Kamkwamba gets caught and a teacher coming to his defense says that he’s not sneaking into the school, he’s sneaking out of the fields. It was in that library where he got the idea that would save his family and his village.

Deuteronomy 16 describes the festival that ends their harvest calendar, “For seven days celebrate the festival to the Lord your God at the place the Lord will choose. For the Lord your God will bless you in all your harvest and in all the work of your hands, and your joy will be complete.” With the harvest complete, the joy of God’s people was also complete. A fruitful harvest showed them that God was with them. So imagine how Kamkwamba’s village felt when the harvest dried up.

Thankfully William Kamkwamba was at an age when he was discovering his agency and self-worth. His optimism kept him searching for ways he could bring flourishing to the world around him. Where everyone else saw nothing but dry lands, he saw potential. Thus began a journey that led him to the TED stage and, eventually, across the graduation stage at Dartmouth College. His father thought education was the enemy of his family, but Kamkwamba’s time in that library restored his family and his village to their God given glory.

William Kamkwamba sought to be a blessing to the world around him. His pursuit of knowledge saved lives. Ejiofor showed incredible talent in telling this story. It is exciting to continue to see Netflix give filmmakers the opportunity to make films you may not see otherwise. In his TED Talk, Kamkwamba suggests that there are young people out there that may one day watch his story and be inspired to change the world and believe in themselves. Now, on one of the most popular streaming services in the world, maybe his story will stop the eyes of 13-year-olds from rolling and instead looking for ways they’ll make the future better.