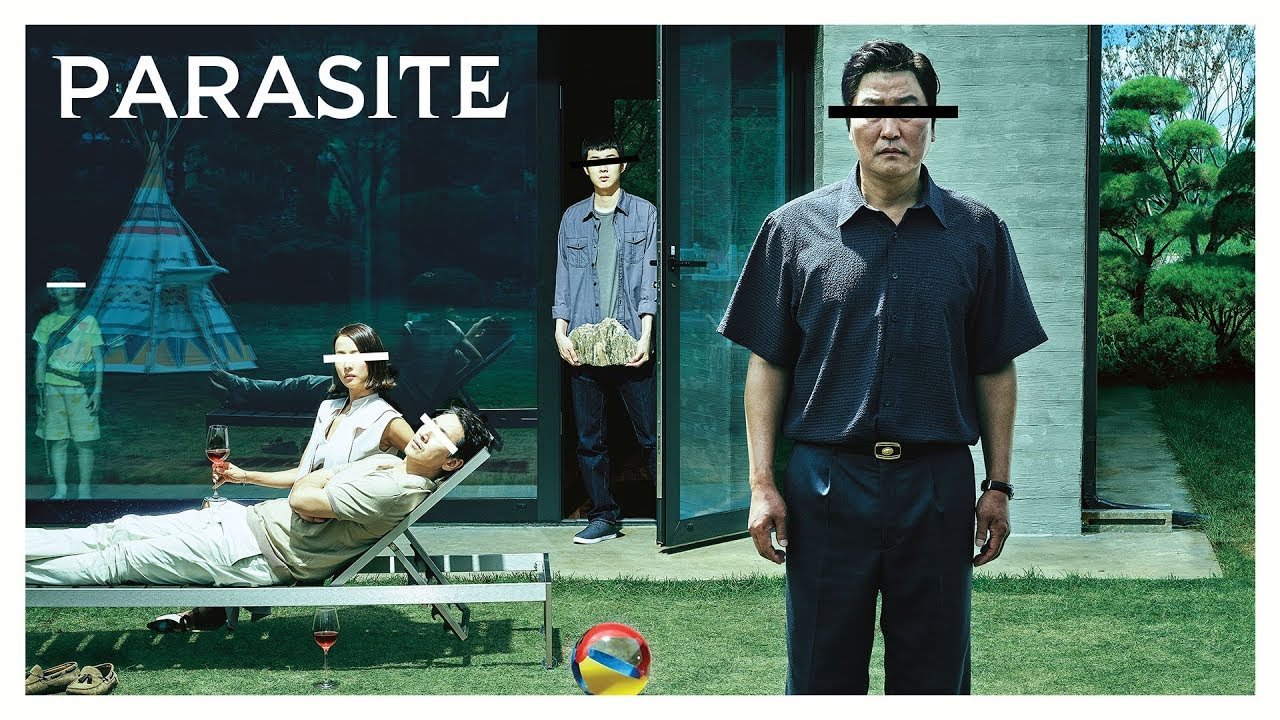 Tens of millions of television viewers recently rejoiced at the big screen return of a silver screen favorite. For four years, fans just couldn’t wait to once again walk down that gravel path to Downton Abbey. It’s a classic story of a society in transition and the ways progress affects or stifles characters throughout the different classes. Downton’s following were swept up in the romance of the extravagant traditions of the upstairs family and rooted wholeheartedly as the downstairs characters attempted to climb their way out to various success.

In all honesty, the film installment of Downton Abbey served more as a special episode of the show than it did a movie that might make awards moves, but a similar story is already being dubbed one of the year’s best! Imagine if Downton Abbey was set in modern day South Korea and helmed by one of world cinema’s most creative filmmakers. Well, what you’d get in the genre bending heist-suspense-thriller-horror-political-comedy, Parasite.

There are many reasons that Parasite is getting its praise. The movie excels in the major components to any movie: acting, writing, editing, sound, cinematography, etc. What makes it so uniquely special, though, is the vision and voice of its director. It is almost always hard to say what genre Ho is playing with in any given movie, and he often covered several. What’s more important is what he’s trying to say and how he’s using the medium to say it.

Like Downton, Ho often focuses on themes of class, exploitation, and society’s woes. In Snowpiercer, he depicts a future where the survivors of a global freeze are confined to a moving train with each car representing different class positons. In Okja, Ho tells the tale of the daughter of a lower-class farmer who raises and then must protect a genetically engineered future pig. Most would say these are strange movies, but there really is something unique and gripping about Ho’s vision. They manage to be weird without being inaccessible. They manage to have a dark edge but with a light of life. They exist in fictional universes but somehow evoke extremely real feelings. With Parasite, though, he’s doing something a little different. It features characters, a setting, and a premise that’s fairly normal. Yet, in perfect Ho fashion, the film manages to be anything but.

Parasite follows one of the downstairs families of South Korea. They live in a subterranean apartment where they fold pizza boxes for grocery money and huddle into the highest corners for just a taste of nearby WiFi. Fortunes change when the son is hired as a tutor by a very upstairs family and from there Ho takes his audience through somewhat of a genre obstacle course. This is just not a film you can stay ahead of. There’s no typical roadmap to follow through its narrative. In the year of our Lord 2019, that is such a rare gift.

What you will feel throughout the film is Ho’s ability to reach into your body and spark a reaction. It’s a visual medium but he orchestrates a sensory experience that you can smell and feel. It’s beyond the visceral feeling of texture and stretches into your involuntary bodily reactions to make you feel what the characters are feeling. At times, I was relaxed and confident. Ten minutes later I was suspicious and nervous. A few seconds pass and I’m breathless and shaking, and as it continues I’m uncontrollably sad.

I was exhausted. Ho wants you to feel what it is like to be those downstairs people trying to climb. It is reminiscent of another incredible film recently released from South Korea, Chang-Dong Lee’s Burning. Both films highlight a younger generation of South Koreans experiencing an ever expanding gap in the classes, and both films do so by focusing on what the lives of the lower class are truly worth. They explore the highs and lows of a life lived at the bottom of the stairs.

*Snowpiercer, Okja, and Burning are all currently streaming on Netflix and including Parasite should all be watched with viewer discretion as ratings vary. But they should be watched!