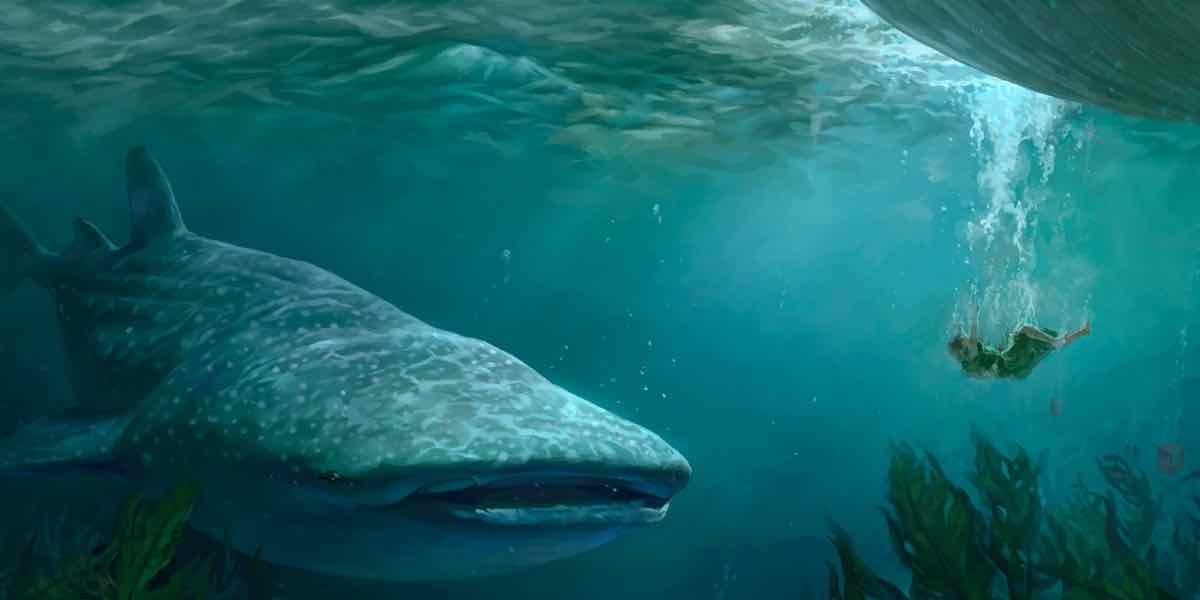 Not About the Fish

Have you ever thrown a massive temper tantrum?

That’s the question I asked my Sunday school kids this week. Realistically, I should have asked about when they’d thrown their last tantrum, and I could have just as easily asked that to the adults in the service a few rooms away.

After they answered, I told them we were going to finish up our 3-week series on Jonah by looking at his mega temper tantrum.

I don’t remember learning much about the last chapter of Jonah growing up. I remember a ton about the whale, a little less about what he told the Ninevites, and next to nothing about what happened after.

The story goes a bit like this: God calls Jonah to go to Nineveh and tell the people there to repent. Jonah knows God, and he knows how God acts, so he doesn’t want to go. He runs away, but God is with him the entire time. Jonah figures this out, but he still doesn’t want to go to Nineveh, so he jumps ship, choosing death. God’s not done, and Jonah finally decides to go where God has called him all along. When Jonah arrives in Nineveh, he begrudgingly does what God asks, calling the Ninevites to repent. We know he goes begrudgingly because of his fairly extreme reaction in chapter four.

And while what he says is not *not* true, it’s not the first thing your average evangelist would chuck out. “Forty more days and Nineveh will be overthrown.” – Jonah 3:4

Which brings us to chapter four of Jonah. Jonah has set up shop on a hill overlooking the city of Nineveh, ready to watch its destruction. But destruction never comes.

Jonah called it. And when he sees Nineveh redeemed, the temper tantrum begins.

“I knew that you are a gracious and compassionate God, slow to anger and abounding in love, a God who relents from sending calamity. Now, Lord, take away my life, for it is better for me to die than to live.” – Jonah 4:2-3

Jonah knew God’s unchanging character, and the thing he feared has happened. God has turned aside His wrath. Jonah is so peeved that he wants to die.

As unflattering as it is to admit, I can be a bit of a Jonah. I have a dramatic edge, and my anger at injustices I experience often extends beyond what is justified. I think that some things and people are irredeemable, quickly forgetting both who God is and what He has done for me.
Continuing on in chapter four, God gives Jonah shade through a plant, and then He takes the plant away. Jonah once again proclaims that he is so upset that he could die, and God counters with a simple question: “Is it right for you to be angry about the plant?”

God breaks it down for Jonah. Jonah cares about this plant – a plant to which he has no real attachment. If Jonah can be so upset about the loss of this plant that he wants to die, how then is it unreasonable to expect that God, who knew and loved every person in Nineveh, would desire to have compassion on them? God is concerned for His people, and though Jonah and I might fight against that truth sometimes, we stand unsurprised.

He is the God who uses the petulant child. The God who chooses to claim the sinful as His own. The God who is compassionate and gracious, slow to anger and abounding in steadfast love.

I think this chapter has heaps to teach us, but one thing has stuck out to me in the past few weeks: God will use who He will use to accomplish the mission He has set forth.

But aren’t we ready, just like Jonah, to watch God destroy those we deem unworthy? My pastor has been on a bit of a Kanye kick the past few weeks, and we’ve had some discussion about Kanye’s conversion. It seems genuine, and he seems to really love the Lord, but I’ll certainly never know for sure. There has been much speculation about Kanye’s heart – does he love the Lord or is it just a phase?

Too many believers are waiting for Kanye to fall from grace. Too many of us are waiting for our “I knew this would happen” moment, the moment in which Kanye publicly messes up and we call for anger and wrath from above.

But our ‘I called it’ moment, I guarantee, will be far more like Jonah’s. We will watch an undeserving sinner be redeemed, once again, and our only response will be this – I know my God, a God who is compassionate, slow to anger, and abounding in steadfast love. I am unsurprised.

Sinful Jonah scoffs at the sinful Ninevites. A perfect, gracious God forgives them both.

We don’t get to tell God who He will use.

Jonah is a broken reflection of Jesus, just like many biblical men to come before and after him. Jonah and Jesus were both scared, but Jesus willingly went. Jonah spent three days in the belly of the fish, Jesus three days in the belly of the earth. Jonah preached justice, Jesus brought justice and extended mercy. Jonah, a sinner, held himself higher than others. Jesus, without sin or flaw, humbled himself, even to the point of death on a cross (Philippians 2:8).

When I feel Jonah’s anger, I take it to the foot of cross. When I feel like God isn’t being fair, I take it to the foot of cross. When my sinful heart wishes to see vengeance, I take it the cross, and I lay that down alongside the rest of my sin. I lay it down and I begin again to see God rightly, as the God who made it His plan to redeem me through Christ before time began (Ephesians 1:4), who calls me His daughter, and who tells me to imitate the humbled Christ, loving those around me as the Father has loved me.

I have no doubt that I’ll fight the call sometimes, just like Jonah did, but God, just as He has throughout all of time, will use the broken messed up people that He loves to accomplish that which He has willed. The unchanging God is slow to anger and abounding in steadfast love, and I am a thankful recipient of that grace. May I strive to extend that which I have received.