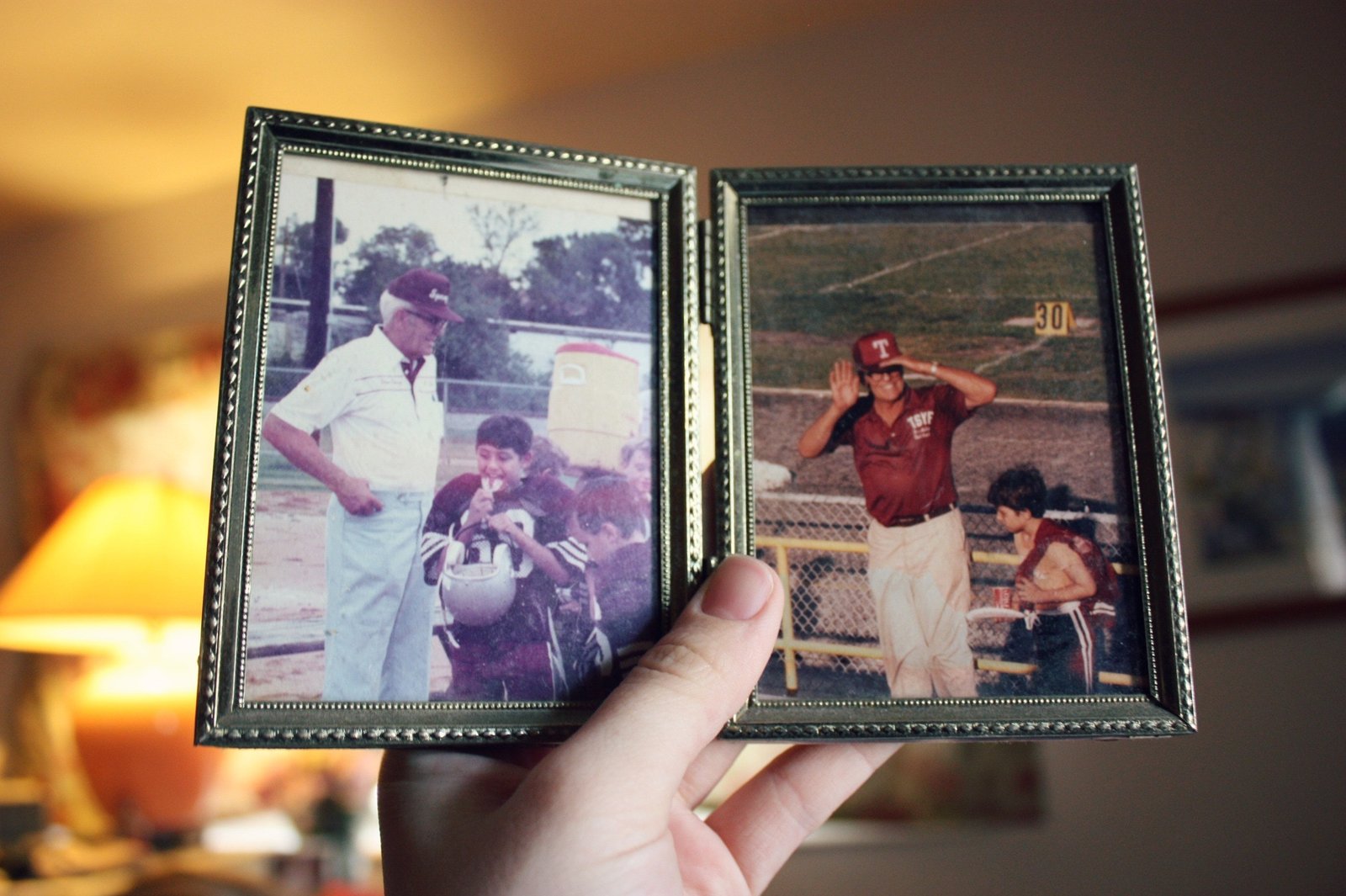 There’s an iconic scene from the 2005 Johnny Cash biopic, “Walk the Line,” that, even today, sticks with me. During Cash’s audition for Sun Records, label man Sam Phillips abruptly stops his half-hearted attempt at a Gospel track. Phillips knows Cash is playing what he thinks he should, not what his heart wants to say. “If you was hit by a truck and you was lying out there in that gutter dying, and you had time to sing one song. Huh? One song that people would remember before you’re dirt…You tellin’ me that’s the song you’d sing?,” Phillips pushes back. In the scene, Cash responds with a haunting, insecure rendition of “Folsom Prison Blues.”

“Well I know I had it comin’, I know I can’t be free, But those people keep a-movin’, And that’s what tortures me.” This is what Cash wanted to get off his chest before his hypothetical gutter death. Have you ever spent time with that question? Is there a song you’d sing with that level of therapeutic urgency, a tune that is waiting to burst from your heart if you were faced with eternity? I read through Paul’s letters, written from prison cells, flooded with urgency for the people in his mission fields to get the Gospel right. I read the accounts of Jesus’s last few conversations with his disciples where he warned again and again of the tragic, yet beautiful events that were coming. But then, there’s David, who may have one of the more peculiar final interactions with his people.

Can you imagine what David’s life must have been like? He made some all-time, top ten mistakes, but somehow managed to turn his heart fully back to God. He had incredible military victories, depressing spiritual lows, he betrayed friends, hurt his people, but built a vast, magical kingdom and a legacy that found its realization on that first Easter morning. David’s life is a testament to a faithful, patient God and a servant who was a man after God’s own heart. Even when faced with terrible punishment after his sinful census David chose to be submitted to God. In 1 Chronicles 21:13 David says, “I am in deep distress. Let me fall into the hands of the Lord, for his mercy is very great; but do not let me fall into human hands.” God’s mercy made sure these weren’t David’s last words. Instead, his last moments with his people were a financial ask.

“1 Then King David said to the whole assembly: “My son Solomon, the one whom God has chosen, is young and inexperienced. The task is great, because this palatial structure is not for man but for the Lord God. 2 With all my resources I have provided for the temple of my God—gold for the gold work, silver for the silver, bronze for the bronze, iron for the iron and wood for the wood, as well as onyx for the settings, turquoise, stones of various colors, and all kinds of fine stone and marble—all of these in large quantities. 3 Besides, in my devotion to the temple of my God I now give my personal treasures of gold and silver for the temple of my God, over and above everything I have provided for this holy temple: 4 three thousand talents of gold (gold of Ophir) and seven thousand talents of refined silver, for the overlaying of the walls of the buildings, 5 for the gold work and the silver work, and for all the work to be done by the craftsmen. Now, who is willing to consecrate themselves to the Lord today?” – 1 Chronicles 29:1-5

Here’s David basically saying, “Look at all the stuff I’ve gathered and given to this mission, now what are you going to give?” Could he be laying it on any thicker? This doesn’t seem entirely fair. Who could say no to that ask? However, I don’t think David is using the final card in his hand to hit his people’s guilt nerve to fund his son’s new project. There’s more at play here, and it might give us some helpful evaluators of our own leadership legacy.

His hands were on the plans

His eyes were on the future

Knowing that Solomon was going to be building the temple, David had done everything he could to set up the next generation for the future. He had made strategic partnerships with neighbors for necessary resources. He talked with God constantly to get the blue prints. He amassed a great fortune. What a gift it was for God to let David know that he wouldn’t be building the temple. It changed the focus of his ministry, not towards his success, but the success of his son.

Do you have your eyes on the future? Does the leadership of your church? It is a scary thing to give the power of something you’ve built over to someone who might make mistakes, but we don’t trust our stuff with the next generation alone. David’s trust in the Lord allowed him to turn the driver’s seat over to his son. Despite the task being great, David knew the treasures he’d gathered weren’t his to begin with. Knowing that made the transfer of power easier.

His mind was on the task

In these final chapters of 1 Chronicles, you get the sense that David knew his death was coming. He was getting his affairs in order. I’m not sure how many of you have ever had to manage the estate of a passed loved one, but it can be a headache. In the midst of a storm of grief, executors of a will or estate have to worry about filing paperwork, paying taxes, and hitting all kinds of deadlines and procedures. What makes it easier is having as much of this lined up before the passing. We don’t all get this chance, but David did. There’s practicality to his actions here, but there is simultaneously a deep spirituality at work.

His heart was on his people

Yes, David had to get his affairs in order but he was also concerned with the right ordering of his people’s hearts. His kingdom was, perhaps, at the height of its powers. As David describes the resources he’s assembled over his reign, it’s easy to picture this going to people’s heads. We see this play out in the kings to come. As Israel felt untouchable, it led to lots of mistakes and betrayals of God’s commands. David had made this mistake already back in 1 Chronicles 21. In a Scrooge McDuck moment, a consistently victorious David wanted to take a dip in his fortunes, he wanted to count his resources. God’s punishment was severe.

What a relief it must have been then to have his people respond with generous giving. In his financial ask, David was testing his effectiveness as king. Did his people adopt a heart like his, fully devoted to the Lord? Their answer led David to immediate praise.

“10 David praised the Lord in the presence of the whole assembly, saying,

“Praise be to you, Lord,

the God of our father Israel,

11 Yours, Lord, is the greatness and the power

and the glory and the majesty and the splendor,

for everything in heaven and earth is yours.

Yours, Lord, is the kingdom;

you are exalted as head over all.

12 Wealth and honor come from you;

you are the ruler of all things.

In your hands are strength and power

to exalt and give strength to all.

We then read that his goal wasn’t just about a capital campaign. David prays in 1 Chronicles 29:18-19, “18 Lord, the God of our fathers Abraham, Isaac and Israel, keep these desires and thoughts in the hearts of your people forever, and keep their hearts loyal to you. 19 And give my son Solomon the wholehearted devotion to keep your commands…” David’s last hope was that his people’s hearts were loyal to the Lord of all.

What was David’s legacy? Was it the kingdom he forged from the battlefield? Was it the heaven-like house that would be built for the Lord? Was it the heir to his throne? In 1 Samuel 13:14 and Acts 13:22, David’s nickname is a man after God’s own heart. He knew that all the gold, silver, and jewels in the world couldn’t compare to this. Even the most thought out and foolproof plans couldn’t lead to as much success as a heart submitted to God. We know David’s prayer didn’t immediately come true. Solomon started off strong, but then fell. King after king came each one with less and less loyalty to God. The kingdom fell. The people were exiled from the land David fought for. The temple he sacrificed for crumbled.

God is faithful, though. The length of David’s reign in Jerusalem reminds us of when this prayer came true. Another King would come that reigned for 33 years and then forever. This King was perfect in every way. This King was fully submitted to God’s plans and desires for his people. This King made a way for God’s everlasting temple to be built in each and every one of us. This King made it so that when God looks at our hearts he sees perfection. That’s a story I hope my heart tells on the mountaintop or in the gutter. That’s a song I want my legacy to sing to future generations.