John C. Maxwell is a No. 1 New York Times bestselling author, coach and speaker who has sold more than 24 million books in 50 languages. … He is the founder of The John Maxwell Company, The John Maxwell Team and EQUIP, a nonprofit organization that has trained more than 5 million leaders in 180 countries.

Here is some of the best of his wisdom:

“There are five nonnegotiable characteristics that every effective leader must have: a sense of calling, an ability to communicate, creativity in problem solving, generosity, and consistency.”

“The respect that leadership must have requires that one’s ethics be without question. A leader not only stays above the line between right and wrong, he stays well clear of the ‘gray areas.'”

“Your ultimate goal as a leader should be to work hard enough and strategically enough that you have more than enough to give and share with others.”

“As a leader, you don’t earn any points for failing in a noble cause. You don’t get credit for being ‘right’ as you bring the organization to a halt. Your success is measured by your ability to actually take the people where they need to go. But you can do that only if the people first buy into you as a leader. That’s the reality of the Law of Buy-In.”

“The best leaders are humble enough to realize their victories depend upon their people.”

“Leaders see everything with a leadership bias. Their focus is on mobilizing people and leveraging resources to achieve their goals rather than on using their own individual efforts. Leaders who want to succeed maximize every asset and resource they have for the benefit of their organization. For that reason, they are continually aware of what they have at their disposal.” 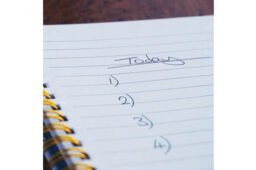