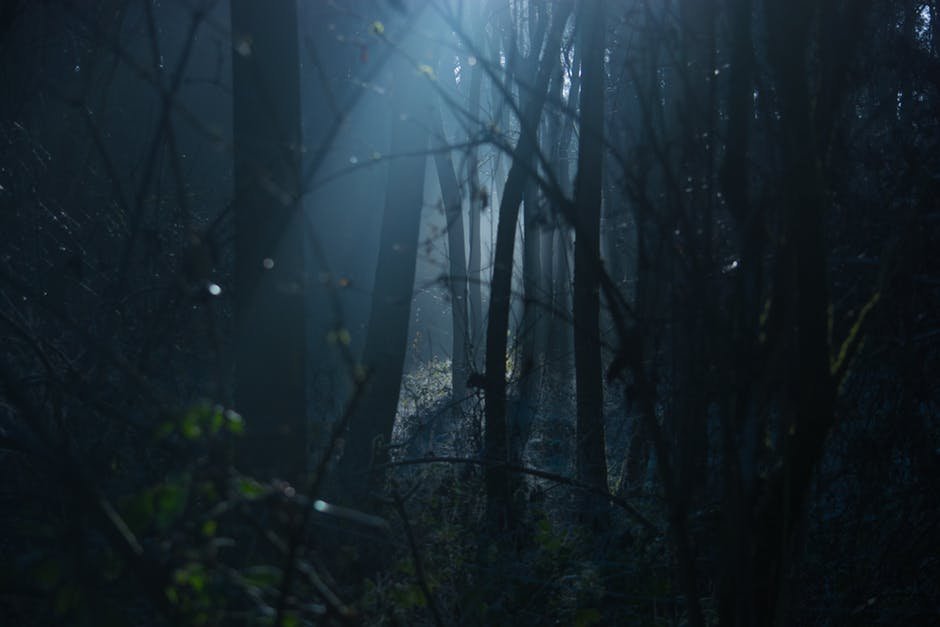 Can you smell the leaves changing and the whiff of pumpkin spice in the air? Is your tongue starting to moisten at the thought of a pumpkin-shaped peanut butter cup? Are you already brainstorming creative uses for the candy corn you’ll definitely receive but will ever eat? If you’ve answered yes to any of those question, then you know what time of year it is, Halloween. Besides the autumn and candy related signs of the holiday, one major staple are scary movies. Which begs the question, as Christians how are we to interact with the genre of horror?

Let’s start with what might be obvious. The horror genre is a mixed bag when it comes to content. Especially in the current financial climate in Hollywood where it’s easy to spend 10 million dollars on a scary movie that is bound to make triple or five times that. These are no-brainer investments for studios but they often produce films that are just as devoid of a brain.

From a spiritual perspective, add into this equation Paul’s idea in Romans of the renewing of our minds. We must take careful consideration with what we put into our minds because they are malleable. I have a decently high tolerance for horror content, but even I have to admit I need a break at times. So I encourage you if you’re particularly sensitive to violent and graphic content or if you aren’t mature enough to separate fiction from reality, you might want to stay away all-together.

However, as with any form of art, horror films are created by the image bearers of God, and so we must engage the good and the bad. When horror is bad, it is thoughtless and exploitative. Film critic Jeffrey Overstreet in his book “Through a Screen Darkly” says this of cheap horror, “Cheap horror films titillate our curiosity about evil and leave us wanting to see darker and darker things, desensitizing us to the suffering of others. Artful, meaningful horror films expose evil so that we run screaming in the other direction.”

When horror is at its best, it asks questions like no other genre about idolatry, the existence of evil, God’s place in the world, and personal sin. Horror might be the genre where the most discernment is required when choosing your content, but these films also represent how some image bearers react to very human feelings, emotions, and experiences. Horror allows its artists to take these feelings to the extreme.

Do you think God isn’t strong enough to bear our deepest, darkest, most extreme emotions? The Bible is a cross-genre work complete with suspense, terror, and gore. These elements are part of the human experience. We live in a fallen, very dark world and our art, at times, will reflect that. Now if image bearers are choosing this genre to express themselves, what could it mean for us to enter into those dark spaces with them? God knows we are dealing with dark things and he doesn’t shudder. Should we?

What do we have to fear?

The spaces created by horror movies can be hard to stay in. When we come face to face with what horrors man is capable of, it should cause lament and that is an exhausting posture to be in. It can also be humbling to pair the human depravity shown on the screen to the Biblical truth that there is no one righteous, not even one. We are all capable of darkness.

Here is the good news, though, there isn’t an evil in existence more powerful than God. These spaces of terror are easier to inhabit when we are grounded in a rightly-ordered hierarchy of power. The evils of man and beyond are no match for the goodness of God. Again and again throughout scripture, God proves himself as Lord over every realm both natural and supernatural. The light shines in the darkness and the darkness will not overcome it is a promise we can view horror stories through.

One movie that allowed me to engage this idea was The Conjuring. On the surface, it is a typical haunted house story. A family, ready for a fresh start in a new place find themselves in a new home that has a dark past. Digging deeper into the action of the film reveals an incredible truth. Every atrocious act completed by the film’s spiritual enemy is intended as a jab at God, an attempt to mock the most high. That is all evil can attempt to do. Yes, evil can strike hard and heavy blows but never will it ever have the final word. So if we have nothing to fear the question has to become but why are we afraid?

What does horror tell us about idols?

Of idolatry, I once heard Tim Keller posit that if we are searching for the things we idolize they aren’t found in our dreams but actually in our nightmares. Those things we are in danger of worshipping in the place of God are the things we are most afraid to lose. Fear originates in spaces where our idols are in danger and we fail to trust in the promises of God to sustain us. We fear the least when we are the most comfortable, but when comfort is taken away we begin to shake. It might be worth entering into scary stories to discover the things you’re truly afraid of and why you’re afraid of them.

I love being young. The feeling of invincibility. The hope of a bright and wide future ahead. I never realized how truly uncomfortable I was with aging until I watched a story where that was the villain. M. Night Shyamalan’s The Visit was terrifying to me. The antagonists of the movie, a set of grandparents, are terrifying because they are losing control of their bodies and their minds. It wasn’t hard for me to place myself in the minds of grandchildren cowering in their room in the night while the grandparents creeped around the halls. The movie directly attacked the idol of my youth.

Then there is the fear of death. To not fear death is probably one of the more difficult tasks of a Christian. Why are we afraid of death? Death is surrounded by evil. It is painful, it’s sad, it is the consequence of sin but one of the greatest truths of the Bible is that we have a King in Jesus who not only died for us but also conquered death on our behalf. The most quoted Bible verse in the world, John 3:16, even talks about the promise not of perishing but of everlasting life. Our joy for living comes from a life of co-laboring with God and enjoying God’s good gifts, but it is also in God that we experience a hope beyond death. Take that Michael Myers.

The mirror of horror

Some of the most effective horror doesn’t just expose our idols but brings us face to face with the consequences of our sin. This is why my favorite subgenre of horror might be zombie films. The Bible makes it clear that the wages of sin is death, but as humans we take death and bury it in the ground. Artful zombie auteurs ask the question what if we couldn’t bury the sins of our past? What if there was no place to hide from them? What if we were actually consumed, taken over by them?

We recently lost the originator of the genre, filmmaker George A. Romero. He was a master at diving into these questions. From his commentary on race and injustice in his original Night of the Living Dead, to his jabs at commercialism and greed in Dawn and Land of the Dead, or his critical look at the military in Day of the Dead, Romero always had some greater sin in mind that he wanted to explore with his flesh-eaters.

Horror can be the most powerful form of social and spiritual commentary that we have. The Halloween season is often filled with thoughtless gore-fests. For every Halloween there is a Halloween: Resurrection. Our call as followers of Christ might be to wade through the exploitative and find the true voice of image bearers crying out from the darkest places of the human experience. I long for the day when the movie-going public sours on endless low-budget horror sequels and we get more Get Out’s than Lights Out’s.

Until then, though, it is our job keep our discerning eye sharp and explore some of these stories for the sake of our fellow image bearers who live these stories every day. To abandon the genre all together might be an act of misguided legalism, but to enter it thoughtfully might help you discover more than you’d ever imagine about yourself, your neighbor, and God.