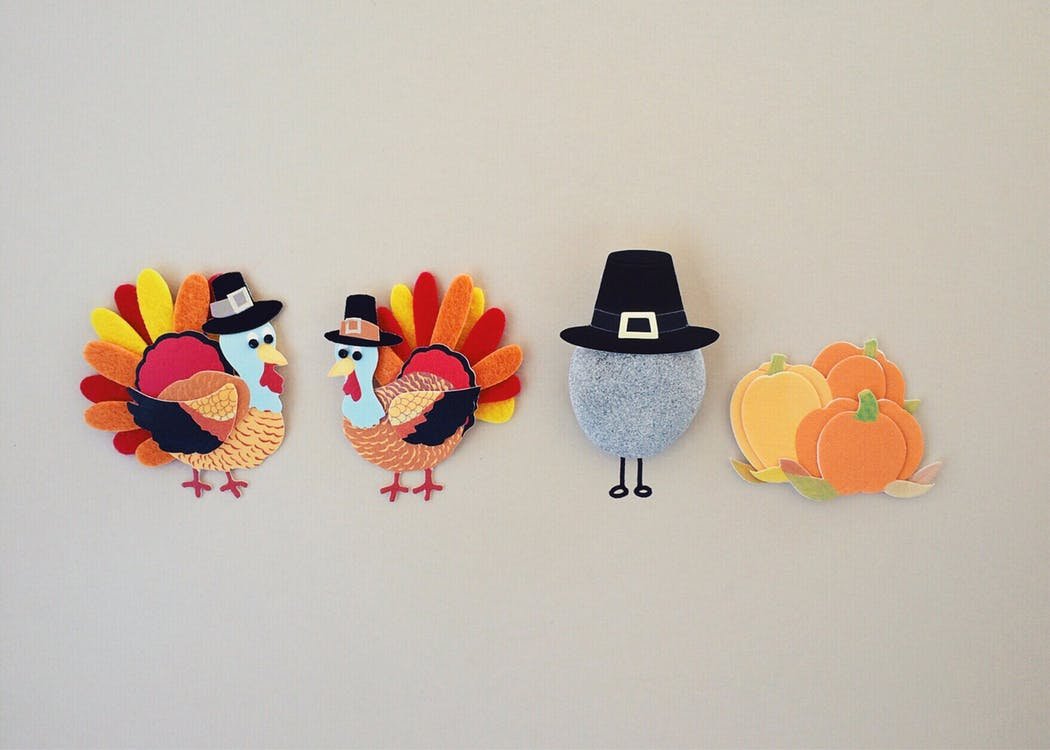 A few weeks ago, I bought a small sign at Target that says “thankful”. I thought the orange color would be nice in my office – and a little witness décor would be the reminder I needed to be thankful this year. Shortly after my purchase, I decided to purchase a few more for some friends. We can all use a little reminder to be thankful, can’t we? Well, my local Target didn’t have anymore. And “Spot’s Playground” (which is the dollar spot), isn’t trackable in the stores.

So I was on the hunt.

I perused all the Targets in our county, sent my friends on the hunt to other counties, checked online (obsessively), and even spent some time with a lovely woman named Megan on an early Sunday morning trying to hunt more down at the one closest to my church campus. For the next few weeks, I hunted and hunted and hunted. I was able to find a few of the ones like mine and some other ones that were a different shape, but I was sold on the saying – thankful.

Tradition has it that Thanksgiving began in 1621 after the Puritans landed near Cape Cod and made friends with Squanto and his tribe. In 1863, at the height of the Civil War, and after much solicitation, President Abraham Lincoln made Thanksgiving an official holiday in the United States – states that weren’t very united at that moment. According to history.com, Lincoln declared Thanksgiving, “A proclamation entreating all Americans to ask God to ‘commend to his tender care all those who have become widows, orphans, mourners or sufferers in the lamentable civil strife’ and to ‘heal the wounds of the nation.’”

Do you see it?

Thanksgiving was started as an act of civility amongst people groups and continued under the plea to Americans to bow their knees and pray for our nation. I’d say we need that now – almost 400 years after the first Thanksgiving.

Thankfulness is a lot more like a discipline than a feeling. Jesus gave thanks when he broke the bread at the last supper (Luke 22:26) – I can’t imagine he was feeling thankful for the pain he was about to endure. We are implored by Paul to “give thanks in all circumstances” (1 Thess 5:18) – which literally means ALL – the good ones and the bad ones. Some form of the word “thanks” is used upwards of 125 times in the Bible, which makes me think it’s probably pretty important.

Ann Voskamp wrote a book called One Thousand Gifts in which she was challenged to write down 1000 “thankfuls” in a year’s time. Averaging about three per day, the book chronicles how vastly different her view of thankfulness was at the beginning of the journey and at the end. Committing to write down thankfuls is much more of a discipline than a feeling.

This Thanksgiving, my prayer for you is that we would look back to the heart of Thanksgiving – asking God to commend his tender care to all those who are downcast, praying for our nation and our world, and maybe even practicing the discipline of thankfulness by writing a list of thankfuls – even if we don’t feel it.

I display that sign in my office as a reminder to be thankful. But it’s taking on a whole new meaning.