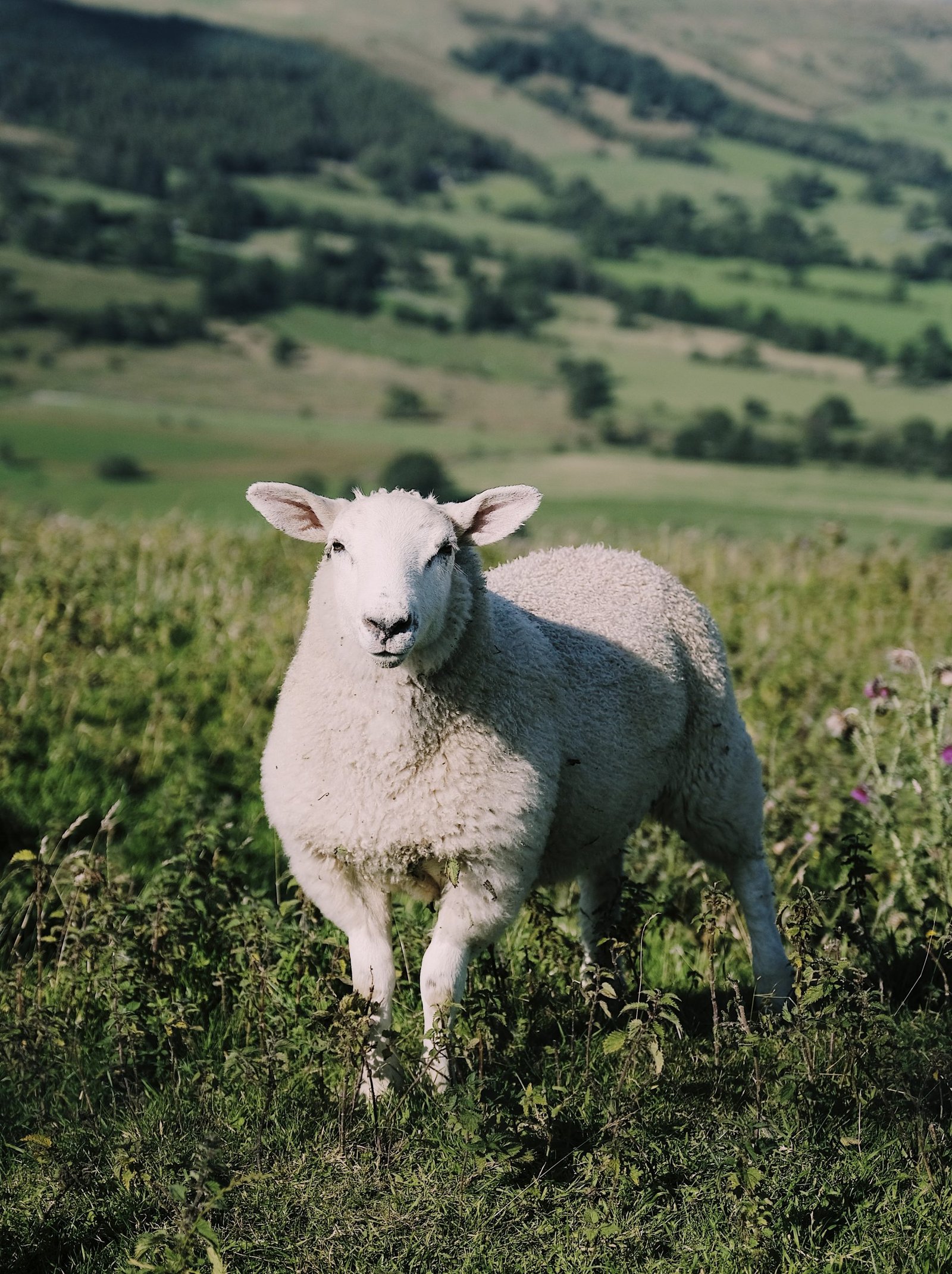 The next day again John was standing with two of his disciples, and he looked at Jesus as he walked by and said, “Behold, the Lamb of God!” The two disciples heard him say this, and they followed Jesus. Jesus turned and saw them following and said to them, “What are you seeking?” And they said to him, “Rabbi” (which means Teacher), “where are you staying?” He said to them, “Come and you will see.” So they came and saw where he was staying, and they stayed with him that day, for it was about the tenth hour. One of the two who heard John speak and followed Jesus was Andrew, Simon Peter’s brother. He first found his own brother Simon and said to him, “We have found the Messiah” (which means Christ). He brought him to Jesus. Jesus looked at him and said, “You are Simon the son of John. You shall be called Cephas” (which means Peter).  The next day Jesus decided to go to Galilee. He found Philip and said to him, “Follow me.” Now Philip was from Bethsaida, the city of Andrew and Peter. Philip found Nathanael and said to him, “We have found him of whom Moses in the Law and also the prophets wrote, Jesus of Nazareth, the son of Joseph.” Nathanael said to him, “Can anything good come out of Nazareth?” Philip said to him, “Come and see.” Jesus saw Nathanael coming toward him and said of him, “Behold, an Israelite indeed, in whom there is no deceit!” Nathanael said to him, “How do you know me?” Jesus answered him, “Before Philip called you, when you were under the fig tree, I saw you.” Nathanael answered him, “Rabbi, you are the Son of God! You are the King of Israel!” Jesus answered him, “Because I said to you, ‘I saw you under the fig tree,’ do you believe? You will see greater things than these.” 5And he said to him, “Truly, truly, I say to you, you will see heaven opened, and the angels of God ascending and descending on the Son of Man.” (John 1:35-51)

John gives readers of his Gospel his first visions of Jesus Christ in John 1, namely verses 35-51. As I read on Saturday evening alone in my room, the sweetness, mystery, and power of Jesus captivated me with such depth and pleasure. Today, I want to explain three instances that especially struck me. These three moments, with three different sets of people, characterize much of who Jesus is and what he does when he first meets us, or when we encounter him in a fresh new way.

As soon as John acknowledges Jesus’ lordship, he explodes with praise. He exclaims “Behold, the Lamb of God” (John 1:36). All Jews would recognize the weight of John’s remark – he identified Jesus as the Messiah. Notice that once the two disciples hear John say this, they follow Jesus (John 1:37). This is the one they waited for. And yet, when Jesus notices that they follow him, he ignores the chance to bask in glory, make much of himself, or even welcome them. Instead, he asks them the most fundamental question of life – “What are you seeking?” (John 1:38) – almost to say, “why do you follow me?” He wants to know their motivation. He desires to hear their heart. John and these two disciples do not answer, but instead ask him “where are you staying?” (John 1:38). They seek to be with him. They seek to know him. To spend time with him. To enjoy and be free in his presence. They want to see who this Jesus really is. Sadly, we never do these things. We never aim to simply be with him where he is. We do not want to know him at all, we just desire things from him. It is so sweet to ask him where he stays, because he responds “Come and you will see” (John 1:39). You will see, but first you must wait as you come on a journey with him. We loathe waiting. But if you come, you will see him – you will see what he is like, and you will want to stay with him through the night because of what you find there and the wonder that awaits (John 1:39).

The next day, Andrew cannot contain the joy that welled up in him when he beheld the Lord. He went straight to Simon, his brother, and proclaimed that he “found the Messiah” (John 1:41). Andrew brought Simon to Jesus at once, and as Jesus laid eyes on him for the first time, he calls Simon by a new name. He calls him Cephas, or Peter, which means “rock”. This happens to all of us when we first meet Jesus. No longer are we enemies of the God (Romans 5:10), but rather we receive a new identity and a fresh calling and purpose that we did not know or recognize before. He calls us friend. Peter likely failed to see himself how Jesus saw him. Jesus’ vision far surpassed anything Peter saw in himself, especially beyond the boat. Peter knew nets and sea, but Jesus saw the fisher in Peter with greater depth – setting free and gathering up the lost sheep of Israel and beyond.

When Jesus went to Galilee, he found Phillip, who came from Bethsaida, or “City of Fish,” the same city as Andrew and Peter. For the entirety of their lives, all they knew was fishing. But, Jesus invited them into fishing with much higher stakes – fishing with eternity on the line. When he saw Phillip, notice that he did not address his current sin, he did not ask him to change his life on the spot, and he did not ask him to raise his hand to receive salvation. He simply asked Phillip to follow him. Phillip immediately goes to find his friend Nathanael. Even though it seems that he experienced a quick interaction with Jesus according to John, he cannot contain it either. When you really meet with God face-to-face, something inside of you must come out and it must be proclaimed to the world.

When Nathanael hears that Phillip found “him of whom Moses in the Law and also the prophets wrote,” he initially seems unsure and skeptical, but Phillip invites him with the same phrase that Jesus used to invite John and his two disciples – “Come and see” (John 1:46). And as Nathanael comes to Jesus and he first sees Nathanael, he calls out what he sees in him, “an Israelite indeed, in whom there is no deceit” (John 1:47). He knows those who are his, even to the core of their being, with a penetrating depth that causes Nathanael to ask “how?” in utter astonishment. And yet, even after Nathanael has seen enough of Jesus to confess that he is “the Son of God” and “the King of Israel,” (John 1:49) Jesus quickly reminds him that he is just getting started (John 1:51). Truly, wherever we are in our journey with Jesus, whether we just accepted him or have walked with him faithfully for 70 years, he wants to remind us that we have not seen anything yet.

Behold the Lamb of God. Cherish him. Ache for time with him. Ask him where he stays so that you can come and see and begin a journey into discovering who you truly are and understanding all that he is for you.