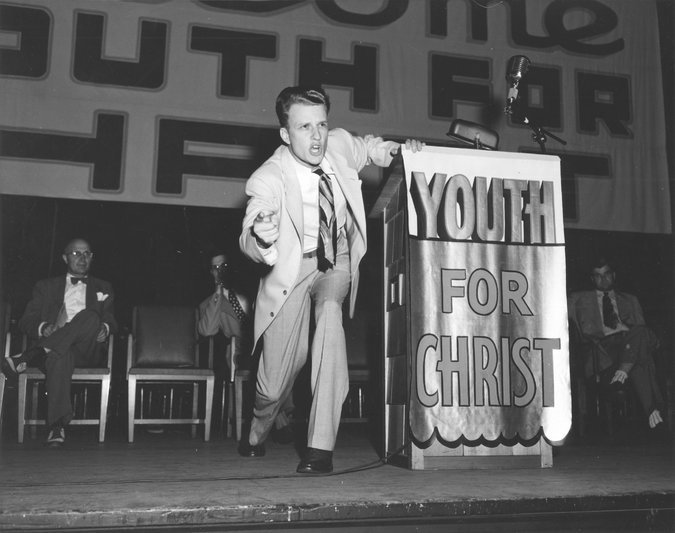 Billy Graham Was Not a Racist: Christianity, Moralism, and the Future of the Church

A few weeks ago, evangelist and preacher Billy Graham died. In his lifetime, he shared the Gospel with millions of people across the globe. He was known for his wit, his passion, and, most of all, his great faith.

After his death, a number of articles came out about his life. Many of them were glowing. Some not so much. That was surprising to me. For a man who lived his life for all intents and purposes above reproach, there was a distinct flair of bitterness towards him from some of the different media outlets. The main argument against him was this: he was a racist.

No, he didn’t fight for segregation. No, he wasn’t in the KKK. No, in fact, he made sure to always demand that where he preached was desegregated. It is inherently not true that he was a racist. But we would be amiss if we missed the broader problem here—Americans do not know what the gospel is.

What a 2018 article on CNN was supposing, was that if he wasn’t preaching racial reconciliation from a pulpit, well then he must be a racist. That the litmus test of “morality” in 2018 is being applied to Graham as a young preacher during the Civil Rights Movement, and he was failing. Why is that? Because the issue is not about Billy Graham.

Christianity, at it’s core, does not care about how moral you are. Yes, you are sinful, and that is a breaking of morality, but the point of Christianity is not about you following rules more correctly, or being a more moral person. The point of Christianity is a relationship with Jesus. Who was perfect morally; who paid the penalty for our sin. Now, the deeper roots that we have with Jesus relate directly to morality- we bear the fruit of the tree we are apart of, and Jesus only produces good fruit. But the essence of Christianity is not, and was never about making people more moral. That is moralism.

When we define Christianity as a system of morality, then Billy Graham was a huge failure as a preacher. No one should have celebrated his career in that case. Because if it was simply about making people more moral, or less racist, or whatever, he could have done a lot better.

But when we have a correct understanding of Christianity, then it is impossible to call Billy Graham a racist. When we understand that Christianity is about God dying because we are sinful, in order for us to have a relationship with Him, we can see that in fact Billy Graham was a great preacher.

God hates racism. But God didn’t send his son to make us nicer people who would be polite and try not to say racist things. God sent his son so our hearts, and minds and souls would be transformed. That we wouldn’t be simply be culturally trained to not judge people (at least vocally), but rather in our heart of hearts we would have the ability to see people as beloved of Christ, and not through a racist lens. Jesus’ work wasn’t to make you be polite to your neighbor of a different skin color. Jesus’ work was to make you one family with them, in Him.

Our calling as Christians, and especially I think as millennial Christians, is to fight hard to redefine how our culture understands Christianity. The biggest challenge facing the church today, is that the world has the wrong definition next to the word Christian. Let’s work together to fix that humbly, joyfully, and morally. But don’t get fixated on those things—that would be missing the point.