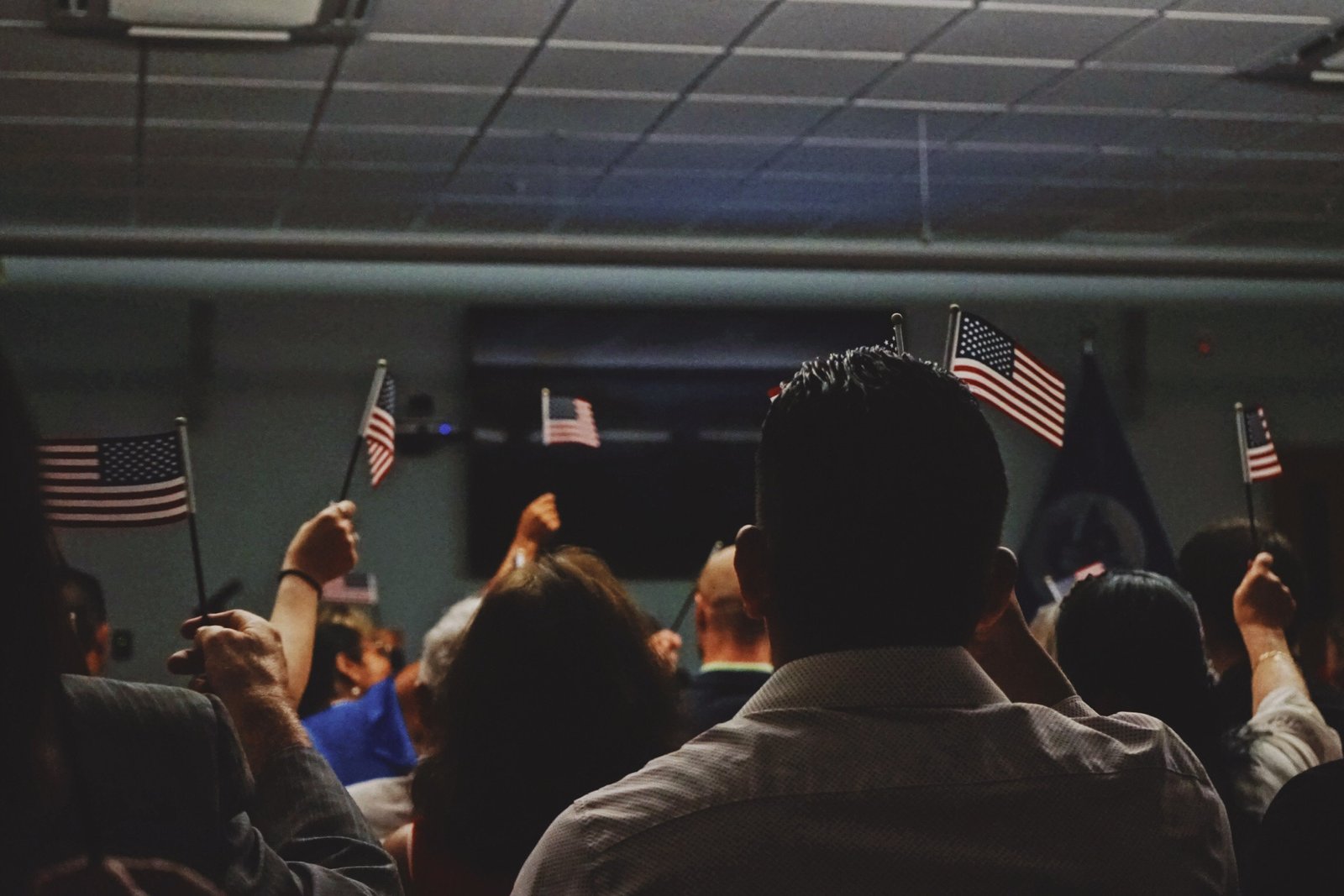 It seems as though immigration, in some form or fashion, is always a hot topic in the American cultural conversation. Tempers flare as the left and right of the political spectrum debate how best to deal with immigration, both legal and illegal, and the refugee crisis. The question for us as Christian then, is how should we proceed through these conversations? I’ll offer what I believe is the answer.

As Americans, we understand (or should if we don’t) that the United States was built by immigrants from all over the world. I was reminded of this fact when I was recently at a memorial service. As we made our way to the gravesite through the sea of headstones, I took note of names that didn’t sound traditionally “American”. These family names were Greek, German, and Italian. I couldn’t help but think of my own family traveling to the U.S. from Ireland likely to escape during the Potato Famine of the mid-1800’s. The commonality with these groups of immigrants was the search for a better life, an escape from suffering, poverty, and persecution. This is the symbol of America to millions of people around the world: Lady Liberty with her arms outstretched to take in people of all religions, colors, and creeds, offering the hope of a future for those willing to work hard.

Far too many Americans think differently today. Immigrants are not seen as the ancestors of the great Americans of tomorrow, but as enemies, invaders who want to take from us. While the Syrian Refugee Crisis has shown us this for the last few years, the recent zero tolerance policy on illegal immigration via our Southern border has brought the effects of the dehumanizing language so many have used in this debate to light. Against the wishes of many, young children of immigrants are being separated from their parents and held in terrible conditions for weeks on end.

Not only is this happening in our country, but a number of our government officials have been defending these practices to the media. Attorney General Jeff Sessions recently stood up for the policy citing Romans 13, twisting it to say that if the government chooses to do something, then it is God’s active will that it occurs. Setting aside the unbelievable short-sightedness that this interpretation would mean that everything every regime (Nazi Germany, Soviet Russia, North Korea, etc.) does is God-approved, Sessions’ comments were seen as so egregious that even Evangelical leaders, such as Franklin Graham, who have been loyal defenders of the President and his policies have denounced the separations. For this I give Graham, a man with whom I have strongly disagreed on many political issues over the last few years, major credit.

Yet these barbaric practices still continue. As Christians, we have to speak up. Even if the adults involved are breaking the law by illegally entering the U.S., we need to remember two things: 1) the children are innocent and 2) the adults are still human beings made in God’s image.

How we treat other human beings matters. In fact, it matters so much to Jesus that in Matthew 25, he gave us this look into the future:

34 “Then the King will say to those on his right, ‘Come, you who are blessed by my Father; take your inheritance, the kingdom prepared for you since the creation of the world. 35 For I was hungry and you gave me something to eat, I was thirsty and you gave me something to drink, I was a stranger and you invited me in, 36 I needed clothes and you clothed me, I was sick and you looked after me, I was in prison and you came to visit me.’ 37 “Then the righteous will answer him, ‘Lord, when did we see you hungry and feed you, or thirsty and give you something to drink? 38 When did we see you a stranger and invite you in, or needing clothes and clothe you? 39 When did we see you sick or in prison and go to visit you?’ 40 “The King will reply, ‘Truly I tell you, whatever you did for one of the least of these brothers and sisters of mine, you did for me.’ (Matt. 25:34-40, NIV).

If this passage is to direct our interactions with our neighbors as I believe it does, then we need to push for our political system to give these migrants the respect they are due. These individuals, regardless of their legal status, deserve to be treated as people. We cannot stand for this.

As much as I don’t like it, Christians make up a large portion of Donald Trump’s base of support. Even if we don’t all agree on politics, I implore every one of my brothers and sisters in Christ to find a way to help. Call your representative, write a letter, make your voice heard however you can.  Whether we are liberals or conservatives or moderates, if we call ourselves Christians, it is our duty to help those less fortunate than ourselves. Our love should manifest itself in both spreading the gospel of Jesus and in humanitarian outreach. Here is a chance for us to prove the love of Christ can change the world and that it lives in us. I pray we take this chance.