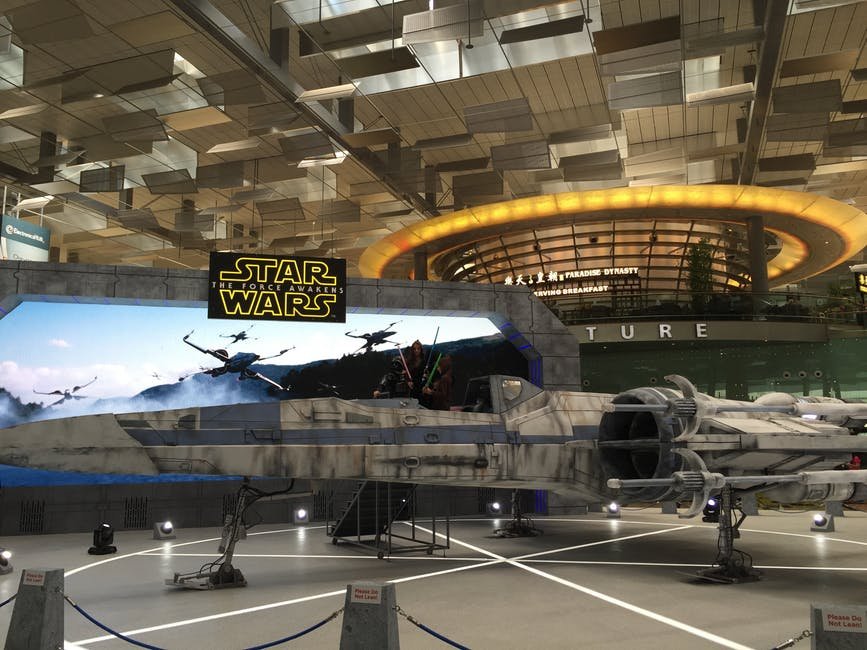 I Understand Star Wars Now (Not a Movie Review)

I am in my early thirties. Up until this week, I had never seen any of the Star Wars movies. I didn’t resist for any particular reason, I just never intentionally took the time to invest in watching them. Being that I’m off for a few days during Christmas break, I took on the task. I have seen Episode IV and Episode V and I think I’m starting to understand what draws so many: the Force.

We spend out entire lives trying to be a part of something greater. As kids we want to be a part of the team of superheroes of our favorite cartoon. I remember watching shows where the characters have magical powers and wondering what it would be like if I had them. Throughout our lives we are always enthralled with inexplicable phenomenons that we hear about. How did that mom lift a car by herself? Did a ghost just slam my door? Does the Lochness monster actually exist?  Eventually we become middle aged people who are the “12th man” and we use phrases like “we won” or “we’re first in our division” to fool ourselves into thinking our good energy actually helped our sports teams. Athletes are superstitious to the extreme, some legitimately believing a washed sock caused them to lose an important match. We all want to believe that there is a greater power that we wish we had on our side.

I believe that this is the case with Star Wars. We see this ongoing battle between good vs evil. We see that evil is persecuting the good guys but the good guys just won’t quit. The protagonists’ storylines, Dr Evil (I think he goes by Darth Vader), OP 1 (great rapper name), Yoga, and Luke Skyhopper, all revolve around the Force. The first three have mastered it, and the latter is still learning how to use it. Though not a sci-fi fan myself, I do understand this fascination. There are entire conventions where people dress up and they choose whether they want to be on the Dark Side or part of the Alliance. To top it off, there’s the Force which is this manifestation of something mysterious. Although the evidence is clear some of the characters don’t necessarily believe it exits, like Hank Soda in Episode IV.

I’m certain I’m no revolutionary in seeing certain parallels between this created fictional story and the real story of humanity in relation to God. I haven’t researched what specifically inspired George Lucas to some of the themes, but I wouldn’t be surprised to find some biblical parallels there. What I have been processing instead, is the following this movie franchise has received. We long to be a part of something. Just like in the movie, despite the factual evidence of the existence of God, His great sacrifice in Jesus, and the power of God, some still continue to live in disbelief, or just blatant disregard. We have been handed direct access to the most powerful being in the Universe, yet we try to rely on our so-called self actualization as a way to enlightenment. We’re shown that we can trust someone who never fails, yet we act surprised when we’re betrayed by the faulty humans we lean on instead. We seek approval from other insecure people, when we’re covered in unending acceptance, love, and admiration from the creator of all. We all belong to God. We can try to identify with the force, identify with a football team, identify with a superhero, but the truth is, none of those things are real. They are cheap imitations that we have created because we know there must be something greater. The Bible says that in Jeremiah that God loved us in the womb, and in 1 John that He loved us before we loved him. That’s the real thing. To be honest, just like Darth Vader said “I find your lack of faith disturbing”.

P.S. I’m aware I may have messed up some facts regarding Star Wars. Please send all comments to my email I check everyday: itsnotrealitsjustamovie@juno.com