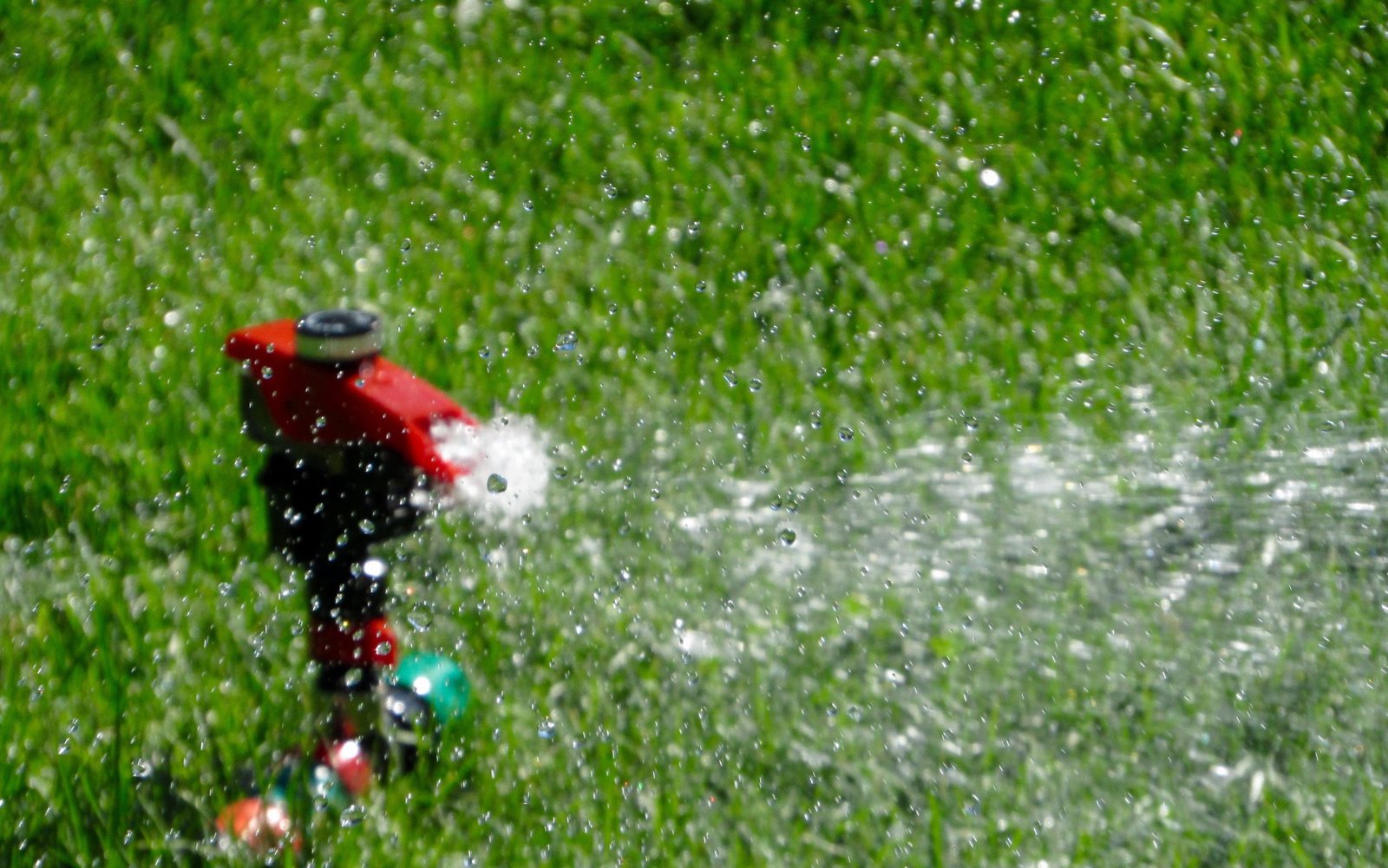 I called the sprinkler guy this week because the grass is brown and is no longer green, which is usually fine by me because it means I have to mow it less, but Lia for Father’s Day hired this high school guy to mow it for the rest of the summer so now I don’t care how thick and green and impossible to mow it is.

The sprinkler came with the house. It wasn’t a selling point. I know for certain if it wasn’t there, I wouldn’t have put one in. But it is fun to run through in your bathing suit. And it’s also fun to watch it shoot out into the street and clobber an unexpecting dogwalker.

I didn’t use the sprinkler at all last summer. For those of you who may recall, last summer it rained every day. It was about all I could do to keep up with the grass. I had no intention of helping it out by adding a sprinkler to the action.

This summer when I turned on the sprinkler, nothing happened. I pushed all the buttons. I examined all the heads. I opened up the underground boxes and twisted the knobs. I really didn’t know what I was doing, but it looked like effort.

It so happens my neighbor had given me the phone number of a sprinkler guy. I guess he was thinking about selling his house and didn’t want his property value to go down because of his neighbor’s brown grass. So as a good neighbor and since I now had forced manual labor to do the mowing, I called the sprinkler guy and asked if he’d turn on the sprinklers for me.

The sprinkler guy called me later that day and said he couldn’t get the sprinklers to work.

I said, “How about you figure out what is wrong and fix it.”

And so he did.

Turns out nothing was wrong with the sprinkler. The thing that was wrong was that the power source had been “cut.” I put “cut” in quotation marks because it really wasn’t cut. Not by some burglar or other nefarious creature or anything like that. It was “cut” by my dog. Just like our air conditioning was “cut.” And just like our cable television was “cut.” It seems our dog has a thing for electricity. It’s a miracle our house hasn’t burned down.

It’s an appropriate analogy for me. Because just like I can have a pretty nice looking air conditioning unit or sprinkler system or career or family or life – I can still be pretty stinking lifeless if my power source has been “cut.”

I’ve seen this with friends. They look so good on the outside, but on the inside they’ve been collecting mothballs for years.

It’s even happened to me. I get disconnected, and the next thing you know my life doesn’t work.

I can twist the knobs and push the buttons and get everything looking like it’s supposed to – but none of that matters if I’m not connected to the power source.

Sometimes we need help to figure out the problem and get it fixed. Once the sprinkler guy was able to diagnose the problem, he was able to fix it in no time. I think one of the biggest reasons why so many of our lives stop working is that we are too afraid to ask for help. It is tempting just to look good and fake it. Or pray the rains come or the temperature drops so folks might not notice that our lives don’t work.

Now because of the sprinkler guy my grass is green and thick. Perfect for that high schooler to cut.

I haven’t figured out quite yet what to do with the wire-cutting dog.