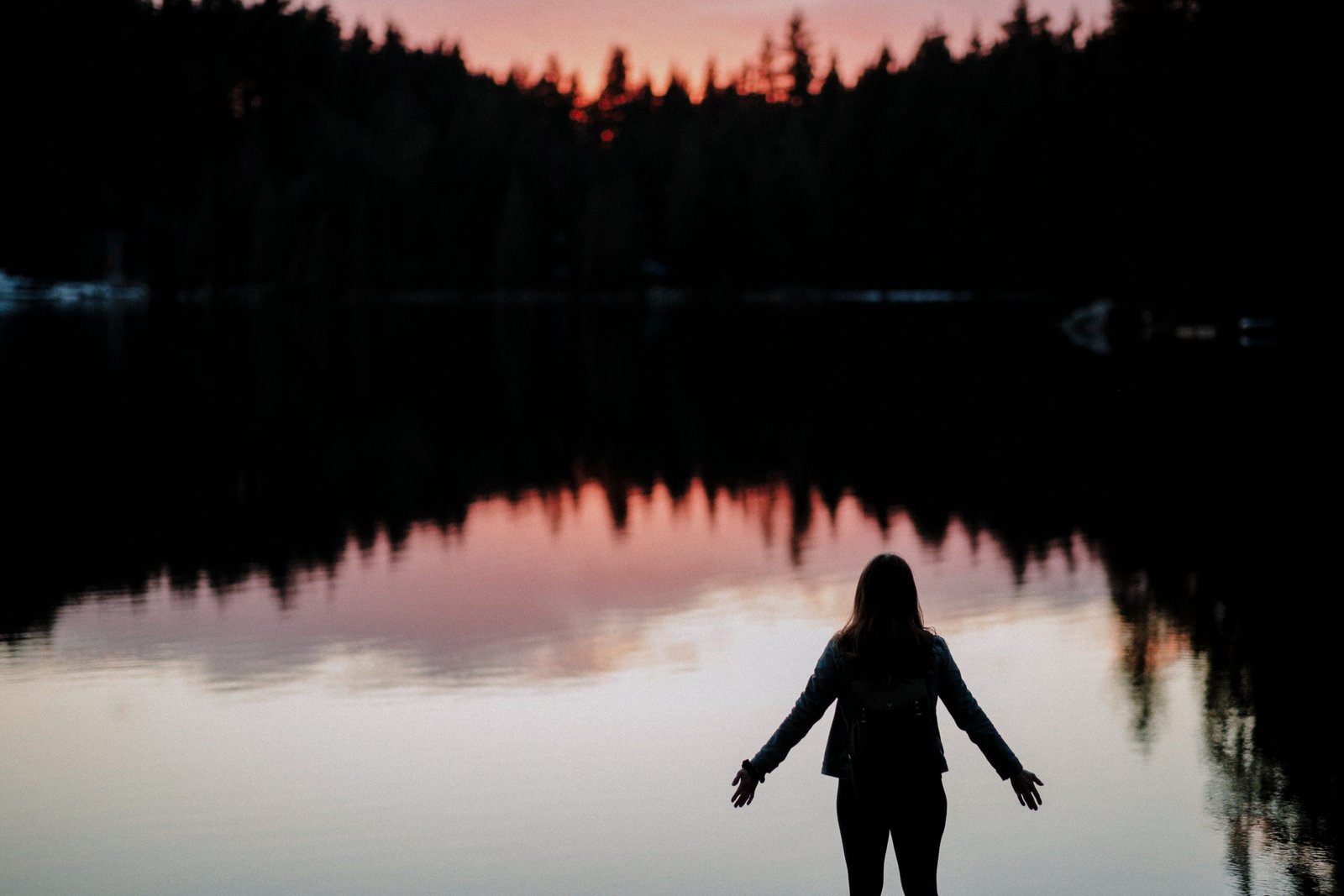 So, in the past two weeks we have chatted about the negative effects of compartmentalizing our faith and our life. As we continue this lovely friendship, we will talk about how we can avoid that tendency.

We also got real real last week with a sneak peak into my past and where God has brought me from, what He has brought me out of. He is so crazy gracious and good.

Towards the end of our chat I stated that you have gifts, talents, and a purpose. One given to you by God and one you can only walk into fully when you surrender to Him.

That’s a scary word. One we are super uncomfortable with. But surrendering to someone who loves you way more than you love you, someone who has your best in mind, someone who created you and has a purpose for your life… now that’s an awesome decision.

One of my favorite quotes is from a conversation I had last year with a lady who is very much on the fence. We were talking about God and putting one’s faith and trust in Him, when I mentioned this concept of surrendering. She stopped and said, ‘that is something people always mention as if its just the easiest and best thing in the world. But it sounds awful.’

LOL. Because, right? Like don’t Christians do that all the time? We make surrender sound like this easy-peasy thing that makes all your problems vaporize.

Well to someone who is still very confident in the driver’s seat, or someone who is chillin’ on the fence, surrender would push them over. Sending them tumbling onto one side of the fence, the fence they were so happy on, the sides they were avoiding. Surrender demands fully committing to a “side”, and in our first chat we did touch on commitment phobia, and I so get it. I was a fellow fence sitter myself.

My response to this babe was: surrendering is not easy. Surrendering will not make all of your problems disappear. It’s difficult, it’s uncomfortable, it’s terrifying. I went on to lay out the cost of discipleship. Just like I observe Jesus do in the scriptures, I am never going to sugar coat the truth in order to convince people to follow it. I am going to lay truth down and hope that Jesus changes hearts. And as one of my most favorite people says all of the time, “If the truth pisses you off, it’s not the truth’s fault.”

So, let’s talk about what surrendering entails, why it is necessary, and the positives.

What does Surrendering to God entail?

Surrendering by definition is submitting to the authority of something or someone else. It is admitting that we are not the highest being. There is an authority greater than our own. Admitting that requires viewing God rightly. We can arrive to this by reading His Word. In God’s Word He defines Himself. We get into trouble when we start just feeling like God is one way or the other. He defines Himself clearly. Our tendency to place all our stock in how we feel God is, is like saying I just feel like my best friend wouldn’t mind if I made her wedding day all about me instead of her. Well you would feel very wrong because she would. So definitely don’t do that. In fact, if you asked her, “Hey bff, could I make your day my day?” She would say, “No, I would not like that.” And you could either take what she says and say, oh okay, now I know a truth about her and who she is. Or you could take her words out of context, rip out the “No” and “Not” (because they’re pretty negative words and she’s not a very negative person so she probably didn’t really mean them) and make her response, “I would like that.”

Okay, that was kind of a very rabbit-hole-like rant but we do this ALL OF THE TIME.

God says, hey I am powerful, mighty and love you. Listen to me. I will give you a new heart. And we’re like, listen to my heart? OKAY!

So let’s stop that.

God is God and we are not. If we study His Word and get to know Him, we see this.

He is creator God. We are created by Him in His image and so dearly loved and cherished.

So, the first step to surrendering to God is viewing Him rightly, and then viewing ourselves rightly.

The second step is laying down our will and searching fervently for His.

Whoa now, discerning the will of God sounds like a huge impossible thing.

Yes, it does, but just like before, if we read His Word and get to know His character, we will start to see what He does and doesn’t, would and would not like.

His Word also promises if we seek, we will find (The Gospel of Matthew, Chapter 7, verses 7 through 11: “Ask, and it will be given to you; seek, and you will find; knock, and it will be opened to you. For everyone who asks receives, and the one who seeks finds, and to the one who knocks it will be opened. Or which one of you, if his son asks him for bread, will give him a stone? Or if he asks for a fish, will give him a serpent? If you then, who are evil, know how to give good gifts to your children, how much more will your Father who is in heaven give good things to those who ask him! (ESV))

God is not running away from you, His will for your life in hand, laughing at your messy attempts to chase it down. BUT BABE, I know that that is exactly how it feels sometimes. And more than that, (so much more than that) GOD knows that that is exactly how it feels sometimes. But He is loving and kind and knowing this we can surrender to Him and be assured that He is for us (The book of Psalms chapter 56, verse 9: When I cry out to You, Then my enemies will turn back; This I know, because God is for me. (NKJV)).

This second part comes with a lot of not doing what we want to or feel like doing just because we want or feel. We give it up and over to God.

The Necessity of Surrender:

So why do I have to lay down my life and submit to a higher power? It’s mine. (Is it?) I have always been in control and I’d like to stay there thank you. (Have you?) What makes God’s will better and more worth pursuing than mine?

Are we in control? …see above^

So what makes God’s will better and more worth pursuing than mine? One of the most prominent themes we can see throughout the Bible is that humans are evil and pursue evil, and create evil. God is not evil, He is the opposite. So surrendering to Him instead of evil is like, pretty good. Only the best decision we can make. And that’s it, there are two forces, we can surrender to one or the other. There is no middle, we can’t just be moral, be a good person. We are either under the law or grace. Cut and dry, signed sealed delivered I’m the worlds or Gods.

Submission? Surrendering? What am I, a slave?

Romans chapter 6, verses 15 through 18: What then? Are we to sin because we are not under law but under grace? By no means! Do you not know that if you present yourselves to anyone as obedient slaves, you are slaves of the one whom you obey, either of sin, which leads to death, or of obedience, which leads to righteousness? But thanks be to God, that you who were once slaves of sin have become obedient from the heart to the standard of teaching to which you were committed, and, having been set free from sin, have become slaves of righteousness. (ESV)

This all sounds very difficult but it is the best thing ever. Here is the thing though, when God grants you salvation, He gives you a new heart. The old person you were is gone and a new one stands in their place with new intentions, desires, and a new master. God does not ask you to do this on your own. Once you surrender, He changes you from the inside out and things you thought you could never do like forgive someone who deeply hurt you, be joyous, have purpose, see your worth- these things are possible.

I am not going to tell you surrender is easy or that life gets all rainbows and butterflies afterwards, but I am going to tell you that to live into your purpose and walk with the Most High God, it is necessary.

So child, what are you going to do?