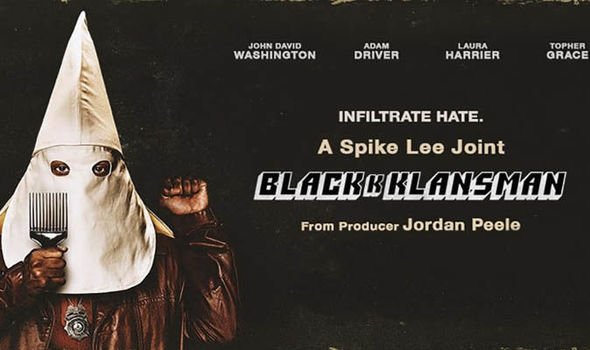 REVIEW: “BlacKkKlansman” and the Temptation to “Pass”

Have you ever pretended to like something that you knew nothing about to gain the approval of others? Whether it’s the latest indie band, or an athlete, or the big game last night, or the latest Marvel movie that everyone is talking about, we have all at some point hidden the fact that we were on the outside in order to identify with the people around us. My classic fitting in falsehood when asked if I liked a certain indie band was to say, “oh yeah, I like their old stuff.” I would then receive knowing nods of hipster affirmation, and my cover was maintained. Whatever your scene, all of us have feared being discovered to be a fraud and rejected for not meeting expectations.

There are many rich themes we can draw from the recent Spike Lee film “BlacKkKlansman”, one of which is the topic of “passing”. This is an age-old scenario, often playing out along racial/ethnic lines, where a person in the minority operates with a majority identity. “Passing” for a member of whichever majority is found in a given society. The reasons for doing so are many. Women has historically passed as men in order to work, serve in the military, or simply be in public unaccompanied. Minority racial groups have passed so that they can own a business/land, use the same services and facilities, marry someone in the majority, etc. And most dire, across time people have passed to save their lives during times of ethnic cleansing and racial violence. The stakes go far beyond receiving a nod of affirmation, it can be a matter of life and death.

Throughout the narrative of “BlacKkKlansman”, based on a true story written by the real Ron Stallworth, several characters face their own pressures to pass. Ron is a Colorado Springs police officer, the first black man to integrate the community’s police force. He begins a phone correspondence with the local chapter of the KKK, attempting to infiltrate their group in the hopes of stopping racist intimidation and violence. When they want to meet him in person, he enlists the help of a white officer to play him in their meetings while he continues the phone relationship. When talking on the phone, Ron passes for white by using racist language and ideology to fit in with their membership. This dynamic elicits multiple awkward conversations in which both his police chief and David Duke attempt to discuss the ways they believe black people sound and speak differently from white people. The conversations highlight the ways Ron is made to feel other and that he ought to alter the way he presents himself in order to be considered “normal.”

His white partner is Jewish, Flip Zimmerman, and has always thought of himself as simply white. During a particularly poignant scene of the film, he and Ron discuss the impact that interacting closely with the KKK is having on them personally. Flip discloses that he has not grown up culturally Jewish and never thinks about his Jewish identity, moving in society as a white man. Hearing the anti-Semitic hatred that the KKK routinely projects, Flip has no choice but to come face to face with his cultural identity. In the process of passing for a racist, he experiences senseless hatred directed towards himself and his people group. He always considered himself to be “normal” and now has to constantly assess what it is about him that makes him so different and inferior in their eyes.

Both men also experience pressure from their own racial communities. Part of Ron’s work undercover is monitoring potential Black Panther activity in Colorado Springs. We watch his inner conflict as he resonates with aspects of the black power movement, and also feels led to try changing the system from within as a police officer rather than seeing all law enforcement as antagonistic. Flip also feels conflict as he observes multiple racist officers within their precinct but believes that he cannot oppose them because of their code of brotherhood. They wrestle with a desire to be accepted by their own while also diverging around their personal convictions. Facing warring expectations from within and without takes a toll as they grapple with who they are in light of what others want them to be.

The film overall presents many important charges to the audience. It highlights the history of race in America and the ways that history is still playing out today. “BlacKkKlansman” also asks us to think about the ways we make space for others to be themselves. None of the main characters experience complete freedom to be their whole selves in any of their contexts. Can we lament that fact and seek to rectify those same issues in our own spheres? Where do you have coworkers who feel they have to check part of themselves at the door in order to be successful in the workplace? Where do you have friends who do not tell you their whole experience of the world for fear of you dismissing their struggles and downplaying their pain? Do you have people in your cultural community who feel they cannot voice a differing opinion without being derided? Do you have family members who hide their views for fear of being blocked and rejected?

Thankfully we serve a God who calls us out of hiding. We serve the God of Esther whose name literally meant “hidden”, who took her Jewish identify from being a death sentence to being power to protect and defend. We serve the God of Peter who denied being a disciple or even knowing Jesus, but then became the cornerstone of the Church. Our God is patient with our fears and desires to hide. Our God transforms personhood that society would deem inferior and makes it a gift to the world. Our God reveals the sinful hearts of those who would pass hatred as patriotism, bringing both the righteous and the wicked to light.

What you have said in the dark will be heard in the daylight, and what you have whispered in the ear in the inner rooms will be proclaimed from the roofs. – Luke 12:3 (NIV)

In the power of our God, let us bring our whole selves to one another, knowing that our place at His throne is secure. At the throne we are washed of our sin but not our identities. There is no need to be anything but an Image-bearer.

Content guide: this film contains significant use of racial slurs and racist ideology. There is a brief scene of sexual harassment and one scene of violence (although much less intense than most Spike Lee films). The majority of the disturbing content is the racial language.