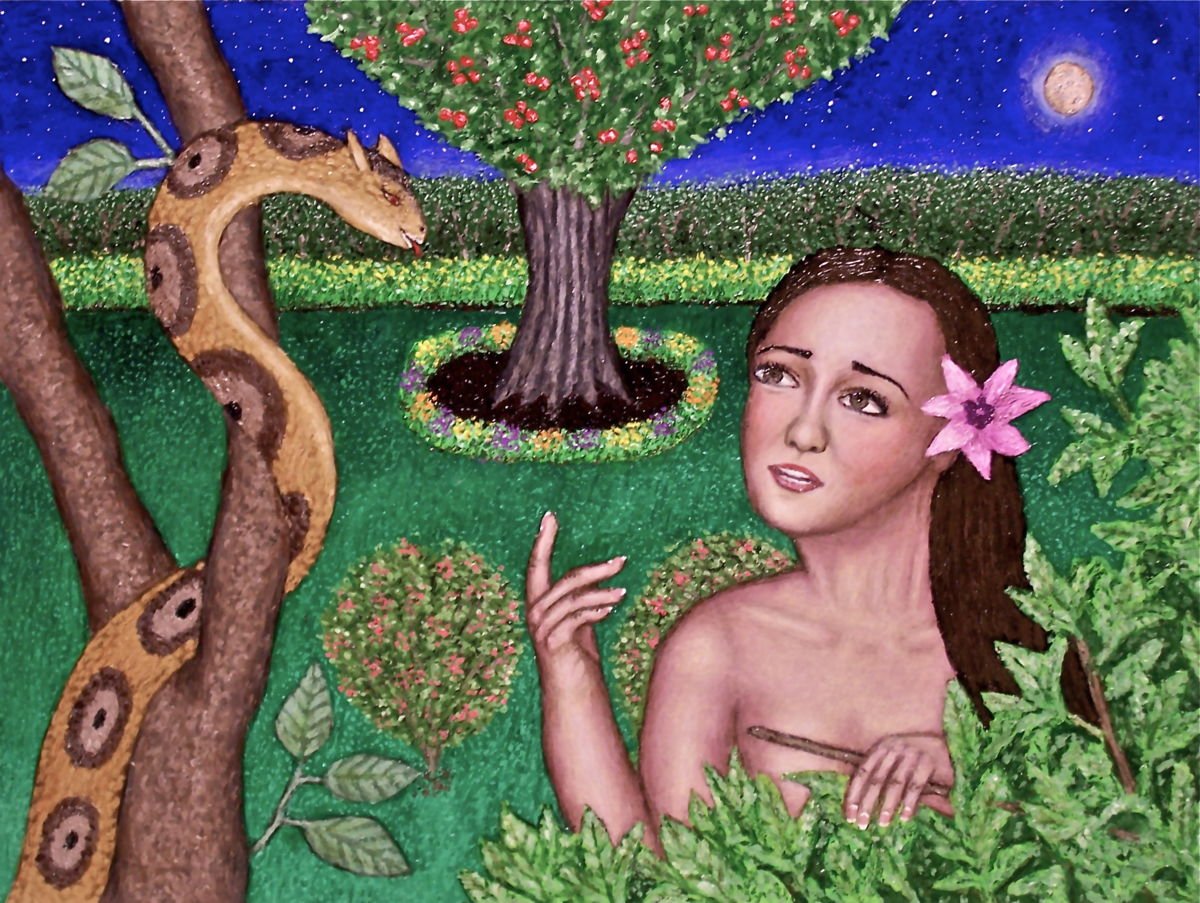 I once asked a male friend, “Do you think you’re more in the image of God than me because you’re a male?” He seemed unsure of himself and uneasy, but his knee-jerk reaction was, “Yes. God is male and so am I.” I spent several years wrestling with whether or not that was true, and trying desperately to see myself reflected in the Trinity and in the Church. Did God want me to be a vibrant part of His body? Are women meant to be equal co-laborers with men or are we really just the runners-up behind the MVP?

In an attempt to help a male loved one understand what I was struggling with, I asked him to consider a role reversal. Imagine that God has always described herself as “God the Mother”, and Eve was created first and then Adam as her helper. Imagine that it was Adam who ate the fruit and tempted Eve to join him in his sin. Then God chose the matriarchs and made a covenant with Sarah to make her descendants more numerous than the stars. The Old Testament is predominantly about women with occasional references to their husbands. There is a period of great prosperity under the monarchy of the queens, and God speaks through the prophetesses. The Messiah comes in the form of a woman and she has 12 female disciples. The apostle Pauline writes the majority of the New Testament and instructs that men are to be silent in church and she permits no man to have authority over a woman, but they will be saved through procreation. How do you as a man feel in that world? Do you feel like you are an important and desired member of that community?

After wondering for a long time whether God really did want women to be subservient and silent, a friend said something that changed everything. “I think Satan hates the Gospel first, and he hates women second.” What if it isn’t God that hates me, but Satan?

Let’s go back to the beginning. When we think about the creation account, contemporary Ancient Near Eastern creation myths only tell of the creation of man, not woman. The Bible is the only sacred manuscript that spends time telling the origin story of woman. In Satan’s retelling of how the world came to be, he attempts to erase Eve from the narrative. God on the other hand, makes sure His daughters know where they came from and that He created them on purpose.

When we think about Satan deciding to tempt Eve first, historically Eve has been blamed and maligned for being weak and foolish. He went after her because she was easily swayed and an easy target. First of all, it is important to note that the text makes it clear that Adam and Eve were together at the time (Gen. 3:6), both were part of the conversation and shared equal responsibility for the decision that they made. Then if we think about a basic strategy for influencing a group, one would not start by attacking the weakest link. If one takes out the weak link, the strong one that is left would be unaffected. (“So what? I didn’t care what that person thought anyway.”) I think that instead, Satan targeted Eve because he knew that she had influence with Adam. He rightly knew that if he could get her, he could get both of them. Eve was not weak, she was important.

I think we can find this idea reinforced in the book of Proverbs. Solomon talks about two kinds of women, Lady Wisdom (Prov. 1:20-33) and Lady Folly (Prov. 9:13-18). They are described metaphorically as well as literally. They each show that women have crucial influence with men and in the world. The kind of woman that a man aligns himself with will strongly impact the kind of life he lives. Unfortunately we know that Eve encompassed both sides of these women. She began as Lady Wisdom, and exerted her influence towards a path of folly. The message we see is not that women are silly and empty-headed. The message is that women need to take care to pursue wisdom from the Lord because our actions have power in God’s world.

In addition to her influence, Satan is threatened by Eve in a unique way. God endowed Eve with half of his image when He made her able to create life. God is the creator of all things, and women reflect God’s loving creativity in our ability to bring new life into the world. Satan is extremely uncreative and cannot generate anything original; he can only twist something that God already made. All of his lies are distortions of the truth and are based on something that already exists. One of several examples of this can be seen when Satan is tempting Jesus in the wilderness (Luke 4:1-14). The best he can do is to misapply God’s words from scripture, he has no original thoughts. Eve therefore can do the one thing that Satan cannot: bring something into the world that has never been before. And Satan wants to tear her apart.

Women were created to exert this creativity and nurturing both in their families and in the wider culture. It is no coincidence then that in cultures where women thrive and have a meaningful role in society, those communities enjoy innovation and prosperity. In cultures where women are most oppressed and voiceless, the whole community is impaired and progress is minimal. Satan has more power whenever women are silent and powerless.

I do not wish to say that women are better than men or inherently less sinful than men. We share equal depravity along with an equal measure of God’s image. My hope is to put this forth as a corrective to centuries of blame and shame placed on women to justify mistreatment as their “punishment” for causing the Fall. I hope that we will seize opportunities to see women reflected in God’s Word and in the Church, and together will mirror our wonderful Creator for the flourishing of all things.