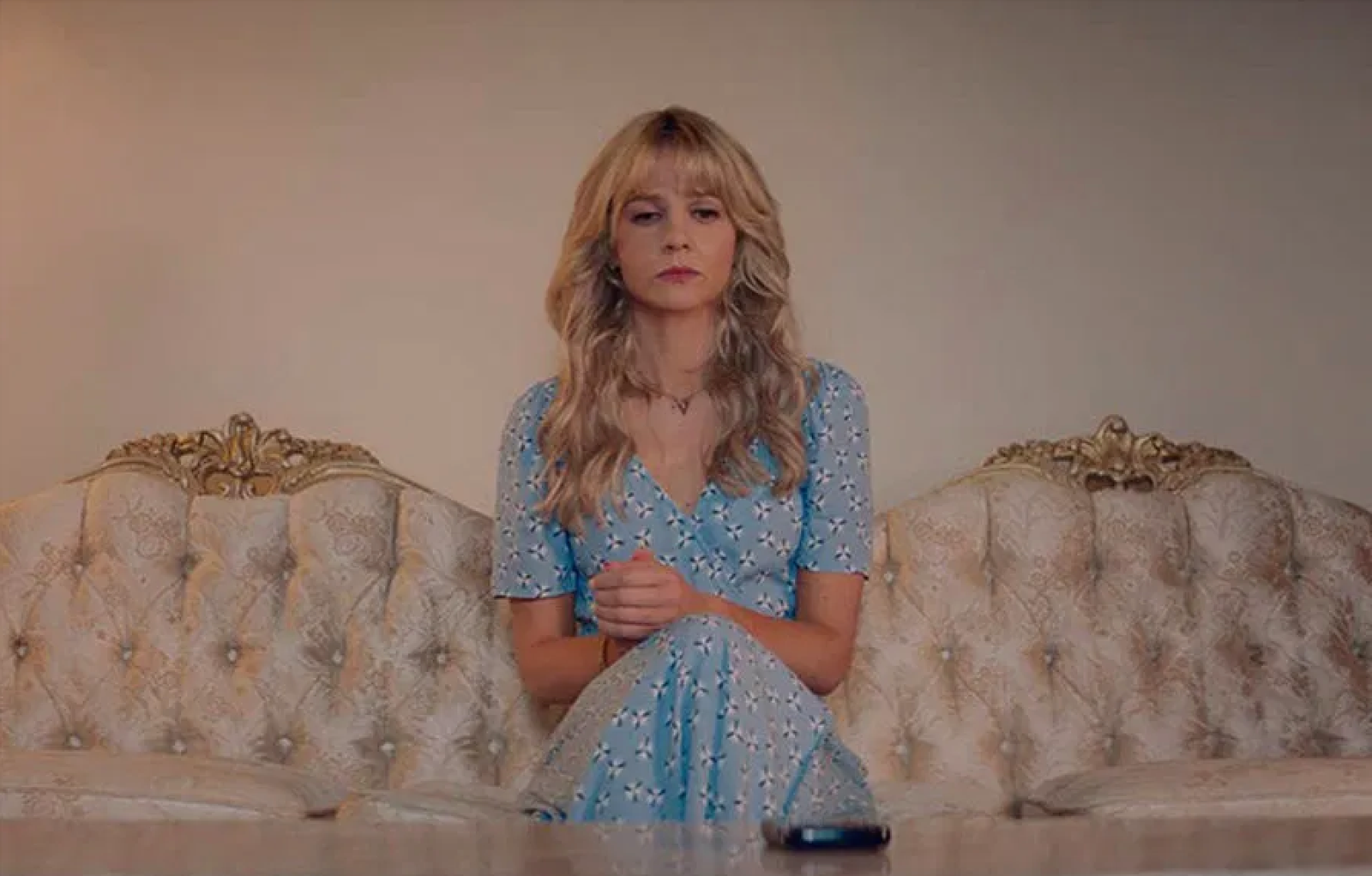 Content guide: I was unsure whether to watch this film based on the marketing and subject matter of violence against women. If you have not seen it yet and are hesitant, here are some content details to help you decide what is best for you: No sexual violence is depicted on screen. A sexual assault is discussed multiple times with minimal detail and is handled delicately by Fennell. There is one prolonged scene of violence towards the end of the film that many will find upsetting. (I personally muted my TV and looked away during this scene.) The scene is upsetting but meaningful to the narrative and not unnecessarily exploitative. Those who have experienced or are close to someone who has been sexually assaulted should expect to be triggered by the subject matter and make a plan to receive emotional support as desired. But in light of the delicacy of the subject matter, Fennell handles it extremely well and in a way that is honoring to the female characters and audience members. This film is excellent but will not be helpful for everyone so know your own limits and make the decision that is healthiest for you.

If you have watched The Crown season 4 then you have already met director/writer/actress Emerald Fennell who plays a young Camilla Parker Bowles. Fennell also had a 4 season arc as Nurse Patsy on the BBC’s Call the Midwife, and wrote 6 episodes and served as a showrunner for Killing Eve. Now add to that an Oscar win for Best Original Screenplay and Oscar nomination for Best Director and Fennell has quite an impressive creative resume.

Promising Young Woman lives up to its creator’s potential. It is a wildly inventive take on the revenge fantasy genre. These types of films (think Inglorious Basterds) typically offer a sense of resolution and justice when the credits roll. The bad guys have been punished; the good guys won. The problem that caused the conflict has been solved. You the viewer can leave feeling like all is as it should be. Promising Young Woman is not this kind of film.

Because this is a spoiler review, I’m going to assume that if you are still reading right now then you have already seen the film so I’ll skip the recap. Perhaps the biggest reaction that has been coming from theaters and On Demand viewers is a wide polarity in how people feel about the ending. Some people hate the twist of Cassie being murdered and feel like it ruined the whole movie. It is an ending that leaves us feeling deeply unsettled and grieved. While it was not the ending I desired, I think the entire arc of the film is quite brilliant. Let me unpack some of the motifs and themes that director Emerald Fennell develops, and what her storytelling choices are meant to communicate.

From the opening shots of businessmen in khaki pants shimmying and gyrating on the dance floor, Fennell is signaling that a lot of movie tropes are about to be subverted. I immediately laughed out loud as the scene played out because it was such a satisfying parody of literally every music video club scene ever. Think about how many times you have seen women filmed in exactly the same manner, all butts and hips and crotches and thighs shot in slow motion close-up. The female body objectified and dismembered for the gratification of male viewers. PYW is a movie that turns an unwavering gaze squarely back onto men. Cassie torments men, not by physically terrorizing them, but simply by looking directly at their worst intentions and not looking away. From Cassie staring down the harassing construction workers, to confronting would-be assailants in the moments when they think they aren’t being monitored, to Ryan having to face his past attitudes and actions, the men freak out when their actions are exposed for what they truly are. It is incredibly telling how uncomfortable being watched makes the men in the movie and the men in the audience. It shows how much men are accustomed to being the watchers, not to being observed and seen. A huge point of the movie is to make men feel for a couple of hours the way women feel as we move through the world. The objects of unwanted attention, exposed, vulnerable, stressed.

Khakis and the “good guy” effect

I loved all of the set designs and costuming, there was so much wonderful attention to detail. Hopefully you specifically noticed the khaki pants motif and the casting choices. At some point all of the men are dressed in “normal guy” khaki pants and button-down shirts, appearing harmless and nice. All played by beloved male actors that we all think of with fondness and trust. Seth Cohen or Schmidtt or Dell or Bo Burnham could never do such terrible things. These are all men that we have been conditioned to believe the best of. As a result it is very hard to tell who the “bad” guys are and who the “nice” guys are. And that is because they don’t know either. They all think they are good guys. Studies show that when men are asked “Have you ever raped anyone?” they nearly all say no. But when questions are less direct, “Have you ever had sex with someone when they were drunk?” the answers start to change. No one wants to think they are the villain, and society has allowed so many other narratives to surround male toxicity. “We were just kids”, “Boys will be boys”, “She knew what this was.” PYW does a phenomenal job of showing how easy it is for men to spin narratives for each other so they can victimize others but continue feeling good about themselves. And women often get pulled into perpetuating these narratives with them. If we can blame the circumstances or the victim, then we feel good about ourselves as well. It makes us think something like that could never happen to us because we are better or smarter. So men are enabled in their predatory behavior and allowed to move on and achieve with their fragile psyches intact. While women are left trying to pick up the pieces in their wake, at times supporting and at times undermining each other.

Cassie’s death is profoundly disturbing, but it illustrates the ways that our patriarchal society treats women as disposable. It did not matter that two intelligent and capable women dropped out of medical school as long as the men were able to continue pursuing their careers. Especially when women are poor or engaging in any kind of behavior that is seen as unbecoming, their lives and mental health are valued far less than their male counterparts. Women will always be penalized harshly for any perceived mistakes, while men will be given countless benefits of the doubt. As soon as the reputation and livelihood of the male characters was threatened, it was incredibly easy for them to sacrifice women to protect themselves. They could be confident that they would be chosen over the women. The behavior of Al and Joe is so horrifying because they clearly think they will get away with it. It takes an excruciatingly long time for Al to kill Cassie (I had to mute my TV after the first few seconds), plenty of time for him to realize what he is doing and stop. But he doesn’t stop because deep down he believes that his future is more important and worthy than hers, and he believes that others will agree. The same can be said for Ryan as he blatantly lies to the detective. He can blame Cassie’s mental health knowing that people are quick to believe women to be unstable and that his status as a pediatrician will protect him with credibility and sympathy. So those “good guys” found out who they were as soon as they risked losing their status. They did not hesitate to choose themselves no matter what it cost the women around them.

The problem with catharsis

I had no idea what would happen when Cassie walked into that cabin. I think most people were expecting a violent bloodbath and were getting ready to cheer the demise of all those bad guys. But instead, we are left feeling sad and scared and on edge. And I think that is exactly the point. No revenge fantasy exploitation movie is going to tear down the patriarchy. Which is why PYW may actually be the most brilliant revenge movie ever. The revenge isn’t enacted on the villains, it’s enacted on the audience. We don’t get to walk away and forget and move on with our lives. Especially for any viewers who have knowingly or unknowingly participated in the degradation of women, you walk away reevaluating every interaction you’ve had and wondering if you really are a good guy (or girl) after all. Now we are the best friend who must keep going and try to make the world a more just and equitable place. We are not released and resolved; we are reminded of how much work we have to do. I wish Cassie didn’t die. I wish violence against women was a thing of the past. But that’s not going to happen until we start seeing ourselves and each other with unflinching honesty. Until we gaze directly at the systems and narratives that got us here, and sacrifice that which shields toxicity rather than those who are harmed by it. 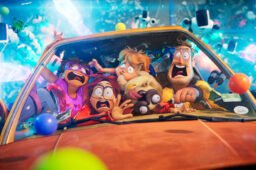 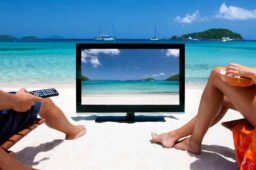 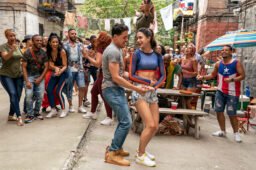