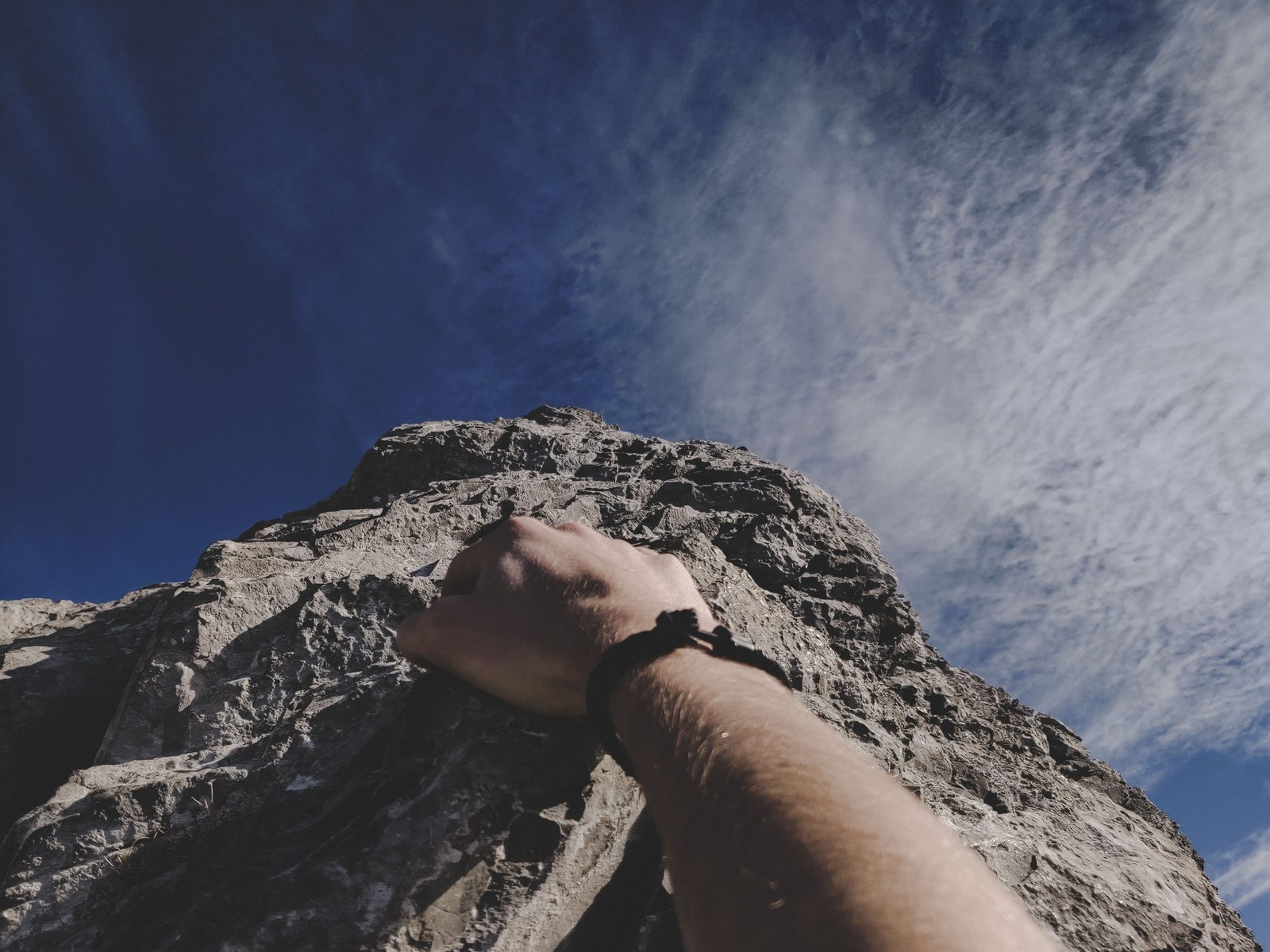 Early in my husband’s and my relationship we were not baller at communication. In fact, we were so bad that I attempted to crawl under the passenger seat of his car one night to avoid having a difficult conversation. During the early stages of our relationship when we were working on the improvement of these communication skills, I implemented the very in-depth tactic of poking my, then boyfriend, repeatedly in the cheek until he would talk to me. No for real. I would ask him a hard question and if he did not answer me, I would poke him in the face until he did. Obnoxious I know, only God knows why he did not leave me.

We are much better at communication now; I no longer crawl into floorboards or poke him in the face and he lays it all out on the table. We are upfront and honest, sometimes to a fault. However, getting to this point, yes took time but so much more than that it took persistence. If we had not adamantly worked on improving, we wouldn’t have. We would have just sat in silence and our relationship would have declined until there was nothing left.

OKAY, so, what do I want to converse with you about today? I want to chat, dear lady friend, about that very thing, persistence.

If you are anything like me there have been times, maybe multiple, where you have finally gotten up the guts to “go for it” whatever “it” was. Maybe writing a book, or a blog, or a song. And then maybe you went and tried to get it produced or played it for or read it to someone and the feedback you got was… less than enthusiastic. So, you stopped. Right there, figured, it must’ve sucked and never re-visited it.

I have done this time after time. I have finally gone for something and after getting my first negative reaction or first out-right rejection, I quit. I figured that if God had wanted me to do it, He would have opened the first door I knocked on the first time I knocked on it, period. His word however, says otherwise.

God’s word tells us to be persistent. Jesus tells a parable in the gospel of Luke that hones in on the importance of persistence. Jesus asks his disciples, which of them would go knock on their friend’s door at midnight and ask for food to feed people who have come to visit them? Would you do that? Say your family arrives, spur of the moment and you are fresh out of groceries. It’s late but your amigo lives next door so you run the risk and pay them a visit. They call out to you, hey! Would you chill? My kids are sleeping, I am in bed, no, I am not giving you groceries, go home. Jesus said to his disciples, this friend’s initial reaction is a hard no, absolutely positively no. But then Jesus says, yet because of his persistence, his continued knocking and asking, the friend will get up and give him what he is asking for. Jesus says, the friend does not get up and grant the request because they are friends, but because the person is persistent. Then Jesus gets into the verse we have plastered everywhere- “ask, and it will be given to you; seek, and you will find; knock, and it will be opened to you. For everyone who asks receives, and he who seeks finds, and to him who knocks it will be opened.”

Have you ever heard that or had someone give you that advice and thought, that is a bunch of bologna? Because we have asked, looked, and knocked. Right? However, I would bet, if you are anything like me it was more of a, I asked once, I glanced but did not see it, I knocked… once and no answer! So… WHAT THE HECK GOD??

We are so impatient and so not persistent.

Asking once, mentioning something in passing is not what Jesus is instructing us to do here. He is asking us to keep asking.

Glancing around the room is not what Jesus is asking us to do here. He is instructing us to get down on our hands and knees and SEEK. SEARCH. Get out a flashlight and look under the couch. Move things around! Not just look around and say it’s not here, because it is, but we must SEEK IT OUT.

Last but not least Jesus is not saying, knock once. Because in the parable, after one knock the answer was no. But after however many more knocks later, the request was granted. We are flatly missing the point of this passage. I believe persistence is that point. I believe that because Jesus says, “to him who knocks it will be opened”. I have knocked on many doors once, and they were not opened, just like in the parable. Jesus makes it very clear that for no other reason than persistence is the door opened. So maybe, I should keep knocking.

I am preaching to myself here because this is me to a T. I will mention something like a promotion in passing to someone who may or may not see my supervisor within the next 2 months and I’m like, welp, I did my job for reaching my goals this year! Go me!

And Nothing. Ever. Gets. Done.

Ask my sweet hubby. He will probably tell you this lack of persistence drives him way more loco than a persistent poke in the face would. He would probably choose the latter if it meant the former was eradicated altogether.

But let’s be upfront right here and now lady. The word of God instructs us to be persistent, it shows us clearly that is how we get things done. The rest of that passage Jesus talks about giving gifts to children. He says, what parent is going to give their child something that could harm them. No, if they ask for food or water, that is what we give them, to sooth their needs. If we, fallible, ugly humans can manage that, how much better gifts does God give to HIS children?? But we don’t ASK. Or, we ask ONCE and are like, okay God, You know. And He is maybe saying back, ask again. No, again, ask me one more time. Or ten more times. And we have already checked out, like, I put in my request, He’s gonna do it or not. We cut off communication there. Why?? Because it’s work. Being persistent takes time and energy, commitment, dedication and discipline. It’s difficult!

What about when someone has asked you about something and you wanted to attend to it but you were so busy that you just kind of skipped over it? If they asked you later on you would be fully ready to dive into that conversation or task or whatever, but if they don’t, fat chance you are going to remember and catch up with them about it. I am NOT saying God is ever too busy for us or doesn’t have time but I AM saying we can see just from our own experience how important persistence is. Right? So why don’t we exercise it?

For the longest time I thought that I was dealing with it all in a godly way. Like, if God wants things to happen, He will just make them happen and I need to have faith and just be quiet and believe. But a couple things…

I think that in our persistence we will be, sometimes, redirected. Sometimes when we are searching for something, we clean our entire house in the process, maybe that is what is truly needed in our lives, not the object at all. Or maybe in our seeking we will find something altogether different and altogether more needed. Maybe in our knocking the door will open and it will not be what we thought on the other side or it will be a different way to get somewhere than we had planned. Maybe in our constant asking we will get to know God on a deeper level.

So, love, ask, ask, ask, truly SEEK, and keep on knocking until the door swings open. God does not get annoyed with you or frustrated! He loves you! He is compassionate, He is kind and longsuffering. He will not turn you away, He will always supply your needs. Be encouraged to be persistent. 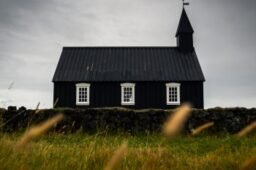 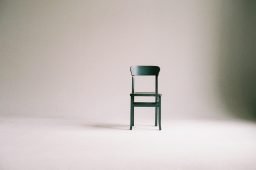 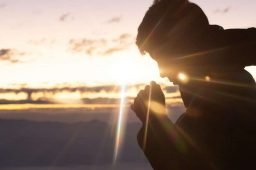