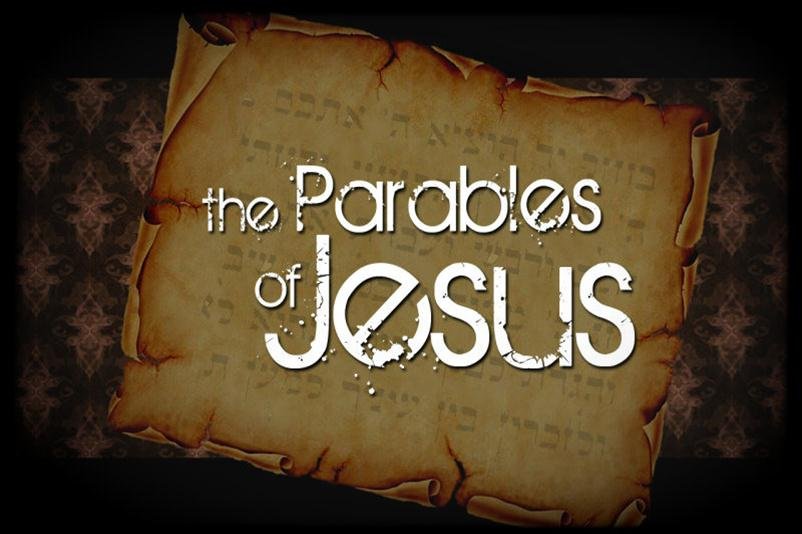 After finishing up our Apostles’ Creed series, we took a week off from serialized work and wrote a few pieces about topics we’ve been thinking about for awhile like preaching and miracles. If you want to check them out, or get caught up on our Apostles’ Creed series, check out our library here. But now we have, as of Monday, started our newest series: a six-week run through Jesus’ parables.

We appreciate you all so much! If you want to help us as we move forward, send us questions on Facebook (Bitesize Theology), Twitter (@BiteTheology), or email ([email protected]) for us to answer on Extended Edition. Also, like, subscribe, and review us on iTunes. But enough shameless self-promotion. Here we’ll give an exclusive sneak peak at the episodes coming up the next two weeks:

In the four gospel accounts, Matthew, Mark, Luke, and John, we have historical firsthand testimonies of some of the things Jesus said and did while he walked the earth. Jesus was an offensive and polarizing figure. He may have had some teachings that seem palatable to us today – things like turning the other cheek when someone strikes you and not judging people. But then he said things that we tend to gloss over, things that would unsettle us and challenge us if we paid any attention to them. For one, he walked around forgiving peoples’ sins, which implied that he was the chief one offended in any dispute. He’d claim he was the Way, the Truth, and the Life, and that no one can come to the Father but by him. He’d preach not judging people, but then afterwards he’d declare himself the righteous Judge over everyone. He’d urged his followers to deny themselves, to take up their cross, and follow him.

We like to think of Jesus as some pleasant moral teacher who had a lot of nice things to say. But there’s a reason the religious community wanted to kill him. His teachings cut to peoples’ hearts, upended the things people assumed were true about the God of the Old Testament, and he even went as far as equating himself with the Father and having the same power and authority. If the claims he made about himself are true, if he really is Lord, then Jesus’ words deserve our full attention. There is no dodging or minimizing anything he said or did, especially the things that are hard for us to hear.

One of the most common ways Jesus would present his teachings was in the form of parables, which were short fictional stories that were both simple and complex. On one hand parables were used to communicate a complex truth about God’s kingdom in a way we can wrap our minds around. But at the same time Jesus’ parables were also innately perplexing – Jesus would rarely – almost never – outright explain what a parable meant. That means listeners would have to draw their own conclusions about what Jesus was saying. There’s work involved in understanding the parables, it requires us to dig in and think. A lot of times Jesus’ disciples would understand the truth Jesus implied through his parables, but the crowds following him would not…

“No one after lighting a lamp covers it with a jar or puts it under a bed, but puts it on a stand, so that those who enter may see the light. For nothing is hidden that will not be made manifest, nor is anything secret that will not be known and come to light. Take care then how you hear, for to the one who has, more will be given, and from the one who has not, even what he thinks that he has will be taken away.”

There are a few different ways we can interpret what Jesus is saying here. One of the more common interpretations is that the parable of the lamp has to do with the final judgment. Jesus is the lamp that exposes all of the things that we think are hidden or covered up about our lives. When all is said and done, all will be revealed. When Jesus is saying “Take care then how you hear,” he’s urging his followers to listen carefully. Because to the people who do hear and understand God’s word, more will be given, but the people who don’t listen and continue to depend on themselves will lose what they had been given in the first place…

Two chapters into the Sermon on the Mount, Jesus warns us against judging others. In 7:1-2, he tells us that we will be judged by the same standards that we judge others. Jesus immediately follows that charge with this parable, implying a connection between them. So, what does this mean?

In this parable, one person sees the fault in another, the speck in their eye, and takes it on himself to remove that fault. The problem is that person number one hasn’t realized that he has something even bigger and more dangerous in his eye, a more fatal flaw, that he hasn’t even noticed. Before he has any real hope of helping the other person with their small flaw, he has to reckon with his own because he cannot see clearly enough to do so until he does…

In the finals lines of the Sermon on the Mount, Jesus delivers a fitting end to his legendary message. After telling his followers and the crowd gathered around him the way that human beings were meant to interact with each other and with God, he explains the theological basis of Christianity: Jesus as the only foundation…