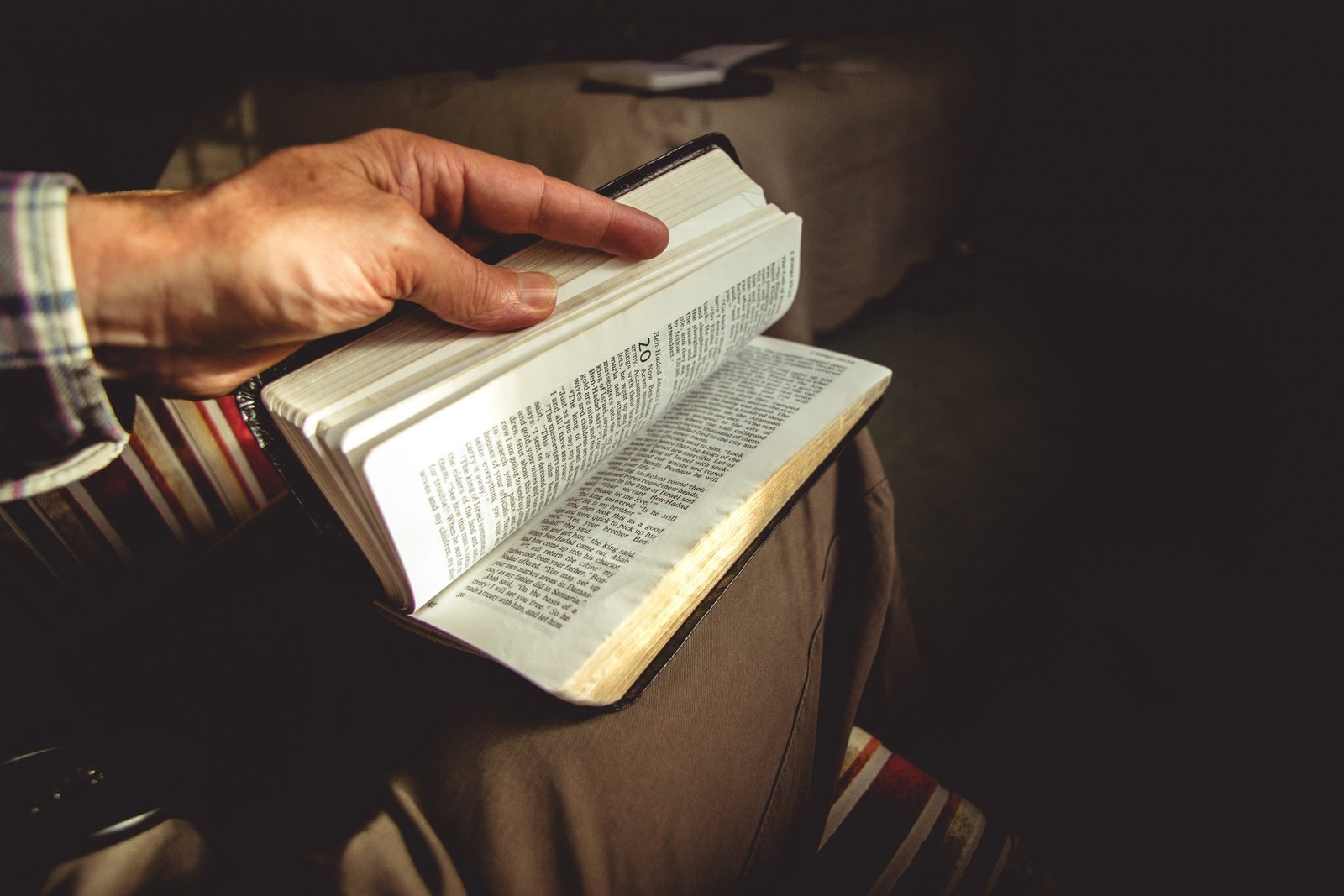 A Book as Old as Time

Did you know The Hunger Games was first published 10 years ago? That’s getting pretty old, but not as old as Twilight, that is celebrating 13 years in publication. Sure both of those books have made a tremendous cultural impact in that time, but have they been nearly as significant as the now 21-year-old Harry Potter and the Sorcerer’s Stone? Harry is still a kid compared to our friends from Middle Earth. Fellowship of the Ring is closing in on retirement at 64-years-old while Bilbo’s original tale in The Hobbit is over 80!

These are easily Google-able facts that may impress people at parties, or, at least, make them feel old. Each of these novels has touched peoples’ lives and added significant content to our popular culture, but there’s an older story out there that perhaps beats them all. Have you ever wondered how old The Bible is? The answer is complicated. It’s potentially a trick question, but it’s one that has shaped how our most recent generation’s view the story of God and his people. Currently, the view that’s taking shape is not a good one.

“America the brave
Still fears what we don’t know
And God loves all his children it’s somehow forgotten
But we paraphrase a book written 3,500 hundred years ago”

In the lyrics of Macklemore’s smash hit “Same Love,” we find an answer and it’s not wrong. Though it’s challenging to pin down exact dates to a lot of what was written for the Bible, most scholars agree that the Old Testament had begun being written down a few thousand years ago. It’s true The Bible was written by humans who lived in a time just like J.K. Rowling and J.R.R. Tolkien. It’s also true that when it comes to works of art, society often looks back and realizes that content was less than helpful. For example, since moving to the South, my wife has been challenging herself to read some prominent southern literature. While some used racist characters to expose their evil, there are others who lack such a critical lens.

So much is lost if this is how we view The Bible. If The Bible is just a book written 3,500 years ago, it becomes no greater than any other work of fiction in our libraries. Its content, its truths, are easily dismissed and with them God is also easily dismissed. Fortunately, The Bible itself doesn’t subscribe to this view. Was scripture written by humans? Yes. And no. Paul writes in 1 Thessalonians 2:13, “And we also thank God continually because, when you received the word of God, which you heard from us, you accepted it not as a human word, but as it actually is, the word of God, which is indeed at work in you who believe.”

The Bible is not the word of men, but the word of God. The prophet Jeremiah talks of this unique relationship that extends beyond ink and paper in chapter 31 of his prophecy, “’This is the covenant I will make with the people of Israel after that time,’ declares the Lord. ‘I will put my law in their minds and write it on their hearts. I will be their God, and they will be my people.’” This is echoed later by Peter in chapter 1 of his second letter, “Above all, you must understand that no prophecy of Scripture came about by the prophet’s own interpretation of things. For prophecy never had its origin in the human will, but prophets, though human, spoke from God as they were carried along by the Holy Spirit.”

The Bible being the divine revelation of God makes it something different than To Kill a Mockingbird or A Lesson Before Dying. This is summarized in the Westminster Confession of Faith, “The authority of the Holy Scripture, for which it ought to be believed, and obeyed, dependeth not upon the testimony of any man, or church; but wholly upon God (who is truth itself) the author thereof: and therefore it is to be received, because it is the Word of God.” We’re talking about God, the creator of the heavens and the earth, the Alpha and Omega, who the very wind and waves obey, speaking directly to his people. Just as God breathed life into you and I, Paul says in 2 Timothy, “All Scripture is God-breathed and is useful for teaching, rebuking, correcting and training in righteousness, so that the servant of God may be thoroughly equipped for every good work.”

Hebrews continues this thought, “For the word of God is alive and active. Sharper than any double-edged sword, it penetrates even to dividing soul and spirit, joints and marrow; it judges the thoughts and attitudes of the heart.” The word of God is alive and active. There is something different about The Bible, something that is difficult to put into words. John tried, though, “In the beginning was the Word, and the Word was with God, and the Word was God. He was with God in the beginning. Through him all things were made; without him nothing was made that has been made. In him was life, and that life was the light of all mankind. The light shines in the darkness, and the darkness has not overcome it.”

The swords and sandals of the Biblical setting may seem foreign to us, but The Bible is not frozen in time. Woven into every stanza of poetry, every verse of song, every metaphor, every hyperbole, every sermon, every letter, and every punctuation is our living, breathing God who operates outside of space and time. God’s divine revelation of truth, wisdom, grace, hope, and love spoke to people at the beginning of written history, but before that God was still speaking. In the beginning, God spoke creation into being and long after Matthew, Mark, Luke, and John rolled up their scrolls, God still speaks.

If we limit The Bible to its publication date, we limit the scope of who God can be in our lives. How old is The Bible? It was published in eternity, co-authoring our stories forever and ever. It is living, and breathing life into the world day in and day out. It’s truth and power are written on the hearts of believers. It has always existed. It is God. It is love. How old is The Bible? It’s complicated.