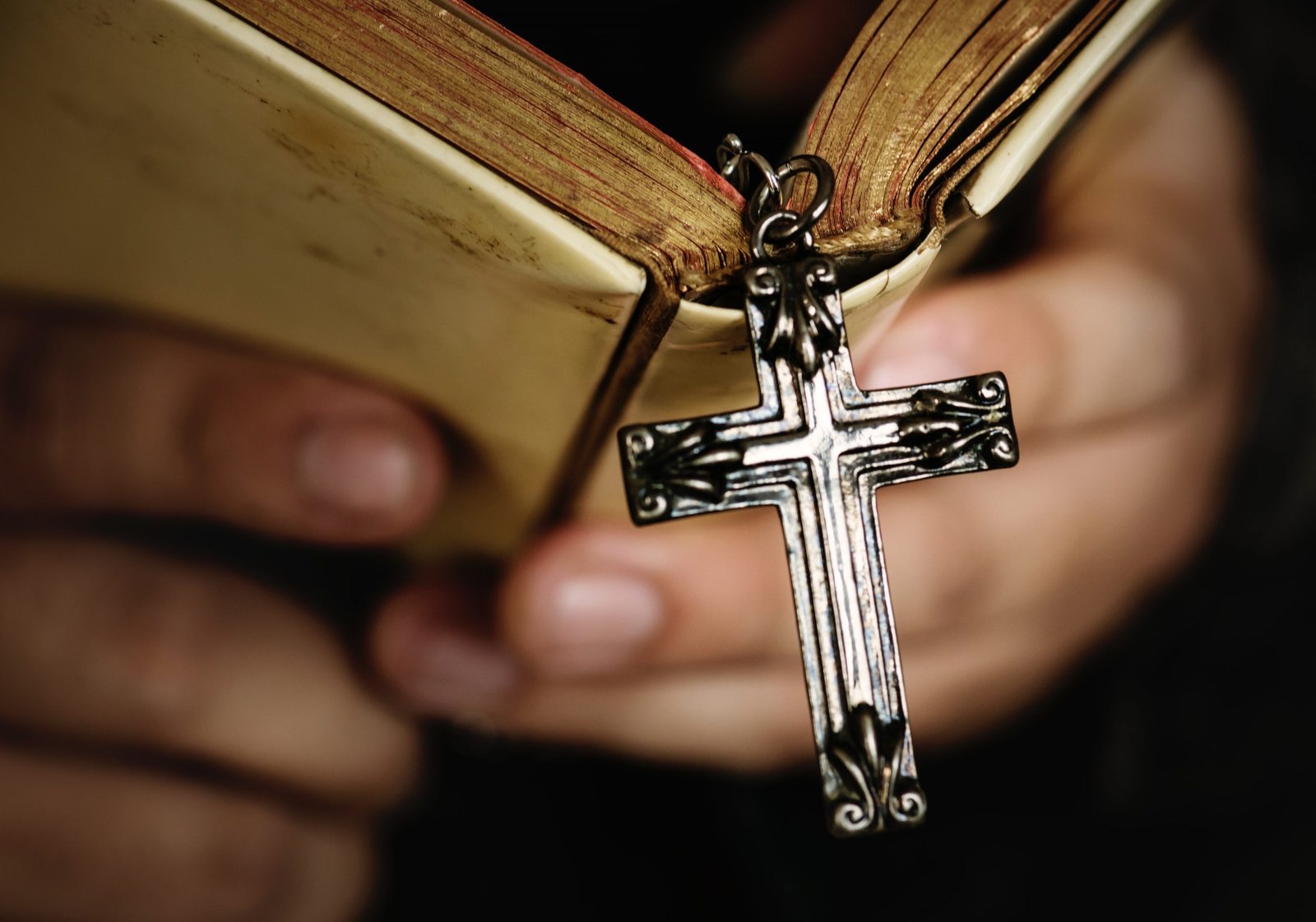 In the past 4 years I have moved more than I had in the previous 19.

This perpetual motion of moving began in 2015 when I moved to Costa Rica for a 9-month GAP Year program with SCORE International. (10/10 recommend. That trip changed and saved my life.) While there I got to know Jesus and my now hubby, John. When I returned to NY, I did not stay in my tiny hometown for more than 3 months before moving to Lancaster PA to go to Lancaster Bible College, (not my plan but God’s all the way, my plan was to go to a college near Manhattan…remind me to tell you that act of God sometime…), John and I went through the incredibly terrible process that is long distance (we’ll also have to chat about that load of… fun stuff sometime…). Putting an end to that I made one of the boldest moves of my life and left everything behind to move closer to the one person who mattered most. I moved to Tennessee, East Tennessee, where my hubby had grown up. We got married 3 months later and moved, moved, moved, moved, annnnnd moved.

See a pattern here? God, John and moving would be that pattern.

Since we got married in August of 2017, almost 2 years ago now, John and I have had 3 different zip codes, rented two moving trucks, and had one faithful dog. (Bronson doesn’t have all that much to do with the God, John and moving motif but I figured he deserved an honorable mention even if he still hasn’t learned how to share the bed and not consume it and when he takes a drink of water he drools more of it out in puddles on the floor than actually consuming it… he consumes our sleeping space and leaves his saliva and shedded fur piles as consolation. But he’s cute.)

But, comfort is something we all have to abandon if we are going to follow Jesus! Right? So leggo.

So, last Wednesday John came home from work and we started a conversation about something. We were frustrated and tired. We had looked at a house the week before and on Tuesday we got the call that it was ours to rent if we wanted it. We said yes. Now 24 hours later and we still did not have jobs, but yet, had a house. A place to move into but no way to pay for that place. We were squirming and trying so hard to rest and trust but our prayers were becoming more and more like cries and moans and a lot less decipherable. We said the things we had been saying for the past 6 months, God is going to provide, He is good, we will be okay, we will serve Him no matter what.

Maybe it sounds dramatic, but babe, I’m telling you, this is where we were at. Beaten down but not beat. Crawling forward. Just clutching on to hope for dear life as everything logically told us the employers were not going to call, or they would have already.

Then the doubts flooded in, was this the right decision? Should we have stayed? Did we discern God’s will wrong??

We left our house to go to a nearby trail to run. When we got to the parking lot, John turned off the car and my phone rang. Trying to not get my hopes up I looked down and… it was the job. The job I had interviewed for that was too good to be true. The one that it was like, no way is that ever going to happen- but it was. I answered and they wanted me to come in to go over what my position might look like. I was stunned and trying to hold in very high-pitched squeals as I “calmly” “checked my calendar” for when I could go in (because let’s be real, any day, any time, I am there with bells on). Hanging up the phone I looked at John he congratulated me, we freaked out and in the middle of exhaling in the peace that employment brought, his phone rang. Now he had been interviewed for the job a week and a half ago. Every day since, we had been jumping every time his phone rang. He tentatively looked down… it was the job. He answered. They wanted to hire him. We lost it.

God changed everything, everything in 5 minutes. Answers we had been pining for for 6 months.

We had turned down ministry job after ministry job, running after God’s will- yes, you read that right.

And I think that might deserve a side note: Just because a job is in ministry does not mean you should do it, that it’s the ministry job for you. The job that matches YOUR skill set. Not to say your job is not in ministry but every job in ministry is not for you. Be wise in which one you walk into. You have the possibility of hurting people much deeper in a ministry position than in a different job. People are much more vulnerable in ministry environments. Be careful which one you commit to.

We had picked our mental, spiritual and marital health over people’s opinions of us.

We had interviewed for over 30 jobs, gone to interviews, had phone interviews.

We had toured and searched for houses and apartments.

6 months of difficult decisions provoking our tears and other peoples.

6 months of growing and learning and falling and getting up.

6 months of singing to God even when every bone in our body wanted to curl up in a ball and not utter a word.

6 months of incredible, godly friends telling us God was going to come through, to trust in Him and His timing and that they were there for us, to push us onward.

Wednesday. Wednesday those 6 months that were just pushing on, at God’s voice, came to a screeching halt.

God completed the season and the winter ended. We blinked and the ice was melted. The green was showing through.

Seasons are such a cliché to use for times in our lives but they are cliché for a reason and that reason is because it is such an incredibly accurate analogy.

We had been in this “season” of waiting and were starting to grow numb.

God woke up our tired hearts and provided us with proof that we hadn’t waited on Him and hoped in vain but that those things we believed about Him ARE true! He DOES provide. He IS GOOD. We WILL be okay, and we WILL serve Him no matter what.

We still find things to worry about. To whine about. To discuss as if He doesn’t have it all covered. As if He is going to miss a detail. As if He is not as good as He has proven Himself to be all throughout eternity. And He loves us in all our humanity, faithfully.

Lady, listen to me, wherever you are in this process, waiting for God to provide, trying not to doubt His plans for you, or celebrating, it is all part of the process. God is creating in you a clean heart and renewing your mind with His Word. The book of Romans chapter 12, verse 2 says, “Do not be conformed to this world, but be transformed by the renewal of your mind, that by testing you may discern what is the will of God, what is good and acceptable and perfect.” Wherever you are at, don’t stop indulging in His truth. READ His Word, praise His name by affirming who He is. Speak it, sing it. Believe it no matter the season because truth does not change with your circumstances.

That is all that kept us steady throughout all of this.

Also, love, if this all taught me anything, it is that He is faithful and He is making us faithful.

He is faithful even when we are not.

He is faithful and He is making us faithful.

He can change everything in 5 minutes but He might take 5 years to make you faithful, like He is.

I cannot describe to you how much God has grown John and I through this process. If He had shown us who we were going to be, coming out of this year, 12 months ago and said this is the end goal but the trials are many, we would have said bring it on. Because we are different people than we were last June. God has refined us, stretched us, and taught us some difficult lessons, but it was so worth it. I would never go back to who I was before.

The trials and testing are to strengthen our faith and make us stronger believers.

The letter from James, chapter 1, verses 2 through 4:

Count it all joy, my brothers, when you meet trials of various kinds, for you know that the testing of your faith produces steadfastness. And let steadfastness have its full effect, that you may be perfect and complete, lacking in nothing.

Love, God is faithful. He will come through. Your struggle is not in vain. Hope in the one who is the identity of hope. He is faithful.