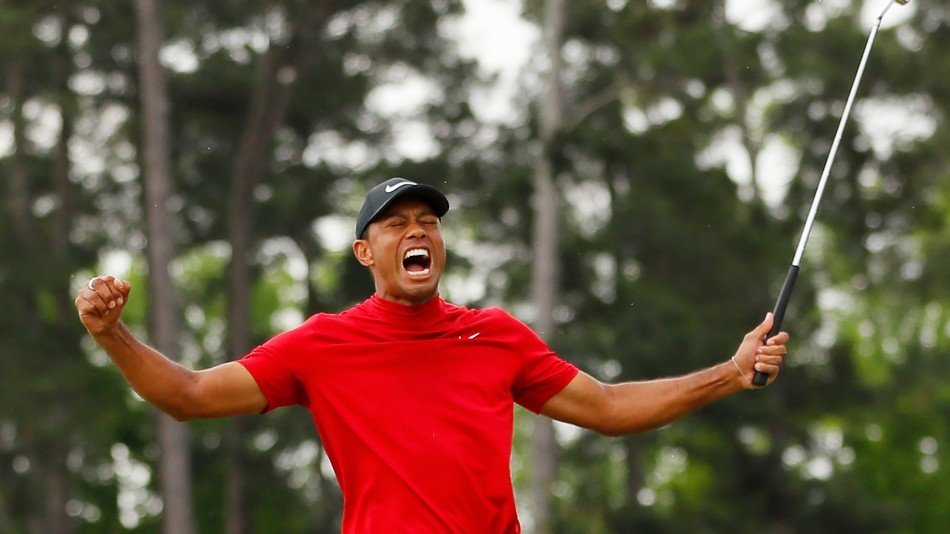 Don’t Call It a Comeback

I hope that everyone enjoyed the privilege of watching Tiger Woods win the Masters for his 15th major championship last weekend as much as I did. Truly, history walked those fairways in front of a global audience as the world descended onto Augusta, Georgia for a week through TV broadcast and, for those lucky enough to pace the hallowed, luscious ground of Augusta National Golf Club, well, that reserves a special place in anyone’s memory bank.

For those who did not watch or do not care about golf, allow me to explain. Just under two years ago, Tiger Woods ranked outside of the top 1,000 in the world. Yes, you read that correctly. It came as a shock to the entire sports world. Everyone grew accustomed to his absolute domination of world golf, to the degree that it granted him status as one of the world’s most famous athletes, and a superiority so far beyond the rest of his competitors that he often seemed an outcast figure, inaccessible to press, fans, and fellow PGA Tour players alike. Quite simply, Tiger Woods was invincible. But, his well-documented moral failures in the late 2000s began a downward spiral that, frankly, exposed his humanity to the world. A string of severe injuries – three knee surgeries, three achilles tendon injuries, and four back surgeries, including a spinal fusion (an operation he had in hopes to return to a normal life, and, from which no player has ever returned) cemented his descent into the unknown, and, honestly, irrelevance.

And, so, as I watched the Masters, and realized the whole world stood behind Tiger, urging him on with every swing and his masterful shotmaking on the back nine on Sunday, I wondered, “why?” Why does everyone associate with Tiger Woods in 2019? Sure, many fans adored him at his peak, but that is a common phenomenon for anyone who beholds exceptional talent. And, so, as I watched the golf unfold from my couch, and perhaps one of the greatest moments in the history of sports, I realized a few things.

Everyone loves a comeback story. Why?

Everyone loves redemption. Everyone wants an figure so powerful, so grand, and distinct to become like us – human, exposed, faulty, and ridden with problems – only to rise in glory again. Why?

It gives us hope, hope that we too can rise, that we too hold the potential to change and become all that we hope to be and long to see.

Is this not the Gospel? Did Jesus not come down from glory, where he reigned supreme over the universe as the LORD of creation, and descend onto earth to take on the weakness and fragility of humanity, to know the temptations and experiences of man? Jesus suffered far more than Tiger Woods could ever imagine when he felt the wrath of the Father and the insurmountable weight of the sin of the world crush him. He did not just fall out of relevance. He died.

But death could not hold him there. He rose. He exceeded all imaginable glory and took his rightful place at the Father’s right hand. Jesus, the one with all power, majesty, and authority, took on humanity and became like us, experienced the depths of pain and suffering, and showed us not just a comeback for all eternity, but he showed us the way to life, the way to freedom, and the way to the Father. It is himself.

And so, as imitators of Christ, we know that for those who trust him, for those that, in faith, believe on him, we too will rise. Rise from our pain. Rise from our suffering. Rise from our sinfulness. And we will stand on him as our grounds for righteousness and acceptance, and therefore, stand with him. His comeback has become ours. And what a story it is.