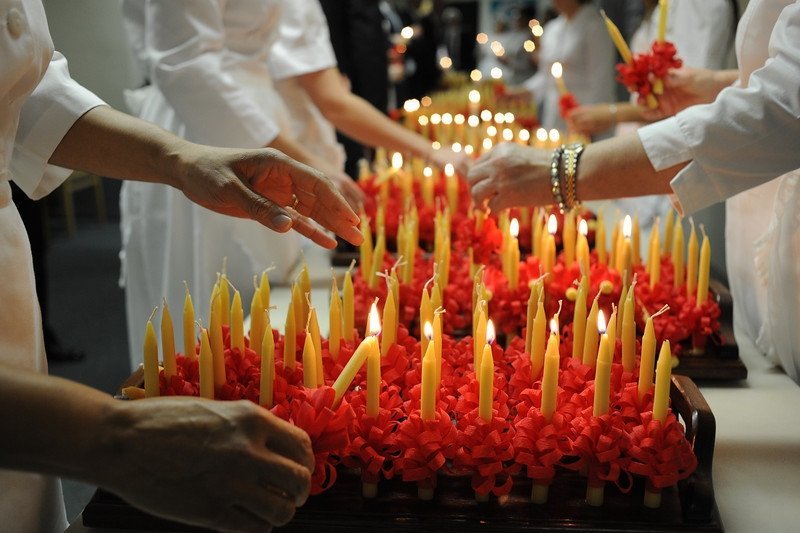 The story goes that there were two men walking down the road. They were discussing current events when they were joined by another man who asked them what they were talking about. They told him. One guy shared how he had been hoping that this year’s holiday would have turned out better than it did.

They explained that this guy Jesus had shown up to town. They had heard he was a great leader who had power to perform miracles. But they didn’t see any. All they saw was the powerful people in town execute him for treason. The fellow traveler nodded. He shared some thoughts from his point of view. The three continued down the road.

The two asked their traveling companion to join them for dinner. He accepted and took the honors of blessing and breaking the bread for them. Immediately, it says, “their eyes were opened and they recognized him.”

The two ran down the road to find Peter and tell him what had happened – how Jesus was recognized in the breaking of bread.

Months later, the disciples were in hiding when a wind blew through the neighborhood and they were filled up with the Holy Spirit. They start speaking funny and Peter got the courage to speak to a crowd about Jesus. Thousands believed and a church began.

It is said, “They devoted themselves to the apostles teaching and to the fellowship, to the breaking of bread and to prayer. Everyone was filled with awe…and the Lord added to their number daily those who were being saved.

It became part of life together for the early disciples. They called it the Agape or Love Feast. You could think of it as an early church potluck. Folks would bring what they had and they would share it with each other.

Eventually, things got unruly. Folks were so pumped about the feast that they started to come just to eat. Folks would pregame and get drunk and not leave any for the rest.

Paul writes about this in Corinthians.

Ultimately, the Love Feast is abandoned. The Lord’s Supper remains in its place. And seventeen hundred years go by.

There was this group of Germans near a little town called Herrnhut. They had been arguing over stuff and not getting along with each other. Things had gotten so bad that the local leader, a guy named Count Zinzendorf brought them together and made them do church. The day was August 13, 1727.

The seven groups shared communion together. They wept over how they had been treating each other. They asked for forgiveness. Folks were hugging, singing, crying on each other’s shoulders. No one wanted the church service to end (imagine that!) Count Zinzendorf sent for food. The seven warring factions broke bread together.  And Jesus showed up.

In this way, the Moravian Church began and the tradition of the Love Feast was reborn.

In 1753, Count Zinzendorf was granted a tract of land in what would one day become the Piedmont of North Carolina. A group of Moravians settled in a small abandoned shack there. Outside the wolves were howling. Inside, they lit a fire. They broke bread together. And Jesus showed up.

That little shack became the first settlement in what would one day become Winston-Salem, the place I live.

Two hundred and fifty plus years later the tradition continues.

Creamy coffee is prepared. Warm buns are served. It has become part of our Christmas tradition here in these parts.

But I hope it can become more than that. My hope is that in 2019, we would learn to break bread with each other. Folks from all walks of life, from every nation, color, and tribe – my prayer is that we would find opportunities to come together and break bread. Because if we do, when we do, Jesus will show up.