My aunt is a polio survivor. After polio ravaged her body, she was left with severely weakened muscles and walks with a visible limp. She often uses a stick or a cane, and she moves slowly and deliberately. Polio left its mark on my aunt, and although she partially recovered, her body still carries the visible scars of the disease.

I am also broken, but unlike my aunt, my brokenness is hidden. I also suffer from an illness, but my illness has left me broken in subtle, less obvious ways. I have partially recovered, but my mind sometimes remains crippled by my thoughts. While my aunt is broken on the outside, my brokenness lies deep inside of me, and threatens to destroy me from the inside.

We are all broken. Some of us are like my aunt – our physical brokenness is visible for the world to see. However, many of us are broken in less obvious ways. For those of us that are mentally, spiritually, or emotionally broken, we often appear to be “fine” on the outside. Because our brokenness is not readily visible to the outside world, we are able to disguise and hide our brokenness.

When I was a teenager, I became depressed and anxious as my thoughts crippled me. On the outside, I appeared to be an average teenager – I continued to excel in school, I was engaged in extracurricular activities, and I had an active social life. However, simmering beneath the surface of my normal teenage exterior, my mind was slowly destroying me from the inside out. As I matured into an adult, I continued to hold it together on the outside – I excelled academically and in my career, I married and had children, and I appeared to be living a normal, happy life.

Unbeknownst to me or those around me, my thoughts were slowly metastasizing like a cancer. Each hardship and challenge that I faced fueled my cancerous thoughts. Before I knew what had happened, my mind was consumed with self-critical, negative, anxious thoughts. I was convinced that nothing that I had ever done in my life mattered. I told myself that I deserved every bad thing that happened to me. When an illness or tragedy touched my children, I told myself that it happened because I was a terrible mother. I often told myself:

You destroy everything you touch.

You are broken, and you will never get better.

The world would be a better place if you were never born.

Everything that has gone wrong is your fault.

God has abandoned you.

Nothing you have done matters. You have no purpose.

The enemy hunted me down;
he kicked me and stomped me within an inch of my life.
He put me in a black hole,
buried me like a corpse in that dungeon.
I sat there in despair, my spirit draining away,
my heart heavy, like lead.

I was my own worst enemy. My thoughts “hunted me down” and I could not escape them. My own mind “kicked me and stomped me …. [and] put me in a black hole, buried me like a corpse in that dungeon.” My mind bombarded me with vicious self-criticism until I was left sitting “there in despair, my spirit draining away, my heart heavy, like lead.”

I knew that I could not remain in that pit. When my aunt had polio, she was in a hospital for months.   Her physical body was much worse before she exercised and worked to walk again. I knew that I also had to work to stop my spirit from draining away. I also had to exercise my mind to strengthen it.

In Philippians 4:8-9, Paul tells us how we can strengthen our minds:

Summing it all up, friends, I’d say you’ll do best by filling your minds and meditating on things true, noble, reputable, authentic, compelling, gracious—the best, not the worst; the beautiful, not the ugly; things to praise, not things to curse. . . . Do that, and God, who makes everything work together, will work you into his most excellent harmonies.

When I think, “the world would be better without you,” I have to challenge that thought with “’For I know the plans I have for you,’ declares the LORD, ‘plans to prosper you and not to harm you, plans to give you hope and a future.’” (Jeremiah 29:11). When I tell myself, “you are broken, and you are a disappointment,” I counter that thought with “I praise you because I am fearfully and wonderfully made;  your works are wonderful, I know that full well.” (Psalm 139:14) When I think, “this is your life now – it will never get better,” I tell myself, “And we know that in all things God works for the good of those who love him, who have been called according to his purpose.” (Romans 8:28)

As I have challenged lies with truth, my mind has gotten stronger. That does not mean that now everything is rainbows and unicorns. I still battle my brokenness. In that way, I am like my aunt. While she was able, after much work and exercise, to walk again, she still carries the visible reminders of her physical battle with polio. She is still broken. I too, still carry the remnants of my battles. I still have negative thoughts. I still have a battle raging inside my mind. However, I am stronger, and I am freer than I was before. For that, I am thankful. 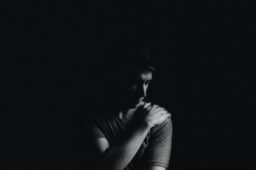 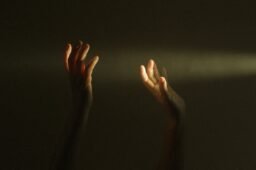 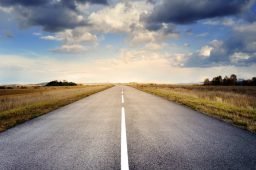