Why We Fight About Money

I don’t like spending money on birthday presents. If you’re related to me, know that if you received a nice gift from me, it came from my wife. The fact that both our names were on the card shows how generous she is in allowing me to play along and remain in good standing with the family.

She has her own issues; she doesn’t like budgeting. We both know this. Sometimes we fight while we look at our budget, each of us looking at it from different angles. Having a budget makes me feel secure, like I have some idea where our money is going, and there will be enough of it left at the month’s end (if she doesn’t spend it all on birthday presents – subtle jab, I know).

Over the years, we’ve learned how to deal with one another, to give a little here and there so each can get what the other wants.

She and I relate to money differently.

“Does your teacher not pay the tax?” asked the tax collector, loaded for bear as he approached the Apostle Peter, ready to catch Jesus and this newly forming community of faith in a pickle. It was a live issue in pre-70 Judaism, a carryover controversy from some of their long-debated, long-standing and diverse Scriptural interpretations—they debated who should pay this tax.

When they walked into the house, Jesus spoke first to Peter: “From whom do the kings of the earth take toll or tax? From their sons or from others?” The answer was obvious, “From others.”

“Then the sons are free,” responded Jesus. “However, not to give offense to them, go to the sea and cast a hook and take the first fish that comes up, and when you open its mouth you will find a shekel. Take that and give it to them for me and for yourself.”

We assume that the fishing trip went as planned because the drama ends. Next scene.

However, Jesus began. In other words, we have a right to live one way, to live from our own viewpoint, from the truth as we see it, but because we do not want to give offense to them, we’ll pay their tax.

Them. We have insiders, and we have them—the Other.

When it comes to money, Jesus determined, you have to keep an eye toward how other people view it, what they expect, and how that’s going to create challenges if you don’t find some middle ground.

The Jesus principle—so as not to offend them, give some.

How can you learn to see the world through another’s financial lenses? To use and view your money in a way that doesn’t offend them, whomever they may be? 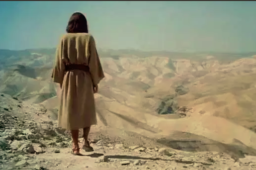 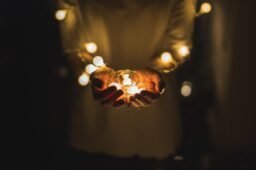 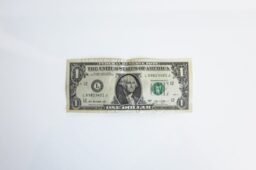